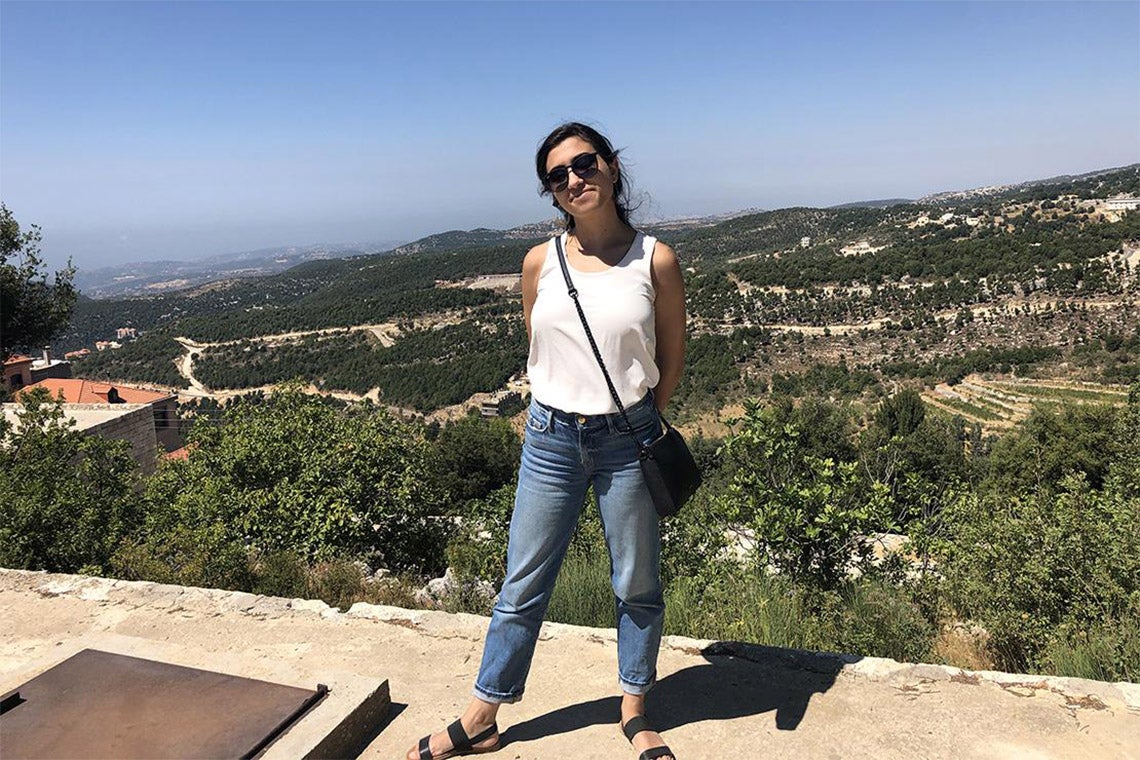 Farah Hamade woke up and checked her phone the morning of Aug. 4. Her family chat group was crammed with messages: "Is everyone OK? What happened?”

It was 6 p.m. local time in Beirut, when a stockpile of ammonium nitrate stored in a warehouse exploded in the city's port. A second, stronger explosion obliterated buildings and devastated the densely populated area. Hundreds of people died. Thousands were injured. Many more were displaced.

Next, videos of the destruction appeared in Hamade’s social media feed.

"The footage was shocking,” says Hamade, a second year graduate student in the master of science in biomedical communications program at the University of Toronto Mississauga. “I was in utter disbelief. My family sent photos of damage to their offices and homes, of destruction in the streets that are so familiar to me.

“Thankfully my family is safe, but we all know someone who has been injured, left homeless or killed."

Hamade was born in San Francisco. She lived in multiple countries while growing up and considers Lebanon her second home. “I grew up visiting family in Beirut multiple times a year for holidays and summers. A big part of my family lives in Beirut and the surrounding areas,” she says.

Her memories from Beirut are of family greetings at the airport, pillow forts in her grandmother’s apartment and morning coffees on her aunt's balcony. 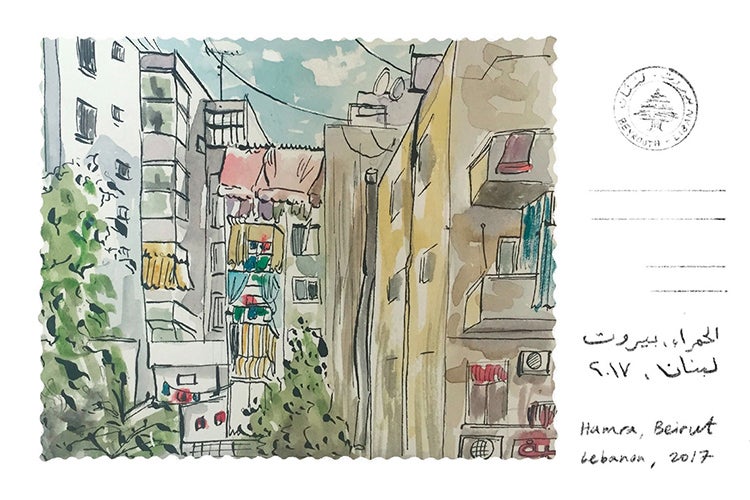 To help raise money for disaster relief efforts, Hamade is selling postcard prints of a watercolour sketch that depicts the view from her aunt's balcony in the Hamra neighbourhood of Beirut circa 2017.

“It's a city filled with life and creativity, nestled between the sea and the mountains,” says Hamad, a biomedical visualization specialist.

Already concerned about Lebanon’s financial crisis and public protests, Hamade says she now worries about the coronavirus pandemic as victims made homeless by the catastrophe try to find shelter with family and friends.

Despite feeling overwhelmed and exhausted, Hamade says that she knows she can help, even from a distance, by raising funds and sharing news. So, she is selling postcard prints of a watercolour sketch that depicts the view from her aunt's balcony in the Hamra neighbourhood of Beirut circa 2017 (funds can be sent via Venmo to farahamade). She says the sketch represents both a happy memory for her and a hopeful future for the city.

Regardless of the reasons behind the catastrophe, Hamade says the important thing is people who are suffering need help.

“I hope that these postcard prints will encourage people to donate and maybe even inspire them to visit Beirut one day.”