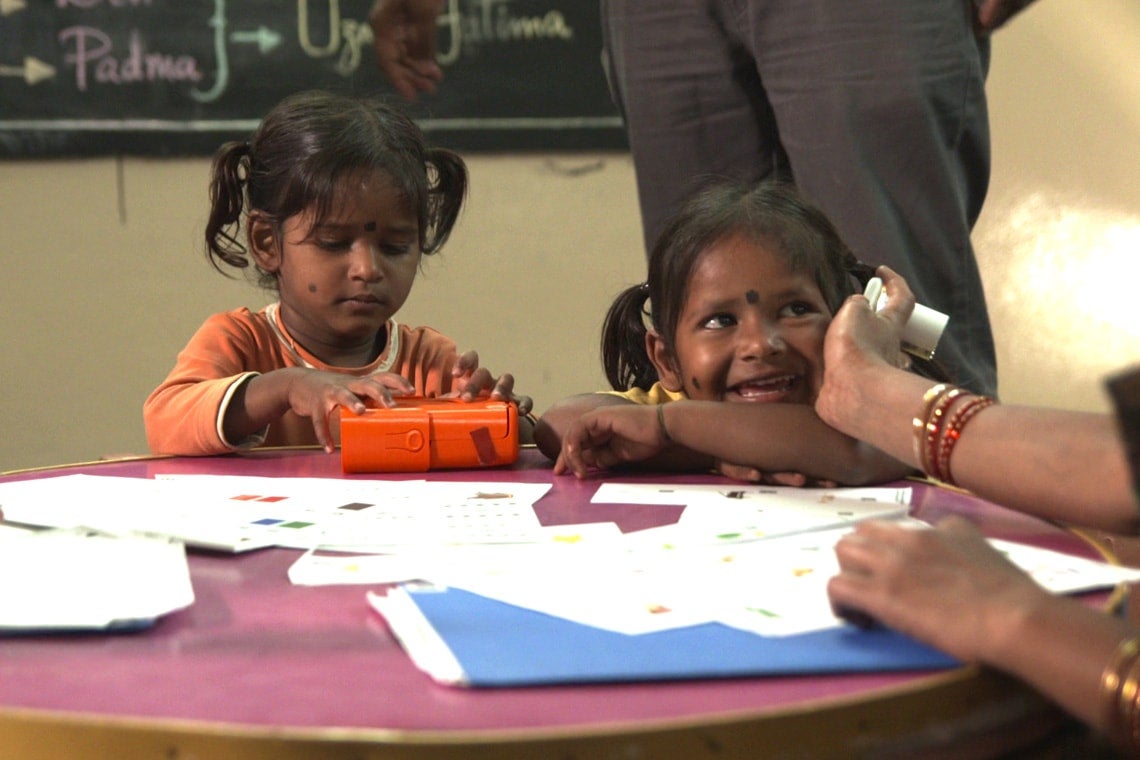 Children learn how to read using Talking Stickers in a joint project in Hyderabad, India, with one of the country's largest non-government organizations, Pratham (photo courtesy of Attollo)

Two years after a U of T startup gained the global spotlight at the Hult Prize finals, the world’s most competitive social entrepreneurship competition, a Helsinki-based organization has named its early-childhood literacy aid to a list of 100 inspiring education innovations.

HundrED, a non-profit organization that focuses on improving K-12 education, recognized Attollo’s Talking Stickers – which help young children learn to read using stickers that talk, or rather read back words – at its global innovation summit in Finland today.

The company, started by former U of T students at the Rotman School of Management, uses stickers with QR codes that play on users phones and tablets. The startup works with local education centres in disadvantaged communities globally to record stickers in different languages and then hosts a platform for users to access the audio recordings.

HundrED says Talking Stickers not only provide an “immersive experience” for children, but they also go from the classroom to the home where “the process breaks barriers of accessibility and affordability.”

Last week, Attollo also got tapped to receive US$100,000 as a finalist at Expo 2020 Dubai. During the summer, the Toronto-based company received a $250,000 grant from Grand Challenges Canada-Saving Brains consortium to bring the reading program to less-privileged children in India and evaluate it.

This is all coming on the heels of UNICEF showing interest in the startup as the agency tries to reach the UN’s Sustainable Development Goals for 2030 in early childhood development, says Lak Chinta, CEO and co-founder of Attollo.

But first the Talking Stickers program needs to prove its ability to scale up and undergo a rigorous evaluation, he adds.

“This is where the real journey begins for us,” says Chinta, who was in Helsinki for HundrED’s summit. “It took two years for us to figure out the market. It took two years to also figure out what the solution and the product is for us. Now we are trying to evaluate it, as well as at the same time look at the business viability. 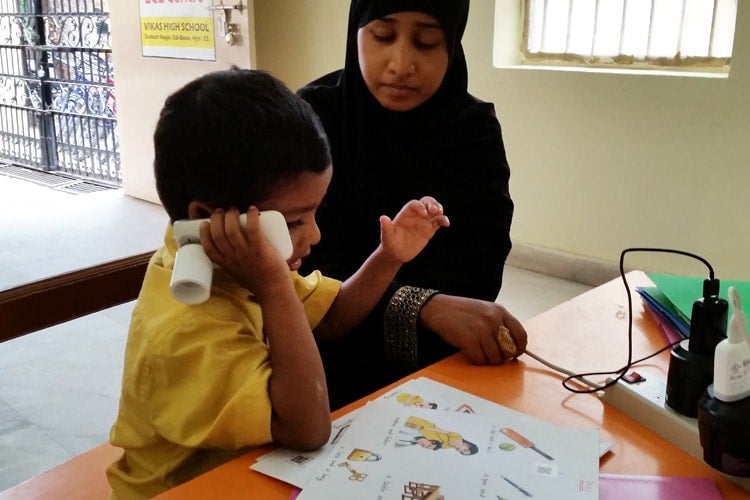 U of T’s Team Attollo came into being three years ago. Vying for $1 million in seed capital funds for the Clinton Global Initiative's 2015 Hult Prize, the team of four came up with the idea of stickers that talk.

“Every child loves stickers,” Chinta has said. “We used this fact to design Talking Stickers for children to improve language skills through play.”

After the team won the regionals, faculty and entrepreneurs from across the university and city stepped in to help Attollo develop its concept, offer financial support and prep for live pitches and presentations. Rotman School of Management’s Professor Dilip Soman talked to the Canadian Trade Office in Delhi about the startup and helped them snag a face-to-face meeting with government officials in the state of Telengana.

The team did not win the prize but performed strongly at the finals, receiving interest in the Talking Stickers concept. Today, the company is down to two of its original members, Chinta and Peter Cinat. They’ve spent the last year moving away from developing a device to creating a cloud-like platform for their product, and moving away from designing education curricula to leaving that expertise up to education partners. The company is also looking to add new talent.

In India, the startup has been working with Pratham, one of the largest NGOs in the country. The team was testing Talking Stickers at schools in Hyderabad, India, Chinta’s native city.

The startup plans to use its $250,000 grant money, awarded in July, to help develop a business model to sell its Talking Stickers products through schools, and to test distribution channels in India. The third-party evaluation will be led by New York University Professor Hirokazu Yoshikawa, who is also including a study of the product’s impact in his global MOOC course, says Chinta.

Throughout last year Attollo felt the love from UNICEF, Chinta adds. The startup was invited to speak at various conferences in Tanzania and South Africa, and train field workers with Talking Stickers. 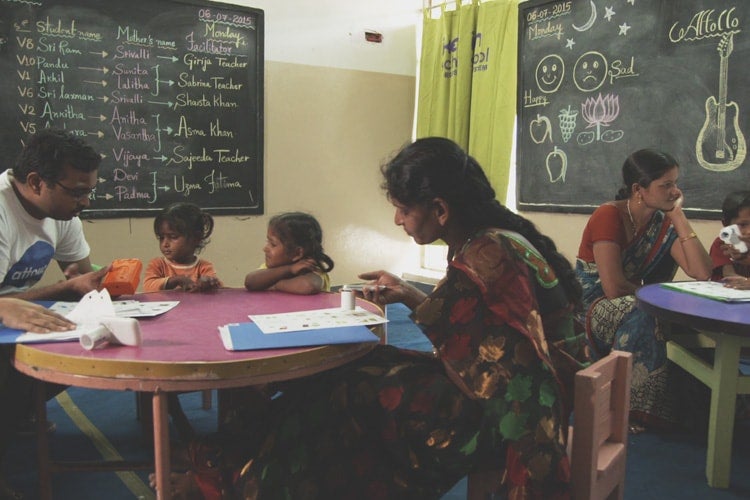 Then, at a workshop co-organized by UNICEF and World Bank in June on the UN’s Sustainable Development Goals, Attollo was the only startup, private-sector organization in the room, Chinta says.

“The concept 15 years ago was making children survive in their early years, but now in the SDG 2030 goals, it’s that children should thrive, and to thrive better, their brains need to be developed early on,” he says. “That’s where they projected a video of Talking Stickers, and that’s where UNICEF said we will invite you and be your advocacy partner, but you guys need to be going and testing it more rigorously.”

The $250,000 grant will help with that effort, as will exposure and a chance to scale up in India with the US$100,000 the startup is getting for making the competitive cut for the Dubai 2020 expo.

The Canadian Trade Commissioner says Talking Stickers is one of three innovative projects from Canada – 16 globally – to be chosen from 575 applicants worldwide.

Organizers were looking for creative solutions to pressing global challenges for the 2020 world fair, which typically seeks to celebrate the latest inventions and technologies, according to the trade commissioner’s website.

The money will help Attollo scale up as well as try to meet specific milestones laid out by the expo for the next 12 months.

“This kind of credibility and support that we’re getting globally is something that’s created buzz behind Talking Stickers, and probably contributed to us getting in HundrED’s Top 100,” Chinta says. “Right now, we don’t have to worry about funding, but we can focus on executing on the milestones. If we can execute on these milestones, I think we are on a path of success in the markets where we are operating.”