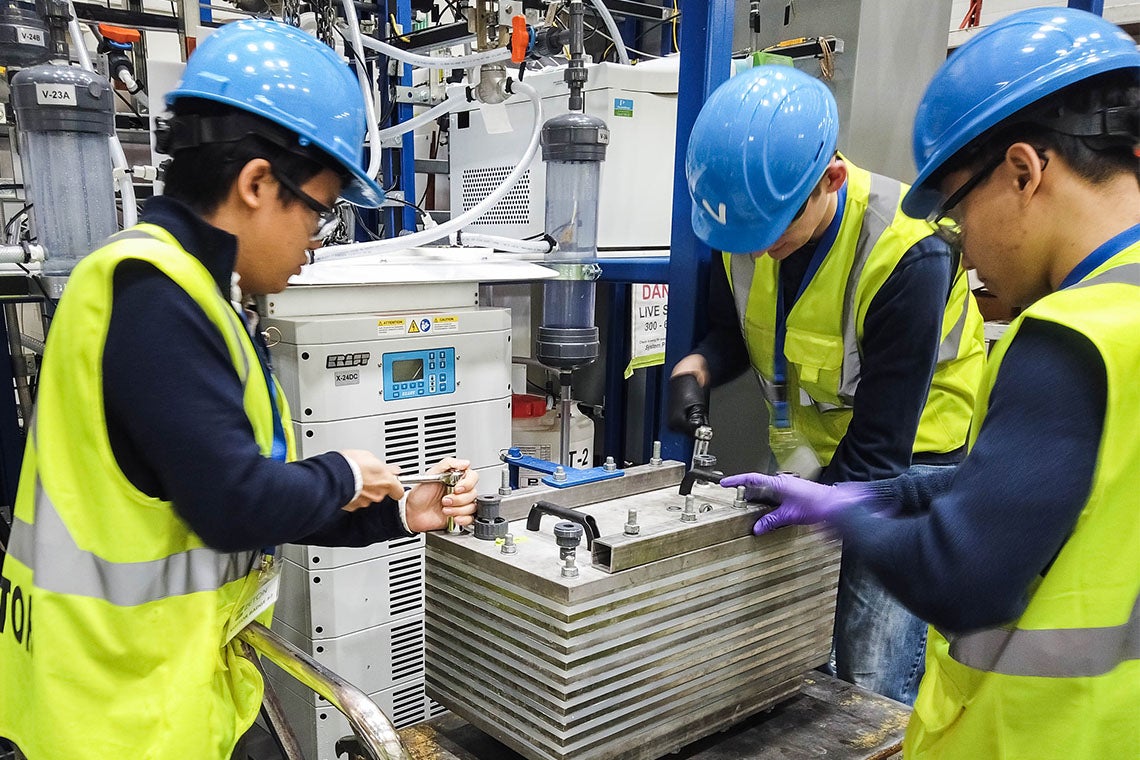 CERT team members work on a pilot-scale electrolyzer at Zeton Engineering in Burlington, Ont. The team's technology, built on research at U of T, transforms waste carbon dioxide into valuable products (photo by Christine Gabardo)

CERT Systems Inc., a company spun out of the University of Toronto’s Faculty of Applied Science & Engineering, has received support from Breakthrough Energy Solutions Canada to advance an innovative system that transforms carbon dioxide into valuable products.

The company builds on research from two U of T Engineering lab groups, led by Professor David Sinton and University Professor Ted Sargent. CERT is among 10 winners in the competition, each of whom could receive up to $3 million to develop their clean energy technologies.

“Being part of this competition has been a wonderful experience,” says Alex Ip, the director of partnerships at CERT. “It’s amazing to see how many bright minds from across the country are focused on this challenge. The fact that we are among the winners is a huge vote of confidence in our technology.”

Last month, 22 clean technology startups gathered in Ottawa to pitch their business plans to a panel of experts at the forum. The winners were announced today by Natural Resources Minister Seamus O’Regan at the GLOBE 2020 forum in Vancouver.

CERT’s technology centres on electrolyzers, devices that use electricity to drive a chemical reaction. In particular, CERT designs electrolyzers that convert CO2 into carbon-based fuels such as ethanol, or other commercially valuable chemicals like ethylene, which is used in everything from antifreeze to lawn furniture.

“Today most of our fuels and plastics come from oil,” says Christine Gabardo, the director of technology at CERT. “If we can instead make these same products via electrochemical conversion of CO2, we can reduce the use of fossil fuels and increase the economic incentives to capture carbon. And if we use renewable electricity, the whole process is carbon-neutral.” 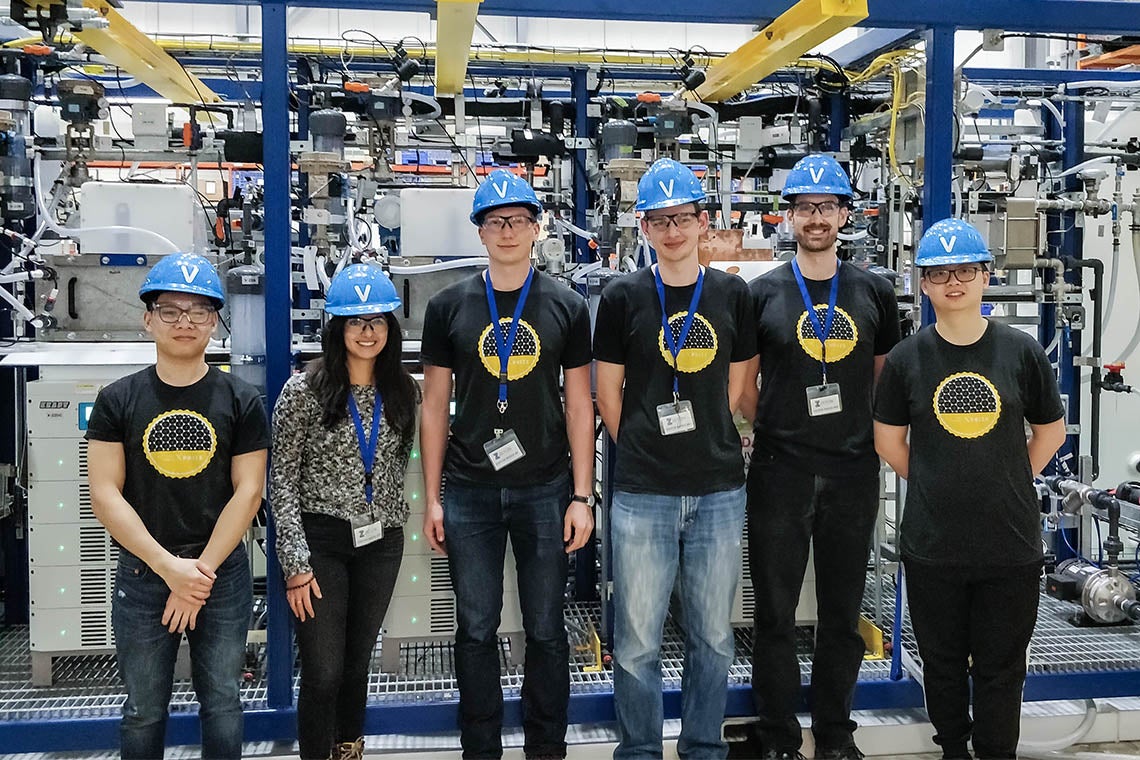 The challenge is that the cost of producing fuels and plastics from CO2 using electrolyzers is currently higher than that of producing them from oil. By leveraging their expertise in nanotechnology, materials science, catalysis and artificial intelligence, CERT is designing next-generation electrolyzers that can close this gap.

In addition to the Breakthrough Energy Solutions Canada award, CERT is among the finalists in the NRG COSIA Carbon XPRIZE, a $20 million competition to design technologies to upgrade CO2 into valuable products.

For the past 18 months, the team has been building and testing their prototype electrolyzer at a pilot facility hosted by Zeton Engineering in Burlington, Ont, with major funders that include the Ontario Centres of Excellence. U of T has also financially supported the project, with the goal of creating a future pilot project on campus.

"Supporting the CERT team XPrize plant-build has been an opportunity to lever research and build foundational carbon conversion capacity as part of U of T's Low Carbon Action Plan," says Scott Mabury, U of T’s vice-president, operations and real-estate partnerships, and vice-provost, academic operations.

Ron Saporta, U of T’s chief operating officer of property services and sustainability, adds that “it has been great to work with the team in initiative, and we are looking forward to having this technology come back home to our campus.”

In January, the team moved their prototype to a pilot plant at the Alberta Carbon Conversion Technology Centre, located next to the Shepard Energy Centre natural gas plant in Calgary, Alta., and managed in partnership with InnoTech Alberta.

“Watching the progress of this team over the past few years has been extremely rewarding,” says Sinton. “We’ve been able to achieve fundamental advances in terms of the underlying science and technology, while marching toward commercialization and scale. This latest award helps us build even more momentum.”