U of T to sequence genomes of 10,000 people per year: “Information is the new oil,” say University of Toronto scientists 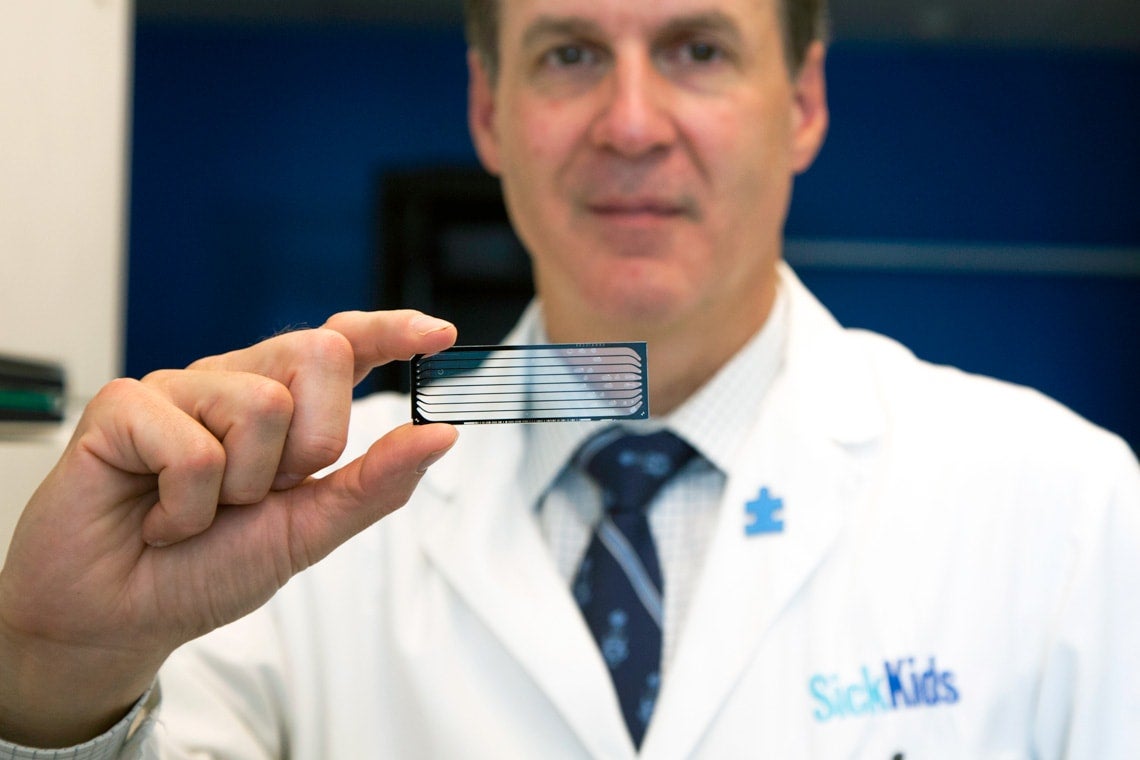 (all photos by Johnny Guatto)

City becomes one of the world’s leading producers of biodata

The University of Toronto today launched a massive project to sequence the whole genomes of 10,000 people per year –  positioning Toronto as a leader in the global race to understand complex diseases.

With the population of Toronto among the most diverse in the world, the project will provide an unusual breadth of genetic material to study, said Professor Stephen Scherer, director of U of T’s McLaughlin Centre and the Centre for Applied Genomics at The Hospital for Sick Children (SickKids).

He said the move will accelerate the big data revolution and create a new generation of precision therapies.

“With sequencing now married to large-scale computation, I believe we in Toronto can help lead the way for precision medicine. Genomic information is the new oil. It’s the resource that’s going to drive technology in the new era.

“We’re generating the oil that researchers will use to enable discoveries and to create new products in software, biotechnology and information management that will realize precision medicine.”

In 2015, Toronto scientists, led by Scherer, earned competitive Canada Foundation for Innovation funding to purchase the Illumina HiSeq X™ Ten sequencing system, along with powerful computers that together can process the 10,000 genomes a year. Previously, Toronto researchers had been forced to send genomes to offshore labs for sequencing, causing research delays and significantly higher costs. The project will generate data from thousands of control genomes serving as crucial controls for the world’s researchers. The genomes, to be sequenced in Scherer’s lab, will provide medical researchers the necessary yardstick by which to compare diseases. 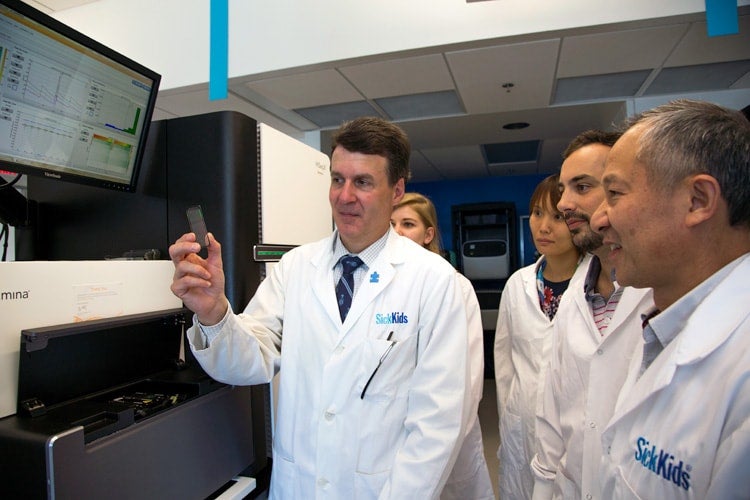 “The groundbreaking work that U of T  and SickKids have done for the MSSNG Autism Genome Sequencing Project and the Canadian Personal Genome Project has set the stage for the creation of a large pediatric reference genome that will have far reaching utility in complex disease,” said Christian Henry, executive vice-president and chief commercial officer of Illumina. “We believe Toronto’s research community is already linked to vast repositories of patient health data and is committed to finding answers in complex diseases.”

“Whole genome sequencing is bringing the worlds of life science and data science together,” said David Glazer, on the Steering Committee for the Global Alliance for Genomics and Health, founder of Google Genomics, and engineering director at Verily Life Sciences. “The combination of those two disciplines is one of the most exciting frontiers in medicine today. Our existing collaboration with Steve's lab on the 10,000-genome MSSNG project is a good example of the opportunity; we're eager to see the many more such projects enabled by today's announcement.”

Big Data, the massive streams of information now being generated through advances in computational power, is transforming medical research. Whole-genome sequencing is used to understand life at its most fundamental level but also to find unique genetic defects that underlie disease in individuals, and design diagnostics and precision treatments for them.

“Toronto has unique advantages in the world that allow us to generate  high-quality data sets and manage those securely and ethically,” said Professor Trevor Young, dean of the Faculty of Medicine at the University of Toronto, which encompasses nearly 6,000 faculty members from 33 hospitals in the Greater Toronto Area.

“Within a mile radius we have one of the world’s leading medical schools, connected to most of Canada’s top hospitals and other key research fields such as computer science and engineering, as well as the headquarters of Canada’s top financial institutions.” 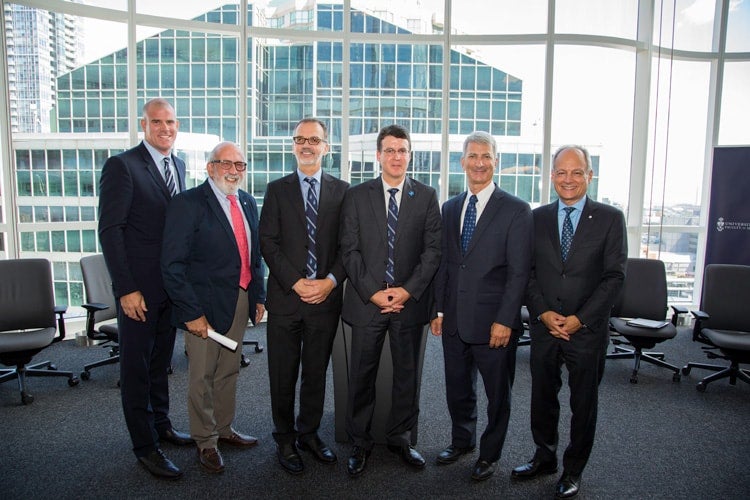 Precision medicine will come about when genetic data is matched to other kinds of health and lifestyle information. In Toronto, a single medical school connects all the city’s hospitals to each other and to other key research fields including the social and physical sciences. Meanwhile, university researchers, physicians and hospitals are connected to the provincial government and to the patients of Toronto through the single-payer health insurance system.  The population of Toronto is also among the most diverse in the world, providing an unusual breadth of genetic material to study.

For many years, Ontario researchers have analyzed anonymized patient health information through the single payer system, and Toronto scientists such as Lap-Chee Tsui, who identified the genetic defect causing cystic fibrosis, have been at the forefront of genetic research. Now, Toronto researchers have the ability to produce massive streams of genomic data at a reasonable cost. 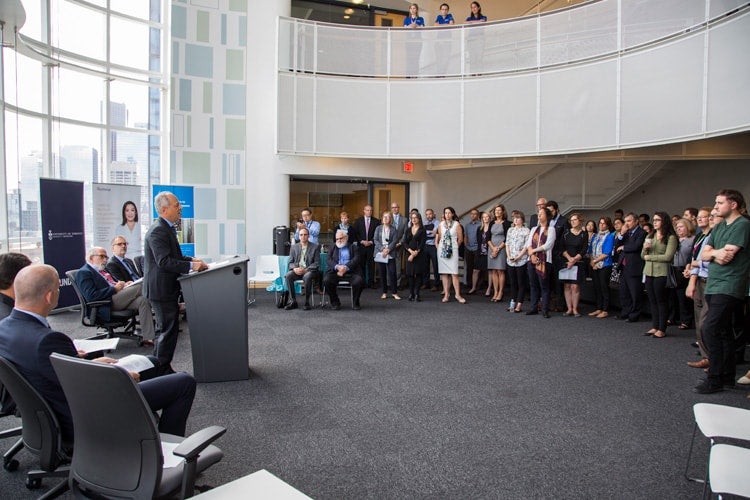