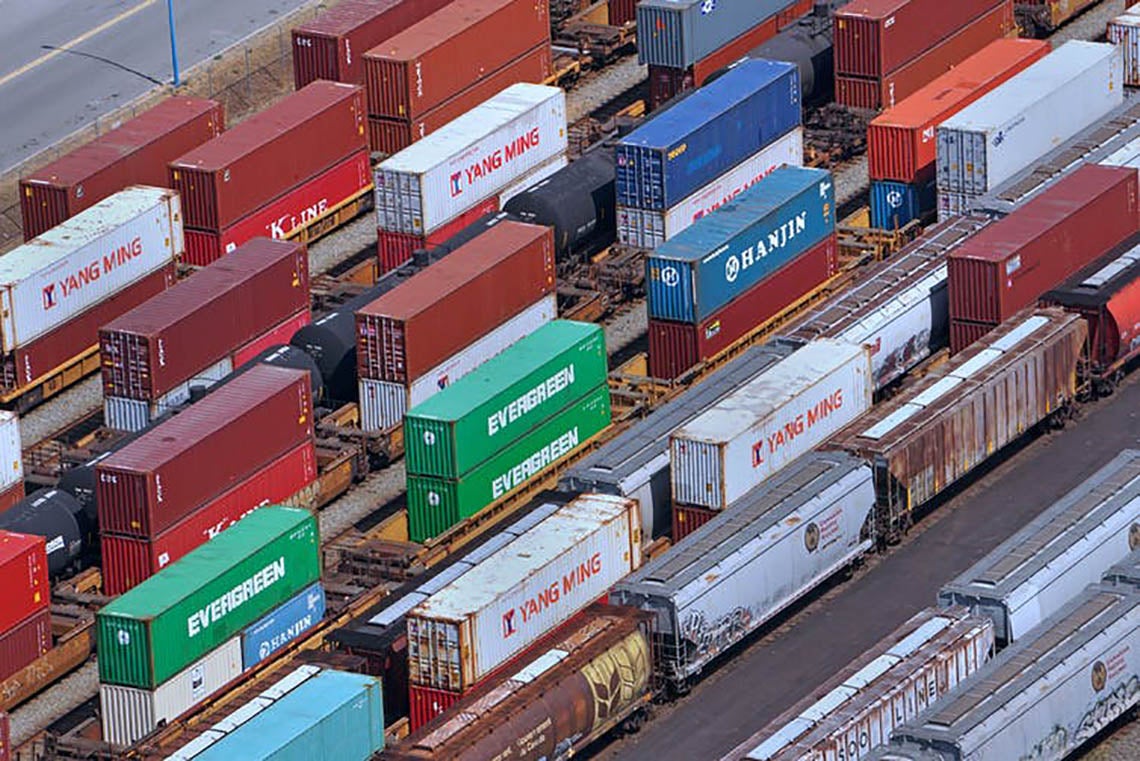 Cargo containers from Asia are seen in the port of Vancouver in 2015. Tiff Macklem argues that Canada needs to diversify its trade beyond the U.S. and increase our links to rapidly growing emerging market economies (photo by Shutterstock)

With the difficult renegotiation of the trade agreement with Canada’s largest trading partner now resolved, it’s time for Canada to get serious about trade diversification.

The experience of renegotiating NAFTA – or USMCA as it is now called – has highlighted Canada’s vulnerability to one dominant trading partner that buys roughly 75 per cent of our exports.

As a country, we should not be in this position. We need to diversify our trade beyond the United States and increase our links to rapidly growing emerging market economies, particularly in Asia, despite the “anti-China” clause in the USMCA.

Given that growth has pivoted to these emerging markets in the last 15 years, the first question is why has this not happened already. The answer is straightforward.

For a long time, being right beside the United States – the biggest, richest market in the world – has been a great ride for Canada. What’s more, we’re very comfortable and good at doing business with Americans.

Fewer benefits of living next to U.S.

So why diversify? The short answer is being right next door to the United States is not the ride it used to be. Part of this is the alarmingly protectionist sentiment of U.S. President Donald Trump’s administration, but the root of the answer pre-dates Trump.

In the last 15 to 20 years, the United States has not been the engine of global growth that it was in the past. The U.S. share of global growth has been almost cut in half in the last two decades, falling from about 32 per cent in the 1990s to about 17 per cent in this decade. Over the same period, Asia’s share has risen from 32 per cent to just over 50 per cent, according to our analysis of World Bank trade data from the Institute for Competitiveness & Prosperity. This has created a double challenge for Canada.

First, we are significantly underexposed to emerging market economies, so we are getting little upside from their acceleration in growth.

Too engaged with sluggish economies

This is much lower than our peers. In Germany, the share of exports to emerging markets and other developing countries is in the 20s; for Japan and the U.S., it’s in the 30s; and in Australia, it’s in the 40s.

Second, these rapidly growing economies are providing increasingly fierce competition for our products in the U.S. market. In 2000, Canada was the leading source of American imports. Today, China has the largest share of U.S. imports at 22 per cent, up from only eight per cent in 2000. In the same period, Canada’s share has declined from just over 18 per cent to about 13 per cent.

We should have developed a diversification strategy a decade ago. But without a crisis, there has been little imperative. Call it lack of vision, risk-taking or leadership.

Emerging markets and Asian markets, in particular, are often seen as distant and less familiar. They are seen as risky and more expensive to penetrate. The consequences have been stark.

In the last 15 years, Canada’s share of the world export market has slipped from about 4.5 per cent to about two per cent. Part of this trend was inevitable as large emerging market economies joined the global trade and investment network, but Canada’s slide has been particularly precipitous.

Across the world’s Top 20 exporting countries, Canada’s performance since 2000 has been the second worst – only Japan has seen a bigger decline in its trade share than Canada.

The place to start is with Asia’s two biggest economies, India and China. The new USMCA contains provisions that allow signatories to pull out of the deal if one country pursues a separate free-trade agreement with a “nonmarket country” – namely, China. But that should not be a barrier to this pivot.

India is a thriving democracy with strong ties to Canada. And as highlighted in a recent report on trade diversification from the Public Policy Forum, there is much that can be done with China short of a comprehensive free-trade agreement through sectoral agreements that offer “the best means for realizing quick and significant gains.”

Instead of waiting for a crisis, let’s make trade diversification the priority it should have been for at least the last decade.

Tiff Macklem is the dean of the University of Toronto’s Rotman School of Management and a professor of finance.

This article is republished from The Conversation under a Creative Commons license. Read the original article, including Macklem's disclosure statement.