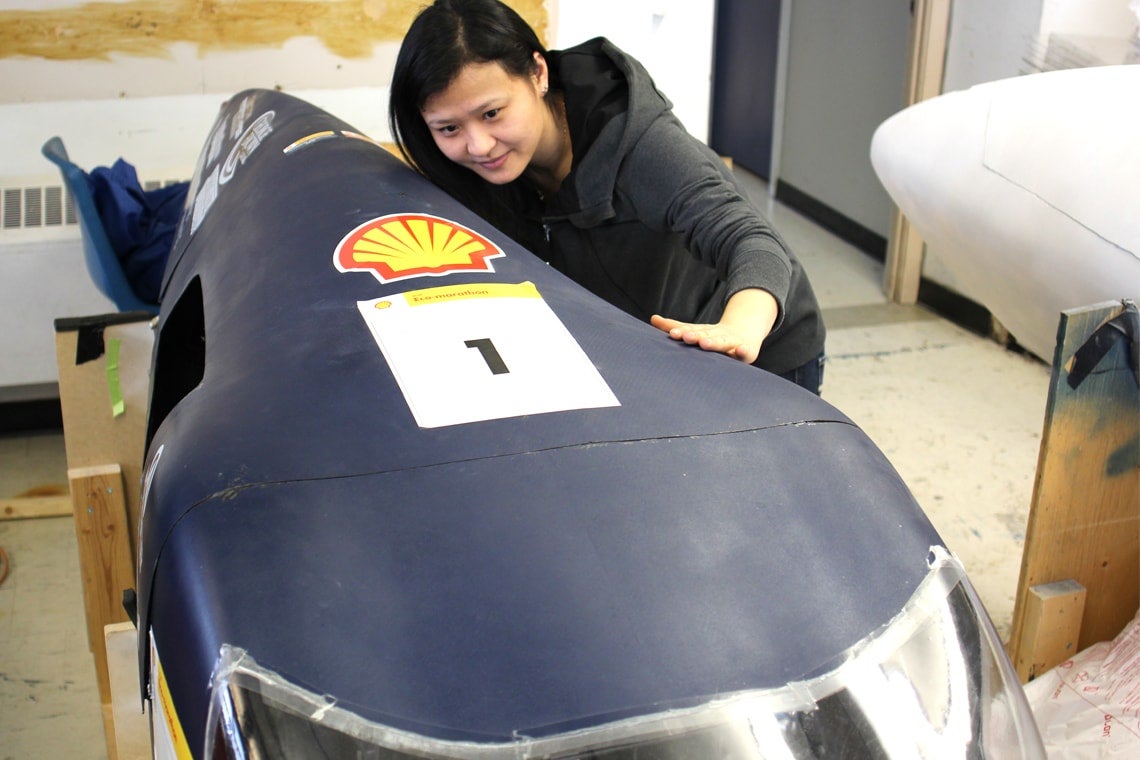 The University of Toronto’s Supermileage Team is hoping to take back the top spot at the Shell Eco-marathon Americas (SEMA) competition.

After snagging a silver medal last year, the team – made up of U of T Faculty of Applied Science & Engineering students – has been working around the clock this year to design and build two hyper-efficient vehicles to race in two categories: gasoline prototype and battery electric. The vehicles will be put to the test April 27 to 30 in Detroit.

“Last year, we didn’t meet our own expectations – the team felt pretty deflated after the race,” says Supermileage team lead Mengqi Wang, a PhD candidate. “A lot of things went wrong that we weren’t expecting.”

Read more about the Supermileage Team in Canadian Geographic

They’ve now made some critical upgrades to the gasoline prototype vehicle, including improved braking, drive train and clutch systems, reduced rolling resistance and a new windshield, all of which they hope will help them recapture the first-place title they won in 2015.

“Of course we’re hoping to win, but the competition is fierce. We’d be happy with a top three finish,” says Wang.

Fabricating the windshield proved a particular challenge. At past competitions, driver Kristine Confalone had to navigate largely by radio cues and intuition. The team stacked up almost 20 prototypes as the students worked with industry partner Waveform Plastics to get the window clear enough for Confalone to see.

The new battery electric vehicle will be hitting the track for the first time. It has been an ambitious experiment from the start. Wang says that with a new design and rookie driver, they hope to establish a baseline in the category – a standard for future generations of the team to surpass.

Read more about the team’s evolution in AutoFocus

Future vehicles will be designed and built in the forthcoming Centre for Engineering Innovation & Entrepreneurship (CEIE), where the team will have a dedicated club space on the lower floor of the new building.

“The CEIE is going to make a big difference to what the team can achieve,” says Wang. “I’m imagining being able to work on our systems simultaneously and do the machining we do by hand, all in one place. It’s going to be great.”