U of T's Stephen Toope: what a Trump presidency will mean to the world is utterly unpredictable 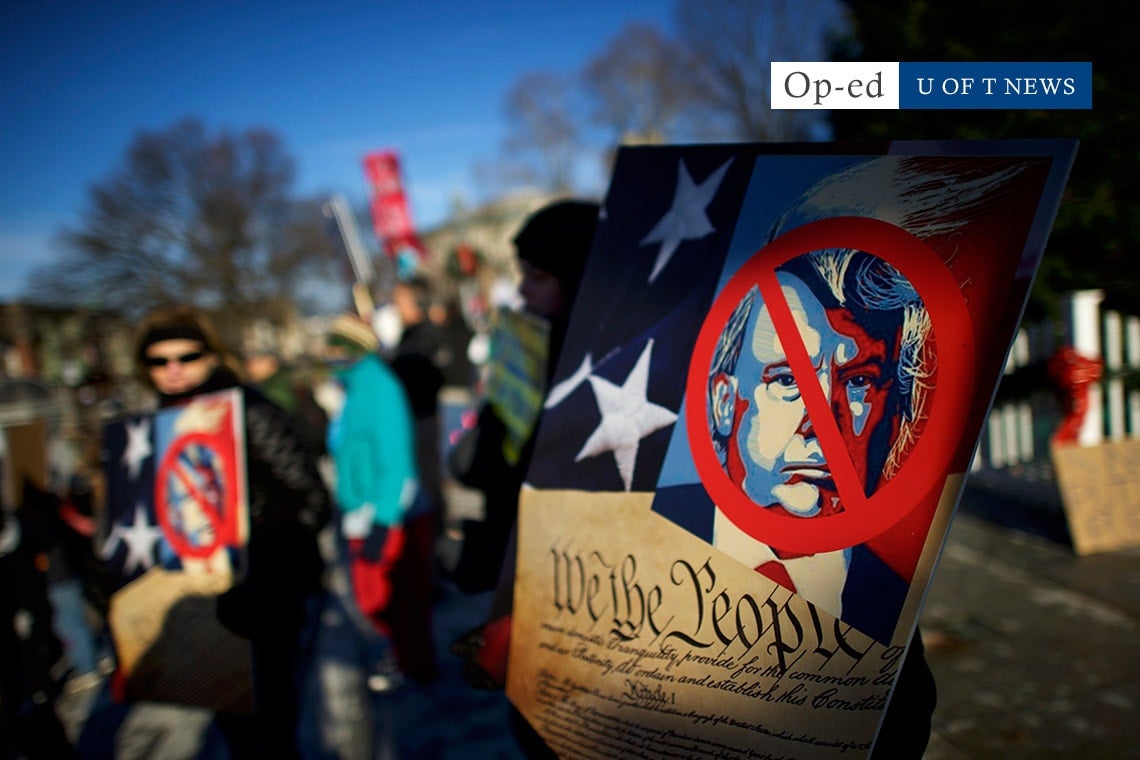 "As hard as it may be to swallow, we have to find ways for Canada to reinforce Mr. Trump’s self-understanding as a 'winner,'" says Toope, director of U of T's Munk School of Global Affairs.

It’s customary as a new year begins to think about what the next twelve months may bring. From where I sit and as I reflect on global affairs, I’m worried that I have no idea how to predict what the man about to be sworn in as the 45th president of the United States will do in the next four years and what that will mean for the world.

Donald Trump is a real estate mogul and a reality TV star. What makes him tick is negotiating deals that benefit his interests. He cares about being a “winner” – and about being celebrated for that. He seems to take public criticism far more personally than hardened career politicians who know it comes with the territory. His message of bringing about change clearly resonated with voters, but what form will that change take? From what I’ve seen so far, he acts on gut instinct without investing much time or effort into listening to experts and understanding issues.

It is not evident that Mr. Trump has a firm ideological or ethical compass. He seems to blow with the wind, depending on one trusted adviser one day only to turn in another direction the next. Building long-term relationships does not appear to be important to him.

If you think about this tendency in a global security context, it could have serious repercussions. He has been dismissive of international institutions such as the UN that I believe play an important role in striving to maintain peace in the world. His recent tweet about strengthening American nuclear capability sent a chill through those of us who grew up in the height of the Cold War. While Russian president Vladimir Putin seems currently to be a Trump ally, the unpredictability factor makes me nervous – that could change in an instant. And what the reaction to this message might be in China and North Korea and the Middle East is a real concern.

It may turn out that the Republican Congress and Senate will be balancing factors. It may be that once in office and faced with the reality of leadership, he will rely on intelligent advisers. Or perhaps he will continue to think he alone has all the answers. It is utterly unpredictable.

What does this mean for Canada? Despite all his negativity on NAFTA, I don’t believe he’s thinking about us as much as Mexico. I’ve written previously that Canada should strengthen ties with Mexico. I still believe that. But we should do so in a way that doesn’t alienate us from the U.S., with which our economy is inextricably intertwined. We need to be seen as part of the solution – as helping Mr. Trump win. As hard as it may be to swallow, we have to find ways for Canada to reinforce Mr. Trump’s self-understanding as a “winner.” We need to make sure we stay connected to the people who have his ear at any given moment and make our voice heard. We must put more effort into building our U.S. relationships through multiple channels: governors, senators, civil society, corporations. It is not in our interest to become anti-American.

We also need to keep our eye on the long game. The next four years may be a roller-coaster ride when it comes to U.S. relations with the world. We must continue to support important international institutions and maintain close ties with NATO and G20 allies. And who knows? Perhaps we have an opportunity to attract talented people to Canada who might otherwise go to or be found in the U.S., but who share my uncertainty about what might happen there in the short term.