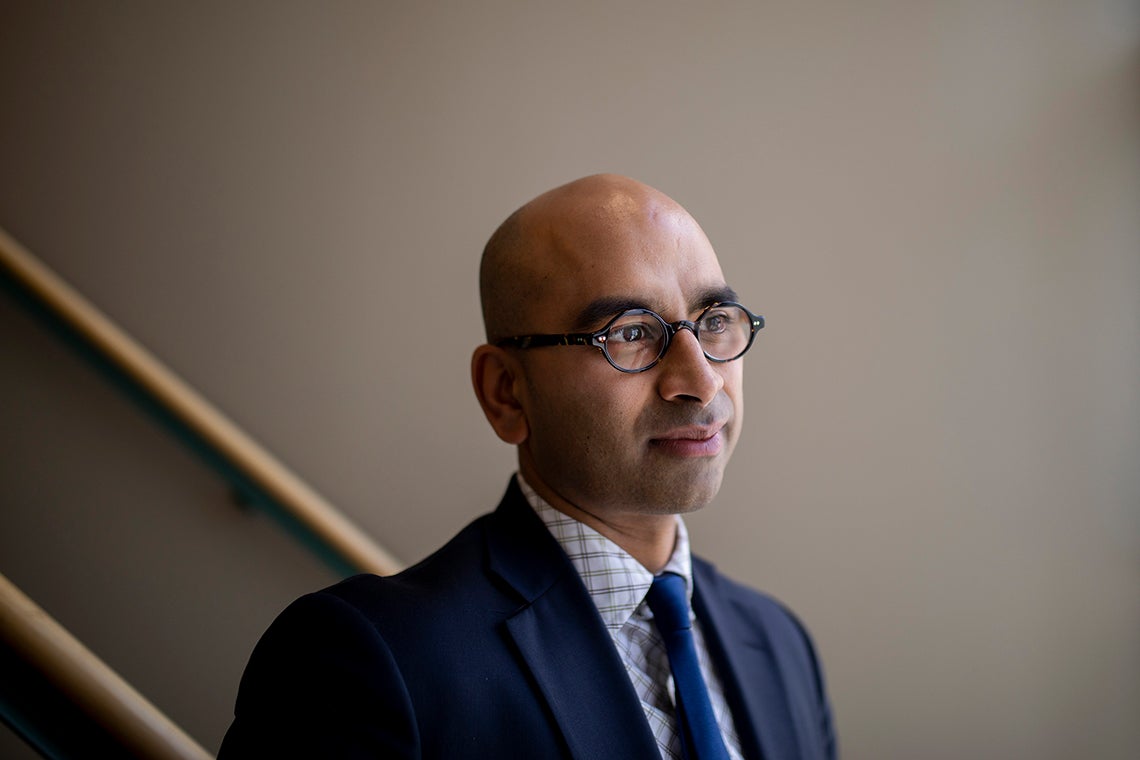 Randy Boyagoda, a U of T English professor and principal of St. Michael's College, has family connections in Sri Lanka and wrote about the Easter Sunday terrorist attacks in the New York Times (photo by Nick Iwanyshyn)

The attacks on hotels and churches in Sri Lanka on Easter Sunday, which left almost 300 dead, were “more than just a national or religious tragedy,” writes Randy Boyagoda in the New York Times.

In an opinion piece for the newspaper, the author, U of T English professor and principal of St. Michael's College, says the attacks affected him personally as a Catholic member of the Sri Lankan diaspora.

While Sri Lanka is no stranger to violence as a result of its nearly 30-year civil war, he says the suicide bombings mean the country has gained “membership in a global conflict that is at once fresh and familiar, for the island and the world.”

Read the full op-ed in the New York Times