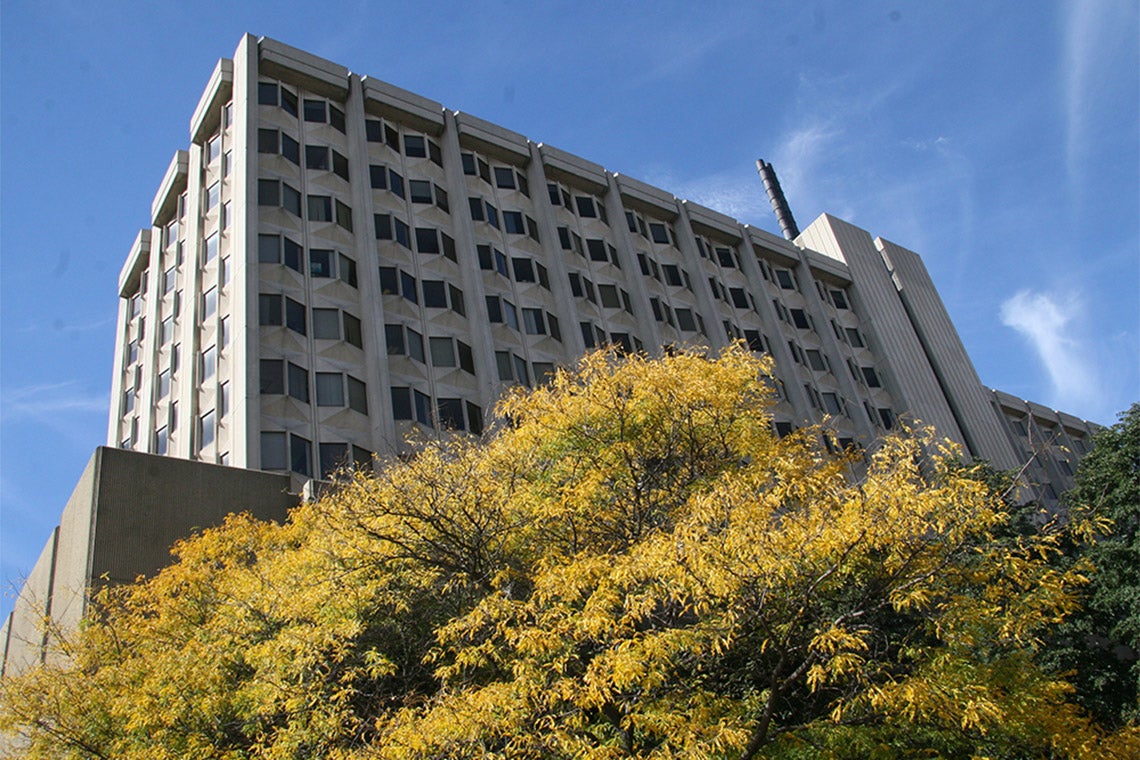 On a busy, cold morning back in January, the community at the Ontario Institute for Studies in Education (OISE) came together in the fight against climate change.

With over 100 people in attendance, OISE’s first Climate Action Summit saw participants contribute 100-plus ideas on how to address the climate crisis. The summit, which took place at the OISE Library, brought in a number of speakers, including John Robinson, the University of Toronto’s presidential advisor on the environment, climate change and sustainability, and Grade 6 students from the Jackman Lab school.

For Hilary Inwood, a lecturer in the department of curriculum, teaching and learning, the institute demonstrated a strong sense of community at the summit.

“Many of us who work at OISE see OISE as a leader in lots of different contexts,” says Inwood, who teaches in the master of teaching program at OISE and leads its Environmental & Sustainability Education (ESE) Initiative. “We see its potential to really influence other places,”

Inwood says she was particularly excited because OISE is among the first Canadian faculties of education to host a climate action summit.

“We wanted to send the message that we each need to be doing something – that we’re all complicit, we’re all responsible for the climate crisis,” she says. “By having a summit at OISE, we can act now.” 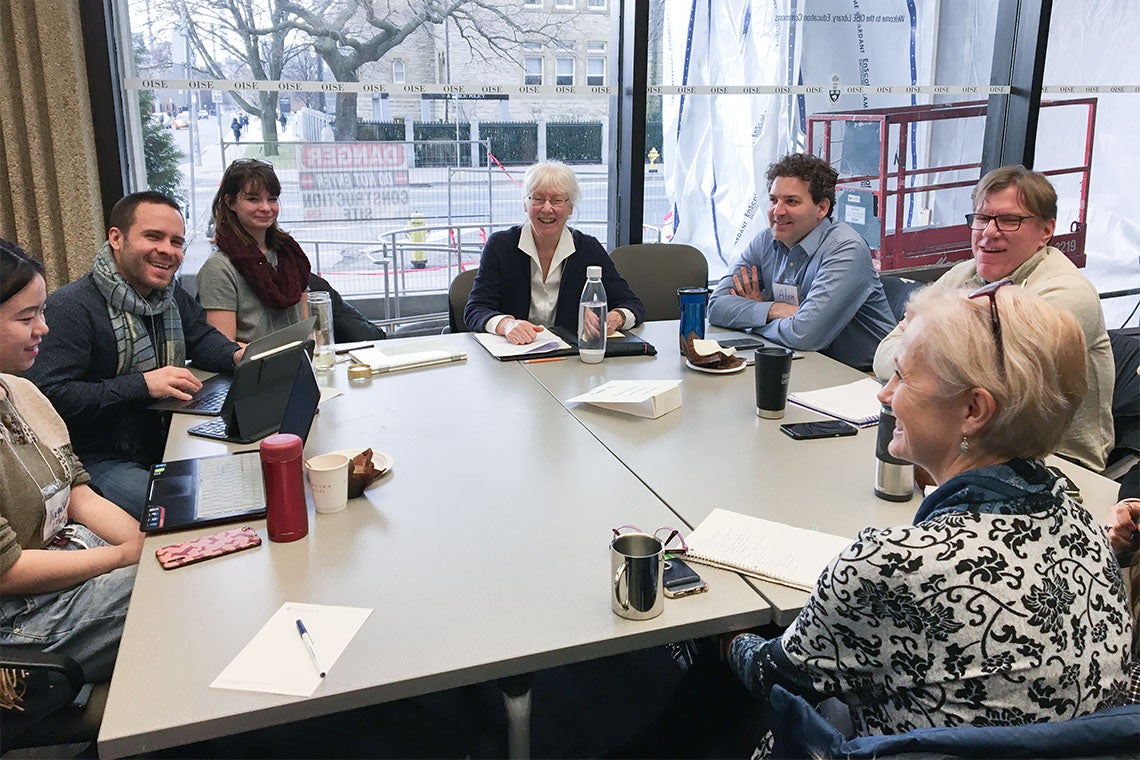 Participants gather at the Climate Action Summit, which was held back in January before the global outbreak of COVID-19 (photo by Hilary Inwood)

As a result of the summit, OISE established a new Climate Action Advisory Committee and has begun assembling a Climate Action Plan for the institute. Addressing environmental and sustainable education issues within OISE was an important theme that emerged from its academic plan, says Glen Jones, OISE’s dean.

He says the committee was a “natural next step” from the productive summit.

“With the leadership of our faculty and students, OISE hosted a very productive and engaging Climate Action Summit early in the year, and the notion of developing a strategic climate action plan emerged as a key priority from those conversations,” Jones says.

“My hope is that the plan will have both short-term and longer-term action items that will guide our community over the coming years, as well as clear goals so that we will be able to monitor our progress.”

The plan, to be unveiled later this school year, builds on the research and practice already being done at OISE to address the climate crisis, including OISE’s  Environmental and Sustainability Education (ESE) initiative, the Jackman Institute for Child Study’s Natural Curiosity Project and the ongoing collaboration with the Toronto District School Board’s sustainability office.

Alysse Kennedy, a doctoral candidate in ESE and a member of the committee, says the action plan is practical and easily implementable.

“Having a plan is one thing, but actually being able to make it accessible and doable is another,” says Kennedy, who is a graduate assistant and research assistant for the ESE and the TDSB's EcoSchools initiative. “I think we have a really good team assembled on this committee, which is spearheaded by Hilary and supported by the dean. It’s a great mix of different interests, different talents, different strengths. I think it’s going to be really effective.”

David Montemurro, associate professor, teaching stream in the department of curriculum, teaching and learning, says the plan will help people focus on a co-ordinated, systemic approach “where they can lean in, lend their energies and kind of feel like they're contributing in a significant way.”

Details of the plan are to be revealed in late fall, but Inwood says the committee has already undertaken an inventory of OISE’s courses and research related to sustainability. The committee is working with an intern based at the Munk School of Global Affairs & Public Policy to research and review the recommendations from the summit – and more graduate assistants will come into the fold this fall.

Inwood praised the dean, who will step down in June 2021, for his support by establishing a committee and dedicating the necessary resources.

“It shows a high level of dedication on his part, especially now as he’s in his last year,” says Inwood. “A lot of deans would step back a bit. I don't think he’s going to do that, especially on this file.

“He's really dedicated to getting some things in place before he leaves and that's fantastic.”

The committee wants to implement plans and action that can be embraced and supported by future leadership.

COVID-19 is another factor to consider, says Montemurro, noting the pandemic has already resulted in fewer faculty and staff to commuting to work and less energy to heat and cool the building. The challenge, he adds, will be taking advantage of this opportunity.

“Maybe there’s a moment for us to realize that a big contributor to CO2 is faculty travel to conferences,” says Montemurro. “[But] we recognize we don't have to do that anymore because, clearly, we’re not – so how can we use some opportunities that arise from COVID to consider building a better kind of new normal?”

Jones says the committee is making great progress, but there's much work ahead. He also praised the leadership of Inwood.

“I am extremely pleased that Dr. Inwood has agreed to play a key role in leading us forward,” he says, “and I know that she is benefiting from background work that is being conducted by some wonderful students and support staff.”