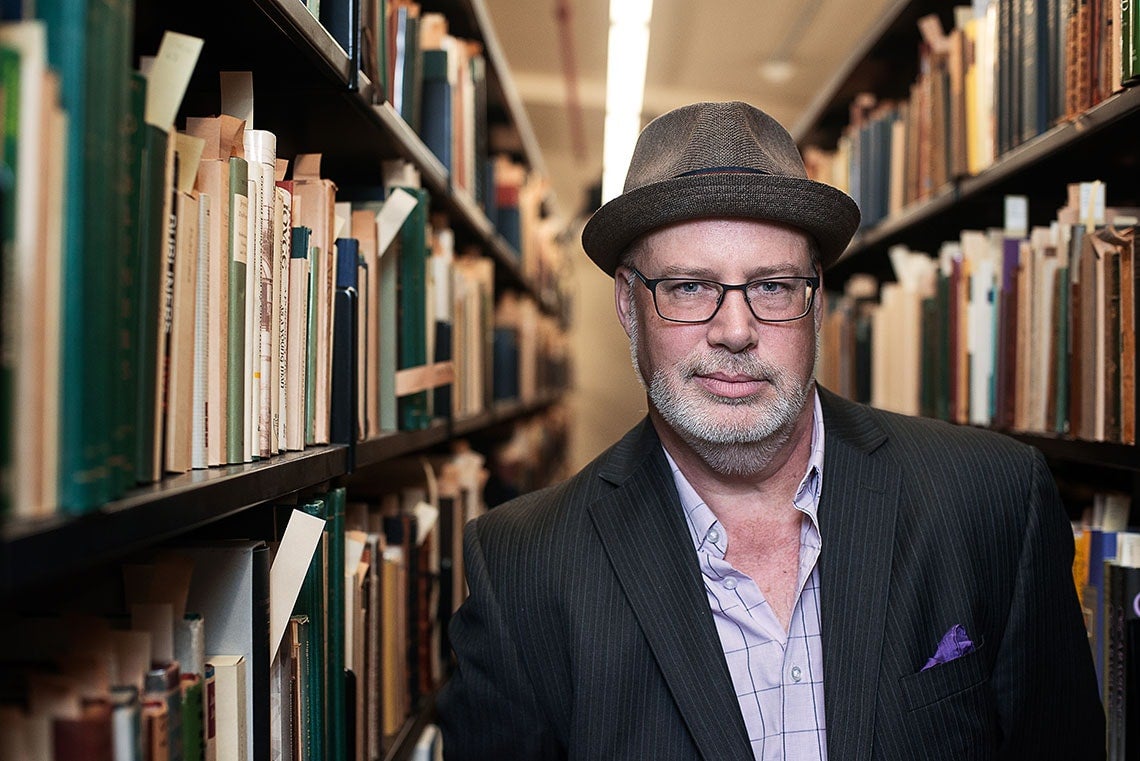 Nick Mount: "At the time of the [CanLit] boom, Canadian nationalism was at an all-time high, trying to figure out ways that we were not American" (photo by N. Maxwell Lander)

There was nothing, and then there was something.

That’s how Nick Mount describes the start of Canadian literature, but it’s also an apt way to explain his new book, Arrival: The Story of CanLit, on the country’s literary boom that began in the 1960s.

“Of course, there were Canadian books published before then,” says the associate professor of English in the Faculty of Arts & Science and former fiction editor of The Walrus. “But there was no critical mass. No sense of literature. They were just books. That’s what happened in the ’60s and ’70s – by 1974, nobody could look around and say there wasn’t Canadian literature, partly because Margaret Atwood had just written Survival: A Thematic Guide to Canadian Literature.”

While Atwood’s book was literary criticism, Mount’s is more like a puzzle with all the pieces put together.

“I wrote this book because it didn’t exist. We have many excellent biographies of the writers who emerged during what came to be called the CanLit boom. We also have some good histories of the publishing side of the story in both English and French Canada, and a great many books about the time itself. What we don’t have is a book that puts all those stories together,” Mount writes in Arrival. Mount’s publisher, House of Anansi, agreed. Clearly, Mount was onto something: Arrival made the Canadian bestseller lists for non-fiction in early September during its first week of publication, right around the time that some of the country’s biggest literary awards – the Governor General’s Literary Awards, the Giller Prize, and the Writers’ Trust Awards – announced their shortlists for the year.

Arrival is a Canadian history: the story of how political, cultural and economic events in the mid-20th century sparked a literary boom in this country. Mount provides a clearer understanding of how our literary awards, grants and funding came to be, and how Canada’s small presses have grown and bolstered Canadian publishing. He begins each chapter with short biographies of crucial Canadian writers such as Atwood, Dennis Lee, Gwendolyn MacEwen, Alice Munro, Al Purdy and Mordecai Richler. Mount even included mini-reviews throughout the book. “I read all the books so you don’t have to,” he says.

Arrival took Mount 12 years to research and write, while teaching full-time. It isn’t the academic text you might expect from a professor. It is meant to be accessible to a wide audience – including those who think of the term “CanLit” as a genre of quiet books that take place in rural Canada.

“CanLit is like any term,” says Mount. “It’s useful among professionals, but it doesn’t mean anything.”

“The notion that all Canadian literature is about dysfunctional, alcoholic mothers in the prairies with the wind blowing through their hair… it’s just not true. There’s a huge range of writers. CanLit was a thing almost self-consciously constructed by readers, marketers and government types. At the time of the boom, Canadian nationalism was at an all-time high, trying to figure out ways that we were not American.

“To me, CanLit refers to a particular thing that came to existence in the ’60s and faded out in the ’70s, faded out because it succeeded. It arrived. Now it’s just Canadian literature, and CanLit is just a term on Twitter. Canadian literature itself is simply an abstract concept. It’s the sum of its parts.”