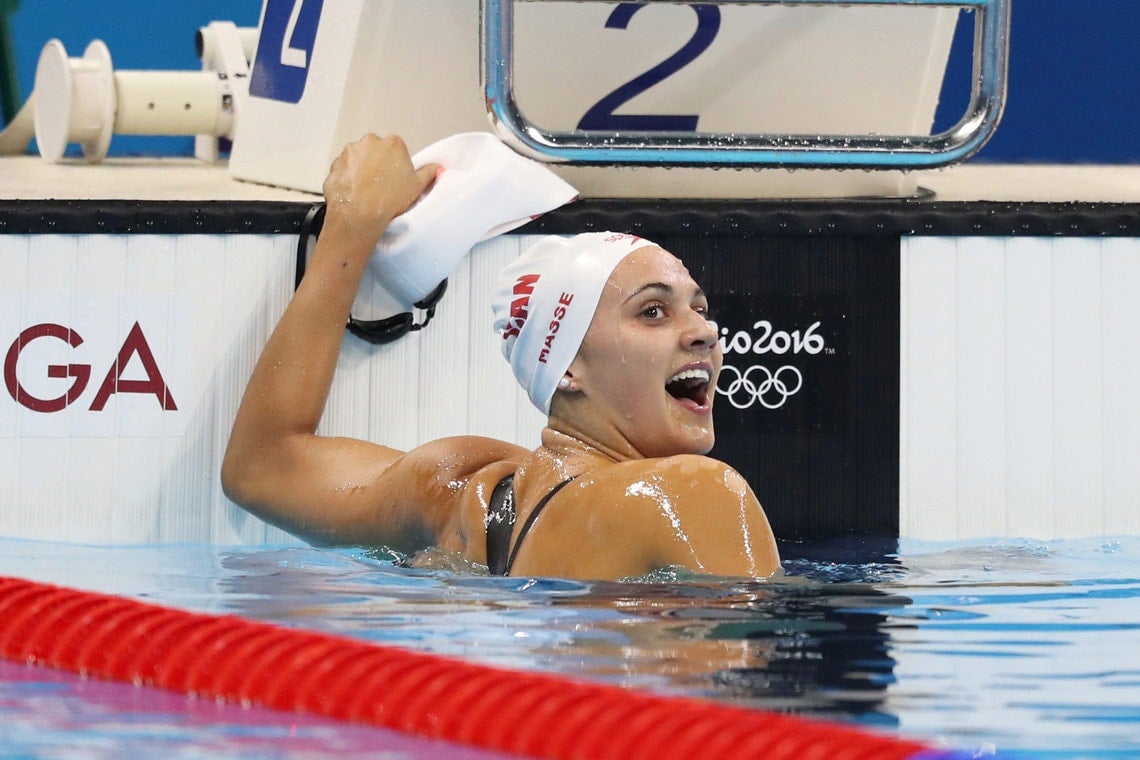 The University of Toronto undergrad made a Canadian record time of 58.76 seconds, coming in only .01 second behind the silver medallist.

Masse was ranked 200th in the world only a couple of years ago, but managed to climb 190 spots just over last year. En route, she broke six national records, earned a gold medal at the Summer Universiade in South Korea and qualified for the 2016 Summer Olympic Games in Rio de Janeiro.

“Her stunning improvement over the past two years is due to hard work on her part, but also to the team of professionals that we have been able to surround her with,” said Byron MacDonald, head coach of the Varsity Blues swimming program and a former Olympian.

“Kylie has that wonderful combination of talent, drive and dedication to go along with a sunny disposition that makes her a joy to coach,” MacDonald said.

MacDonald spoke from Rio where he is serving dual roles: he's Masse’s coach and a CBC swim news commentator.

In a poolside interview with CBC's David Amber just minutes after her race, Masse praised MacDonald.

“He's a great coach,” Masse said. “Byron and Linda run an amazing program at U of T and I'm super-grateful to be a part of that.”

Back in Toronto, Professor Ira Jacobs, dean of the Faculty of Kinesiology & Physical Education (KPE), was among the Canadians watching and cheering for Masse in front of the TV.

“My family can attest to the fact that I jumped out of my chair and yelled “YES!!!” when I heard the results from Byron,” said Jacobs. He immediately emailed Masse to congratulate her on her success on behalf of the whole Faculty.

“To write “congratulations” seems so understated for being chosen to participate in the Olympic Games, never mind setting another Canadian record and winning a medal,” said Jacobs.

“I hope we will get a chance to see that medal up close when Kylie returns and we wish her continuing great swims and great experiences.”

Read about more U of T athletes in Rio

(Below: Kylie Masse poses with her bronze medal on the podium of the Women's 100m Backstroke at the Rio 2016 Olympic Games on August 8, 2016/ photo by GABRIEL BOUYS/AFP/Getty Images) 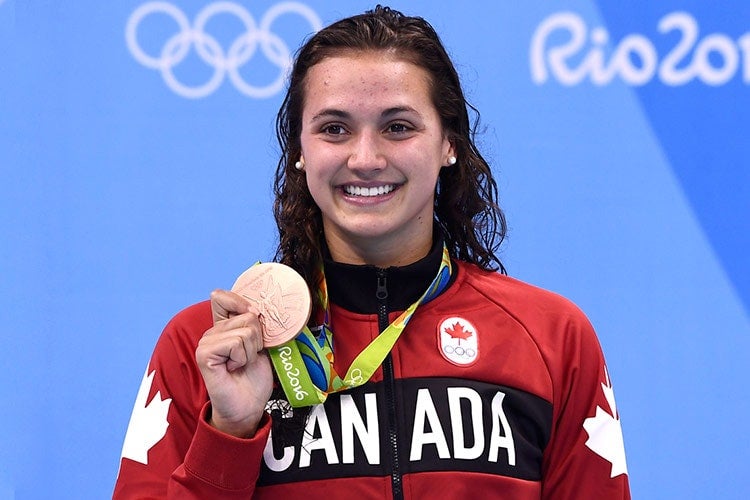