U of T's Ken McLeod on the The Tragically Hip 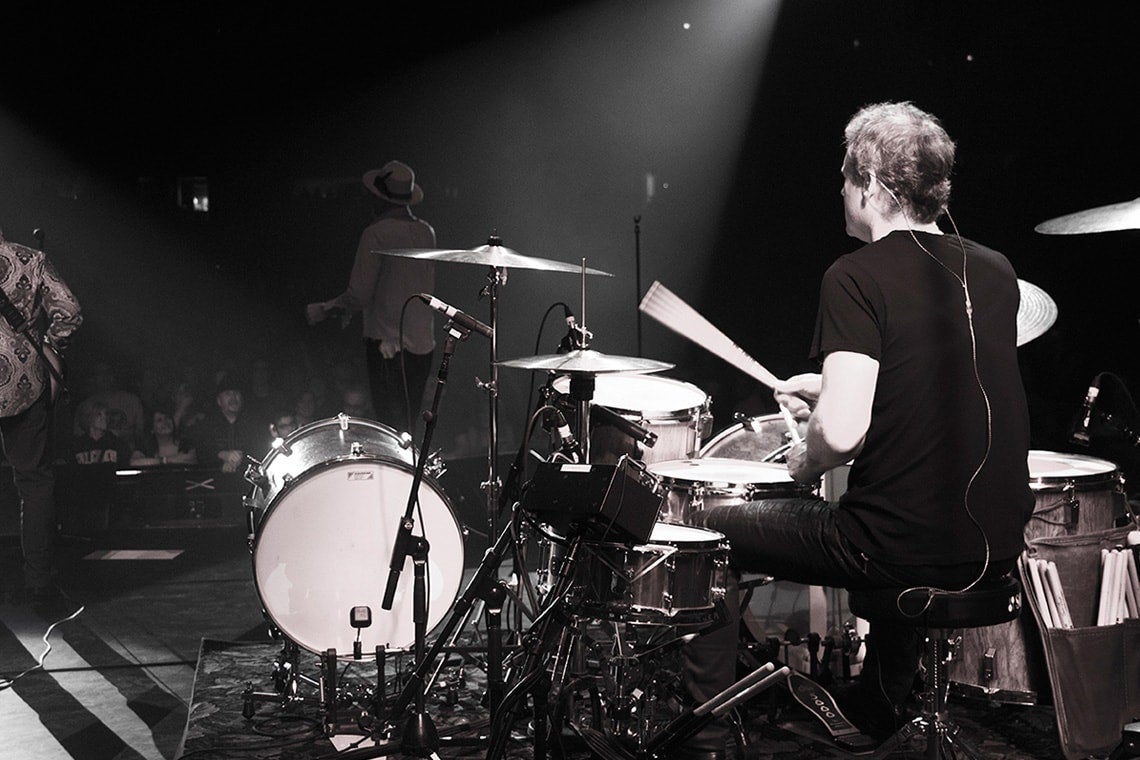 What's behind the enduring popularity of the iconic Canadian band

In the 31 years since they first formed in Kingston, Ontario, the Tragically Hip have evolved into Canadian cultural icons.

Many of their songs evoke places and events uniquely intertwined with Canada’s past and current standing in the world. Their success and influence has also largely been confined within Canada, and while many Canadians think of commercial success as “making it” south of the border, it hasn’t cut into their appeal in their home country.

So when the news broke about lead singer Gord Downie’s incurable brain cancer diagnosis it stunned fans from coast to coast. Tickets for the tour to accompany their new album, Man Machine Poem, sold out within minutes as thousands jumped at the chance to see the band one last time.

As the band prepares for its final tour, writer Don Campbell spoke to Ken McLeod, associate professor of music history and culture at U of T Scarborough, about the band’s unique sound and musical legacy.

Many bands have had final tours but the circumstances here are different. Do you think this will this affect the mood of the tour at all?

It will be a little different, but I think overall it will just heighten the mood in the sense that it will perhaps be more of a celebration. I think this tour is meant to be a gift, both as a band because it’s what they love to do – and what Gord Downie loves to do – but also as a gift to their fans. I don’t think it will be a morose experience. It’s an unfortunate set of circumstances that led to this tour, but it’s not going to be a wake. Other bands have gone out on supposed final tours. The Rolling Stones and The Who have done this over and over again, claiming to be on their final tour only to go back out again. There’s always an increase in hype and interest because it may be the last time you get to see a band play live. The circumstances here are certainly very different, but Tragically Hip fans would want to see the band play live regardless because they are still wonderful performers.

How would you describe a Tragically Hip show?

They are hugely energetic performers. Lead singer Gord Downie especially can tell a story with his dance moves and body language as well as he can with his lyrics. They’re the kind of band that draws you in. It’s a bit of a cliché but they have a sense of intimacy even at a large show because their roots are in the Kingston bar band scene. The first time I saw them play in Vancouver was with 54-40 in a smallish venue of maybe 500 people. I’ve also seen them play a big venue and they are the same band. So they are authentic and I think that’s why they appeal to both the hard rock and alternative music crowd. Whether they’re playing in a 200, 500 or 10,000 seat venue it’s the kind of performance that draws you in because they can create an intimate vibe even at a big venue.

Why do you think this band has resonated with so many Canadians on not only on a personal level but a cultural one as well?

It’s a band so tied to Canadian identity across a few generations now that they’ve become iconic. They sing about Canadian places and themes like in “50 Mission Cap”, “At the Hundredth Meridian” or “Bobcaygeon,” which has elevated them into our national psyche. In some sense I think we claim them much more than any other band because they are so unabashedly Canadian in many respects. Ironically that may have also almost stymied their success south of the border. It seems we have this unique taste for the band because they represent some of the quirky things about Canada that Americans and people around the world can’t relate to as easily.

The reason they appeal to both the hard rock and alternative music crowd is that they combine hard rock elements with Downie’s very poetic, introspective lyrics. He has a gift for writing lyrics that draw you into a song. They are poetic and meaningful but sound good as well. I also think the Tragically Hip are a bit of a metaphor for Canada itself and that’s why so many of us identify with them so strongly. They’re this hardworking, unpretentious band but with an existential and artistic soul. I think Canadians can relate to that on many levels.

In 1995 the band played on Saturday Night Live and many Canadians felt they were on the cusp of an international breakthrough. Why do you think it didn’t happen for the band?

I think one of the main reasons they are so appealing to us is that they’re known as a Canadian band. Recent commercial successes like Justin Bieber or Drake are also identified as being Canadian, but the Tragically Hip style is so particular to Canadian tastes. They are not an overtly commercial band even by Canadian standards. Musically they are very interesting and very good, but the lyrics are not mainstream at all. They don’t have a lot of sing-a-long choruses that easily lend themselves to radio play. Their sound is also somewhat quirky and hard to pin point. So they don’t have a homogeneous commercial sound that was going to conquer an American market. They are big and successful here nationally, but that success has been bred in Canada, and there’s absolutely nothing wrong with that at all.

One criticism of the band is that maybe they’re undeserving of their popularity in Canada because they haven’t broken through internationally or that they’ve benefitted from Canadian content rules.

We can never really know if their success had anything to do with Canadian content laws. I think it’s ridiculous to believe that just because they haven’t been as popular in the US or elsewhere that they aren’t good, or even great. That just plays into an old stereotype of Canada being second rate. I think certainly as a country we’ve matured culturally and left those ideas in the past. Just because the Tragically Hip didn’t achieve massive commercial success internationally doesn’t mean they aren’t a great band. Even the Sex Pistols or the Ramones didn’t achieve that level of commercial success. International commercial success is just one marker of success and certainly not a definitive marker of greatness. After all, how many paintings did Van Gogh sell in his lifetime?

How would you sum up their influence on Canadian culture and music?

I think they will be immortalized as one of Canada’s greatest bands. I also think they’ve had a huge musical influence in Canada. You can hear traces of their sound in Matthew Good, 54-40, Sloan, Sam Roberts and more recently Sarah Harmer and Tegan and Sara. It’s not necessarily overt, but I think there are traces of the Tragically Hip sound and style that will remain.

Ultimately, I think it will be about their music. Some of their songs will be timeless because they don’t pander to a commercial formula, so they won’t sound as dated as some other pop bands. If you listen to “Bobcaygeon” you will probably still find it a moving song 30 years from now. If anything I think their legacy will only grow.