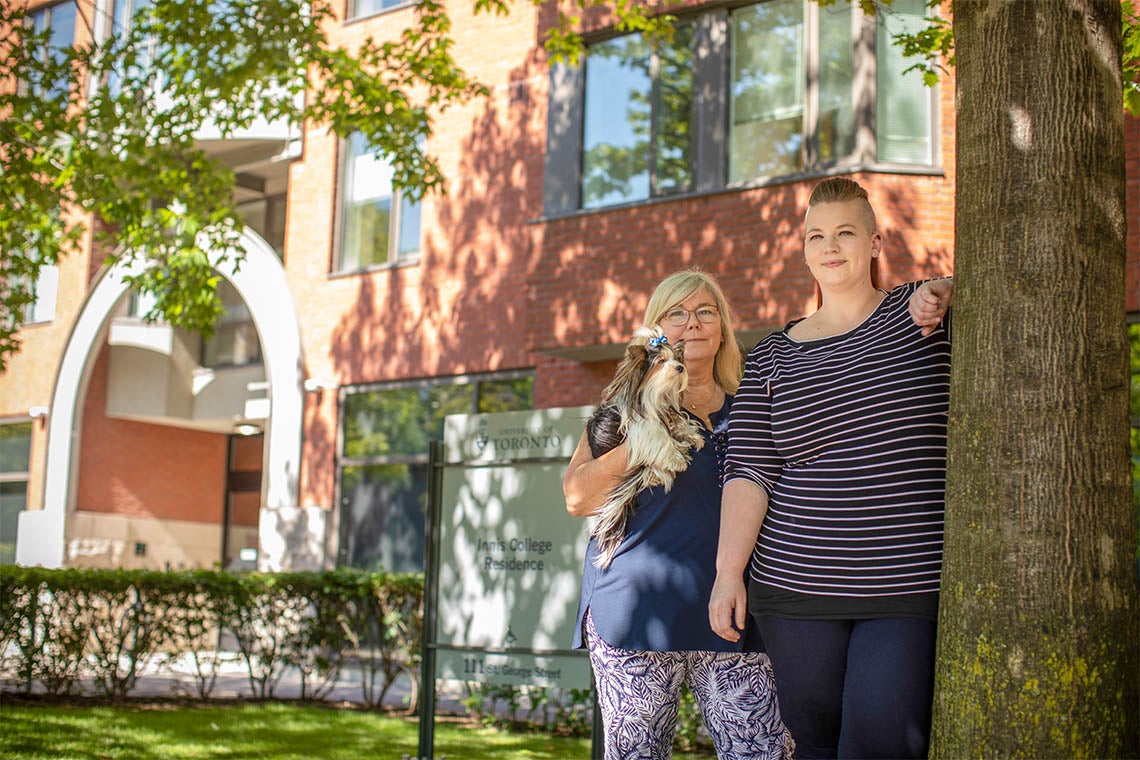 Nicole McLeod (right) and her mother outside U of T's Innis College, which provided accommodation this summer to families from outside the Toronto area whose babies have been admitted to Mount Sinai's neonatal intensive care unit (photo by Johnny Guatto)

The University of Toronto’s Innis College has put some of its empty residence suites to work for a good cause this summer – helping to ease families’ stress as they cope with a hospitalized child.

The college teamed up with Mount Sinai Hospital to offer accommodations to families from outside the Toronto area whose babies have been admitted to the hospital’s neonatal intensive care unit. The rooms are provided at no charge to the families.

For the parents, the initiative has removed one layer of concern from what is already an extremely stressful situation.

“Honestly, it was so relieving,” says Nicole McLeod, who was flown to Toronto from Sault Ste. Marie by air ambulance after she went into labour 16 weeks ahead of schedule. Her mother joined her soon after her son, Quincy, was born.

The families would normally stay at Ronald McDonald House, but the facility stopped accepting new residents in March as COVID-19 cases began to surge. (It continued to support existing families at the house and has now resumed admissions – with new policies and protocols in place.)

In April, the Sinai Health Foundation, the advancement arm of Mount Sinai Hospital, asked Innis for help, according to Steve Masse, the college’s dean of students.

With fewer students staying in residence over the summer, Masse says Innis was able to offer suites for up to five families until Aug. 1.

“We were really keen to help in any way we could so the families could focus on what’s most important, which is caring for their new baby,” Masse says. 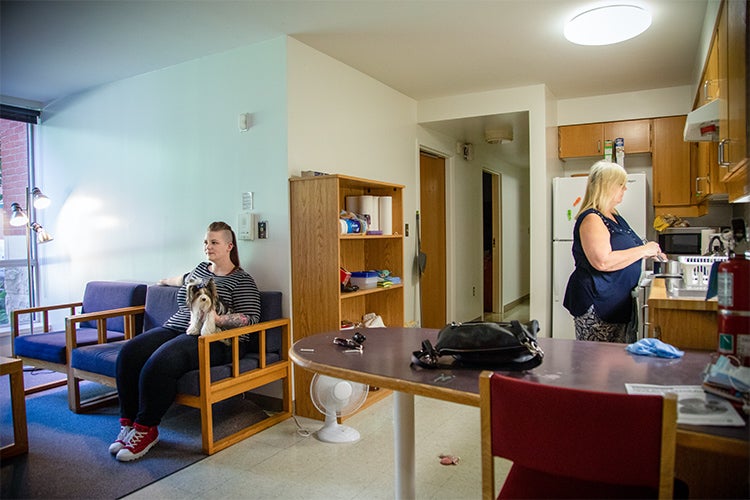 Families like McLeod’s would normally stay at Ronald McDonald House, but the facility stopped accepting new residents in March as COVID-19 cases began to surge (photo by Johnny Guatto)

Each suite was outfitted with bedroom, bath and kitchen necessities that were donated by IKEA and Canadian Tire. After the parents leave, the items will be given to refugee students and others who need them.

McLeod, who arrived in Toronto in April, stayed for two weeks in the antenatal unit. Quincy was born in early May but has since required intensive care for GBS meningitis.

Every day for more than two months, McLeod sat by Quincy’s side in the hospital – first at Mount Sinai and now at the Hospital for Sick Children. She’s focused on his care but the high cost of apartments and hotels in Toronto only served to heighten her stress. “[Paying] $2,000 or $2,500 a month for rent was really shocking to me,” she says. “My mortgage back home is $500 a month. I’m a single mom, so financially this was tough.”

In June, Innis College offered McLeod and her mother a suite, immediately eliminating one source of anxiety. “It was really nice knowing that we’d have this [accommodation] for the whole month of July and that we didn’t have to worry about anything. It was great to have that comfort.”

Quincy’s condition has been improving, and McLeod expects Quincy will be able to leave Sick Kids by mid-August.

“His meningitis seems to have cleared up and his infections are gone,” says McLeod. “It’s looking like we’ll get to go home soon.”