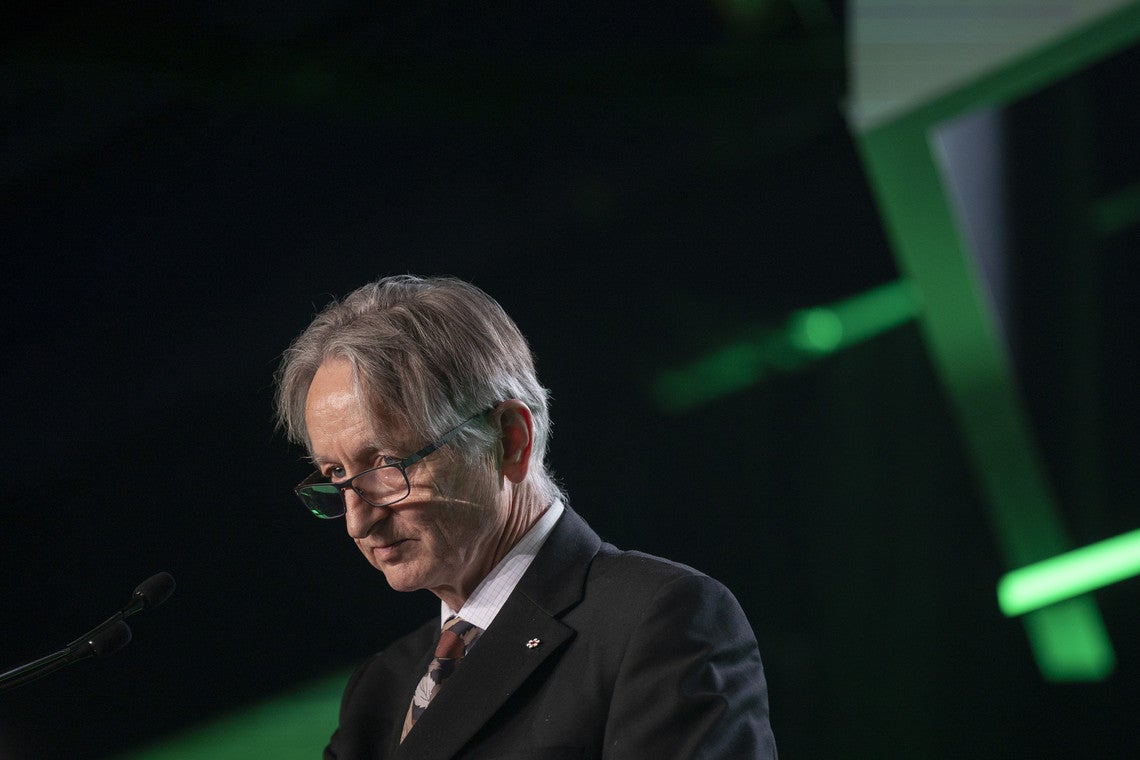 Geoffrey Hinton, University Professor Emeritus at the University of Toronto, chief scientific adviser at the Vector Institute for Artificial Intelligence, and a vice-president and engineering fellow at Google, has been awarded the distinguished 2019 Honda Prize for his pioneering work in the field of deep learning in artificial intelligence (AI) and for his contributions to applying that technology to the broader world.

Deep learning is a form of AI machine learning that relies on a neural network modelled on the network of neurons in the human brain. In 1986, Hinton and his collaborators developed the breakthrough approach – based on the backpropagation algorithm, a central mechanism by which artificial neural networks learn – that would realize the promise of neural networks and form the current foundation of that technology.

Hinton and his colleagues in Toronto built on that initial work with a number of critical developments that enhanced the potential of AI and helped usher in the revolution in deep learning with applications in speech and image recognition, self-driving vehicles, automated diagnosis of images and language, and more.

“The achievements of Dr. Hinton make AI the means for creating a new society, and AI is expected to play an important role not only in creating safety and security in society, represented by the development of advanced transit systems, but also in resolving many global issues in the fields of energy and climate change that humankind must address,” the Honda Foundation said in its announcement.

“It was an unexpected honour,” said Hinton. “And I was delighted that the founder of Honda strongly believed in developing technology that respected the environment.”

Hinton is the recipient of many honours and awards for his groundbreaking research. He won Canada’s top science and engineering award, the NSERC Herzberg Gold Medal. He also won – with Yann LeCun and Yoshua Bengio – the A.M. Turing Award, known as the “Nobel prize of computing.” He is also a Companion of the Order of Canada and a fellow of the Royal Society, the Royal Society of Canada and the Association for the Advancement of Artificial Intelligence.

“Professor Hinton’s foundational work in deep learning and neural networks has made the University of Toronto and the Toronto region a leading global centre for AI,” said Vivek Goel, vice-president, research and innovation, and strategic initiatives. “What’s more, his work in applying that research and helping shape the world we live in is remarkable and deserving of such recognition.”

The Honda Foundation’s Honda Prize was established in 1980 and is awarded to one recipient each year. The foundation was established in 1977 by Soichiro and Benjiro Honda to honour and support international and interdisciplinary researchers addressing global challenges who “contribute towards the creation of a truly humane civilization.”

Hinton is the first U of T researcher and the second member of a Canadian institution to receive the Honda Prize. He will receive the prize, as well as an honorarium of 10 million yen (about $123,000), at an official ceremony in Tokyo on Nov. 18.