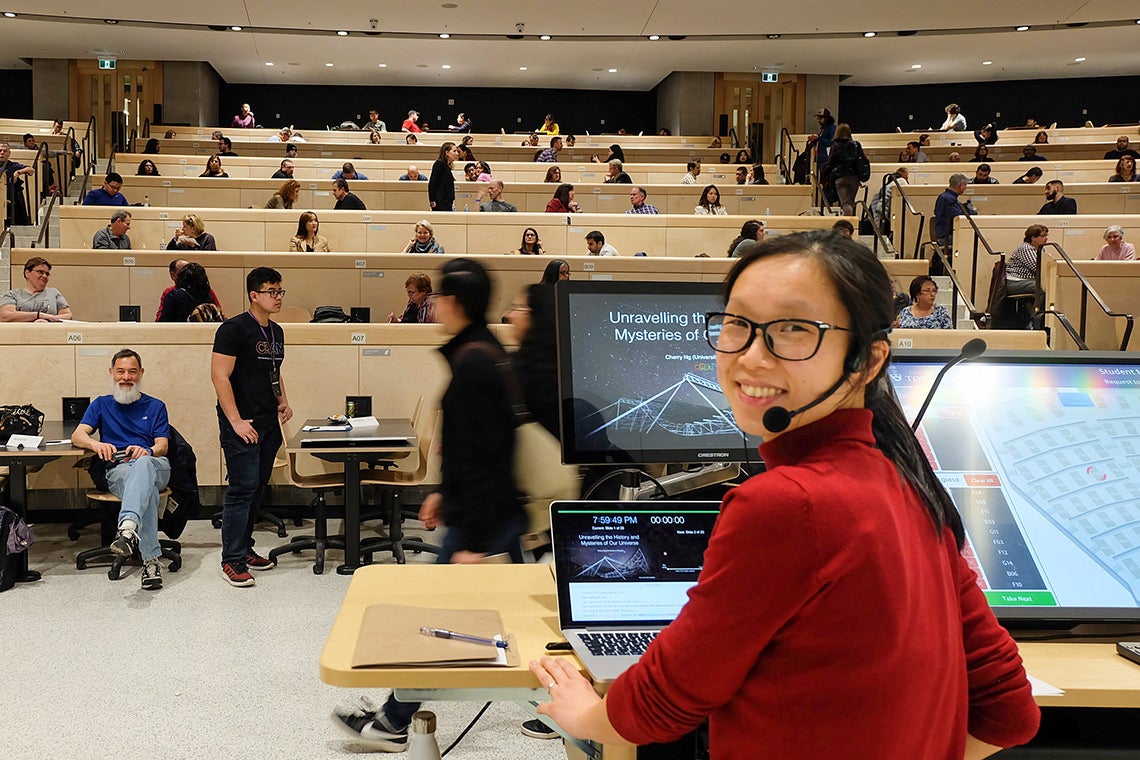 The universe is the limit for University of Toronto astronomer Cherry Ng, who Astronomy magazine recently dubbed a “rising star of astronomy” for her work unravelling the mysteries of fast radio bursts (FRBs) – signals from galaxies far outside the Milky Way.

A project scientist at the Dunlap Institute for Astronomy & Astrophysics in the Faculty of Arts & Science, Ng was recognized by the magazine for her cosmic contributions to the Canadian Hydrogen Intensity Mapping Experiment (CHIME), led by a Canadian group of scientists, including U of T researchers. Her algorithm – which took more than two years to write – was used to process the massive influx of information recorded by the radio telescope in B.C.’s Okanagan Valley.

At age 35, Ng has already distinguished herself as a leader in her field, Astronomy says. Her PhD research led to the discovery of 60 rapidly rotating stars known as pulsars, amounting to 2.5 per cent of the total known population at the time.

Next up? Ng will be looking for radio evidence of extraterrestrial civilizations in partnership with the Berkeley SETI Research Center, telling Astronomy, “if we don’t start, we won’t find it.”