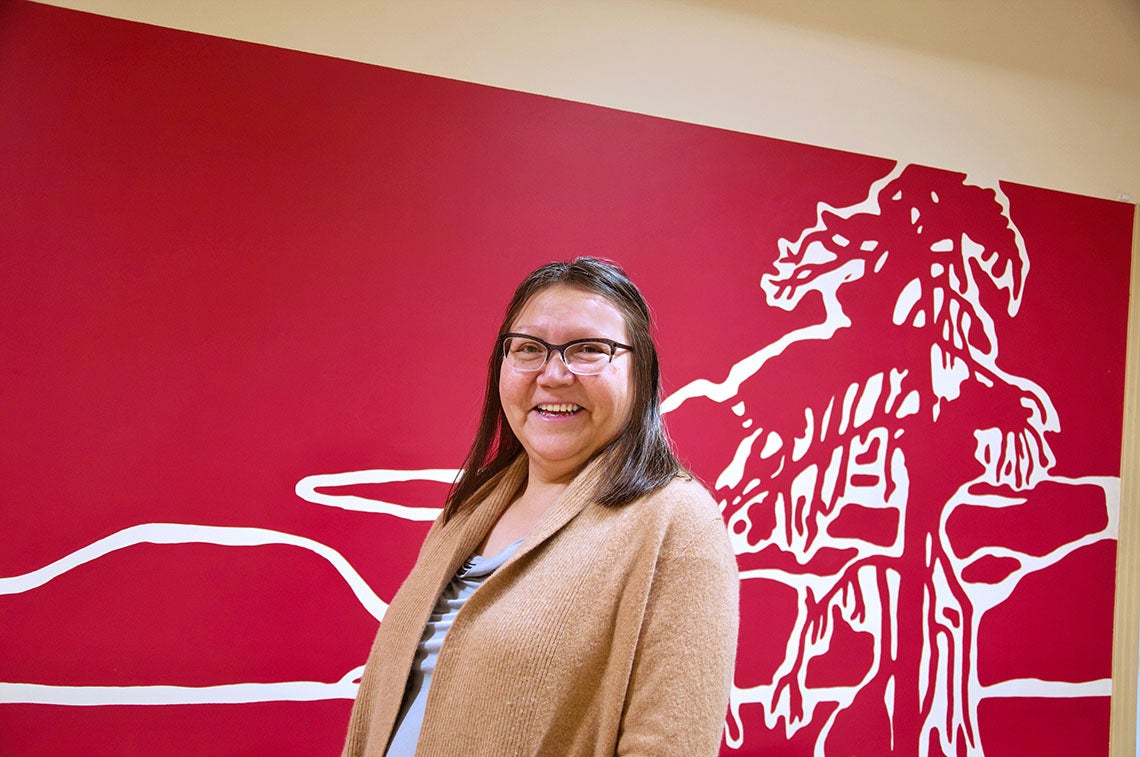 “We want to attract students who will learn from professors who have an understanding of the history and impacts of policy on Indigenous communities and families," says Assistant Professor Brenda Wastasecoot (photo by Diana Tyszko)

A member of the York Factory Cree First Nation, Brenda Wastasecoot was born and raised in an area of northeastern Manitoba sandwiched by the Churchill and Nelson rivers, 2,000 kilometres away from Toronto.

It’s a place that played a key role in the colonization of this continent, as Europeans established one of their earliest permanent settlements there in 1682 on the home of the Swampy Cree (Maškēkowak / nēhinawak) people. This crucial location set the stage for relations between Indigenous Peoples and colonial forces in the area for the next three centuries.

Wastasecoot is an assistant professor in the Faculty of Arts & Science’s Centre for Indigenous Studies. A poet, writer, educator, mental health counsellor and staunch advocate for Indigenous teaching and learning, she taught at Brandon University’s First Nations and Aboriginal Counselling program before moving to Toronto a decade ago to pursue her PhD at the Ontario Institute for Studies in Education (OISE).

“Doing my PhD was kind of lonely because there’s not too many native people here,” says Wastasecoot, although she credits her supervisor, Jean-Paul Restoule, with supporting her throughout the journey. Restoule, now a professor at the University of Victoria, was formerly an associate professor of Aboriginal education at OISE.

Informed by her own experience, Wastasecoot is now taking a leading role in increasing access to meaningful and relevant post-secondary education for First Nations students.

“We want to attract students who will learn from professors who have an understanding of the history and impacts of policy on Indigenous communities and families. Students should feel that this is a place that’s going to take them seriously, support their learning and help them understand what happened to their people.”

Wastasecoot’s work – in poetry, counselling and teaching – is focused on the healing powers of storytelling, which she discovered through her own work in auto-ethnography and by listening to the stories of others.

“When I was about 20 or 21, I started going to sweat lodge ceremonies where I heard a lot of people talk about themselves, their own pain, the trauma in their lives. The sweat lodge allowed for people to just cry, to just let it all out. That’s the first place I really allowed myself to feel all that pain. The elders there would say, ‘crying is good.’ And I wondered, the more I stuck with it: Maybe there’s hope here,” she says.

She has written candidly about students disclosing their experiences of violence and sexual abuse to her after she openly spoke about her own such experiences in the classroom. Lifting the veil of silence is something she thinks is crucial in dealing with these traumatic experiences.

“Being able to find the words is a big step,” she says. “I think what’s really important for sex education is to give students the ability to talk about what’s happening to them and their bodies. That creates empowerment and safety – especially for girls, who are usually taught to just think of nice things and be a nice person.”

“We have within us the capacity to work together on this.”

Asked about Canada’s and U of T’s efforts to repair relations with Indigenous Peoples and decolonize their institutions, Wastasecoot says there’s no easy answer.

“On one end of the spectrum, there’s a whole forgiveness movement that says we should just love one another from now on. On the other end, some say there’s no reconciliation without giving us the land back and stopping resource extraction. And then you’ve got people in between.”

Where does she situate herself?

“I try to keep an open mind and I believe we have within us the capacity to work together on this.”

In one of her courses, Wastasecoot asks students to write a speech on the topic of “What is reconciliation to me?” In another course, she and her students delve into the issue of missing and murdered Indigenous women. When students present their work on these topics in class, “a lot of times it’s an emotional presentation,” she says.

“Most of my students are non-native, and they have a whole range of emotions and reactions. One of the most common is that they’re thankful to be learning this, because they never learned it in school. It’s liberating. It’s empowering. They get to grapple with it together. And sometimes they’re angry that they didn’t learn this. Sometimes they can’t believe it happened.”

Wastasecoot is a key member of the Faculty of Arts & Science’s Decanal Advisory Committee on Indigenous Teaching and Learning. Among her priorities is working with faculty and leadership across academic units to make their courses relevant to Indigenous students. At the moment, she is collaborating with colleagues and community members on establishing a set of protocols for inviting Indigenous elders to university events.