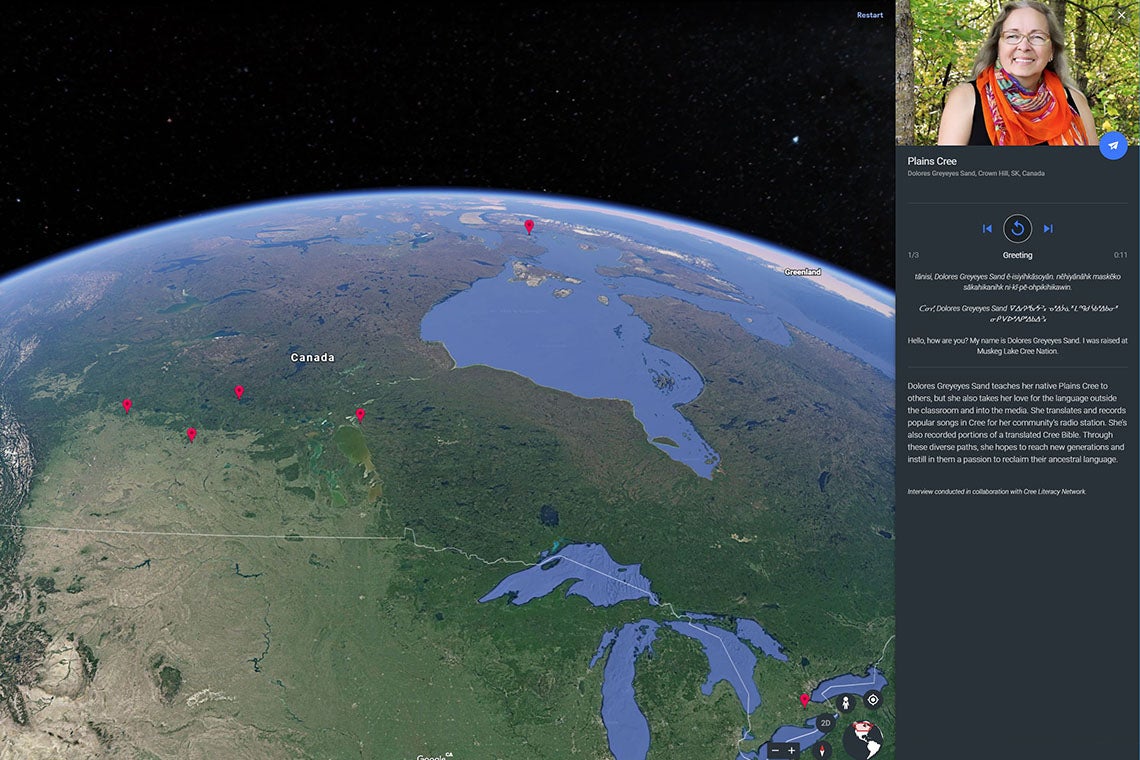 The University of Toronto's Bonnie Jane Maracle says the launch of an Indigenous language preservation project on Google Earth is validating “our languages and what we’re working at in our communities.”

Appearing on CBC News Network, Maracle, a learning consultant at U of T's First Nations House, says the Celebrating Indigenous Languages project makes her hopeful that the work being done in Indigenous communities is being supported.

This project can contribute to the growth of Indigenous identity in Canada and may prove to help reconciliation, she says.

“There are some really valuable sources like [the Google Earth project] being developed that we could utilize internally or in the education system to bring about that information on languages.”

The project can be found on Google Earth’s educational storytelling platform and features 50 Indigenous language speakers so far.

Watch the interview with Maracle on CBC News Network