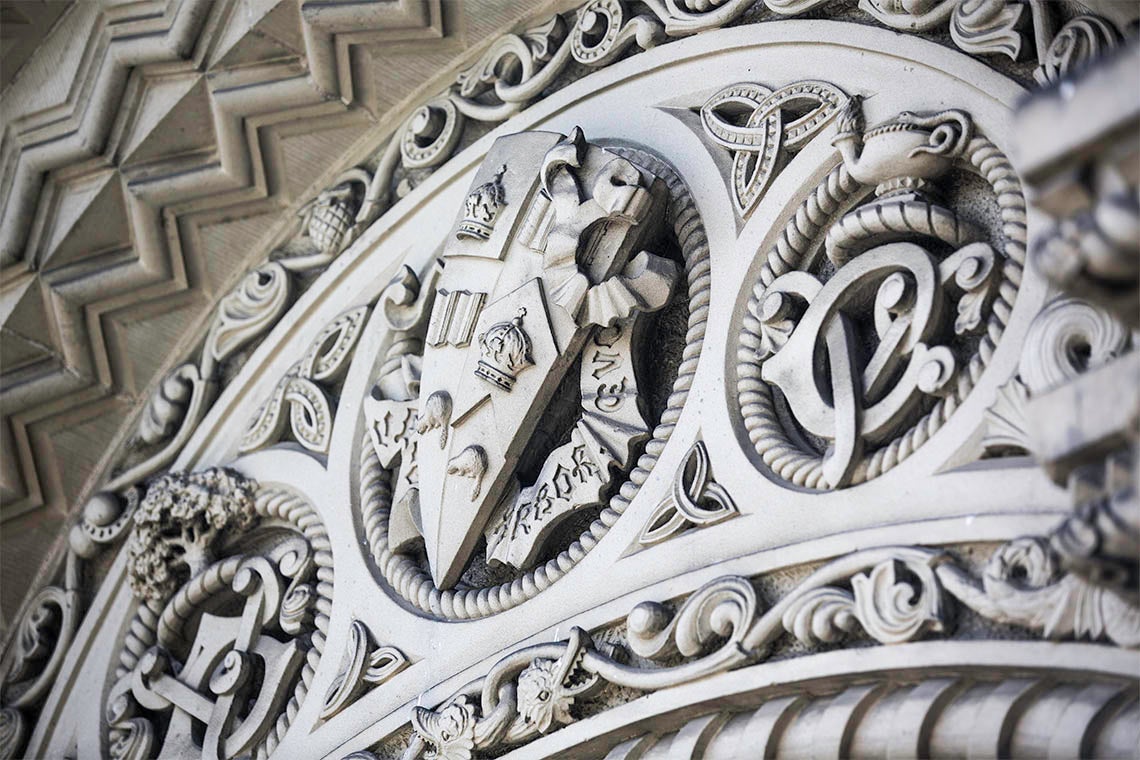 External influence played no role in the decision to discontinue the recruitment of a preferred candidate for the role of director of the International Human Rights Program (IHRP) at the University of Toronto’s Faculty of Law.

That is the conclusion of an independent review by the Honourable Thomas A. Cromwell CC, former justice of the Supreme Court of Canada, into the search process for the professional position.

Cromwell found that then-dean of the Faculty of Law Edward Iacobucci determined he could not accept the recommendation of the search committee in September 2020 due to legal constraints on hiring a non-Canadian residing outside the country and the timing needs for the director role. A conversation between a U of T alumnus and an advancement professional about the preferred candidate did not play any part in the decision, he noted.

President Meric Gertler, who asked Cromwell to conduct the review, called it a turning point for the community, and said the university will implement all of the recommendations in the report, which was released on March 29.

“While those involved in the search acted in good faith, we can all agree that certain things should have been done differently,” he said. “At the same time, I would like to emphasize my confidence in the power of the community’s shared values and the goodwill that motivates its members to achieve the reconciliation we all desire.”

Some blamed the failed search on what they called interference from the alumnus, and expressed concern about an encroachment on academic freedom, the report noted.

The report also noted that the dean was not able to respond fully due to legal constraints related to protection of privacy and the need to adhere to the university’s confidentiality principles regarding searches.

President Gertler acknowledged the difficult position that Iacobucci was in throughout the controversy, since he was not able to respond to concerns or correct misinformation. “The report provides the factual comprehensiveness and analysis needed to clarify and settle key aspects of this controversial matter,” he said.

While some alleged an offer of employment had been rescinded, Mr. Cromwell concluded that, though negotiations were at an advanced stage, no formal offer in the legal sense was made and no accepted offer was rescinded.

Iacobucci announced in February 2020, before the search began, that consistent with the timeline he indicated when he accepted his renewal, he would step down as dean on Dec. 31, 2020 to pursue his research and return to the professoriate. Among his many achievements as dean, he expanded experiential learning opportunities for students and greatly enhanced student financial aid.

In his 77-page report, Cromwell recommended that the university improve its policies and procedures around confidentiality, and engage in a reconciliation process – both internally within the Faculty of Law and with the preferred candidate – to heal the “deep wounds” the controversy has left in its wake. President Gertler said he has already sent a written apology to the candidate regarding the confidentiality breaches, which were not consistent with the university’s high standards and best practices. The provost, the vice-president of human resources and equity, the vice-president of advancement and Jutta Brunnée, the new dean of the Faculty of Law, will work to implement the report’s other recommendations.

Brunnée, who began her term as dean of the Faculty of Law on Jan. 1, 2021 and was not part of the search process, said the report speaks for itself.

“I share Mr. Cromwell’s optimism that we can build on a common commitment to the university’s values as we work to improve how we communicate and resolve differences,” she said. She is launching a series of conversations within the faculty to facilitate a reconciliation following a difficult period for faculty, students and staff.

The report outlined how the university could strengthen its search processes, including ensuring selection committees sign confidentiality agreements and record key decisions reached in meetings.

It also acknowledged that professional staff, especially in human rights and public interest law clinics, who are in the business of taking on controversial and unpopular causes, may make professional decisions that cause discomfort to powerful people, groups and institutions, and may require the university’s support to enable them to undertake such work.

The university should “re-affirm that attempts by anyone – lobby groups, corporations and donors – to block, prevent or disqualify an applicant in a hiring process on the basis of the candidate’s religious or political views, scholarly or other public work or social activism must be firmly rejected…,” the report noted.

It recommended U of T develop explicit policies or protocols as to how to handle any inquiries made by an alumnus or others regarding a recruitment process.

The university is committed to addressing these issues, said President Gertler.

Professor Emerita Rebecca Cook, founder of the IHRP, currently serves as the IHRP’s interim head. She has been meeting with faculty, students, alumni and staff to gather recommendations about how to further strengthen the popular program, which was founded in 1987 as Canada’s first international human rights clinic.

“The IHRP is a key part of our international and experiential offerings,” said Brunnée. “Students greatly value the opportunities it provides. I look forward to positioning the IHRP to be better yet, and to relaunching the clinic component of the IHRP as soon as possible.”

The program works to enhance the legal protection of existing and emerging international human rights obligations through advocacy, knowledge-exchange and capacity-building initiatives. It provides experiential learning opportunities for students, and legal expertise to civil society.