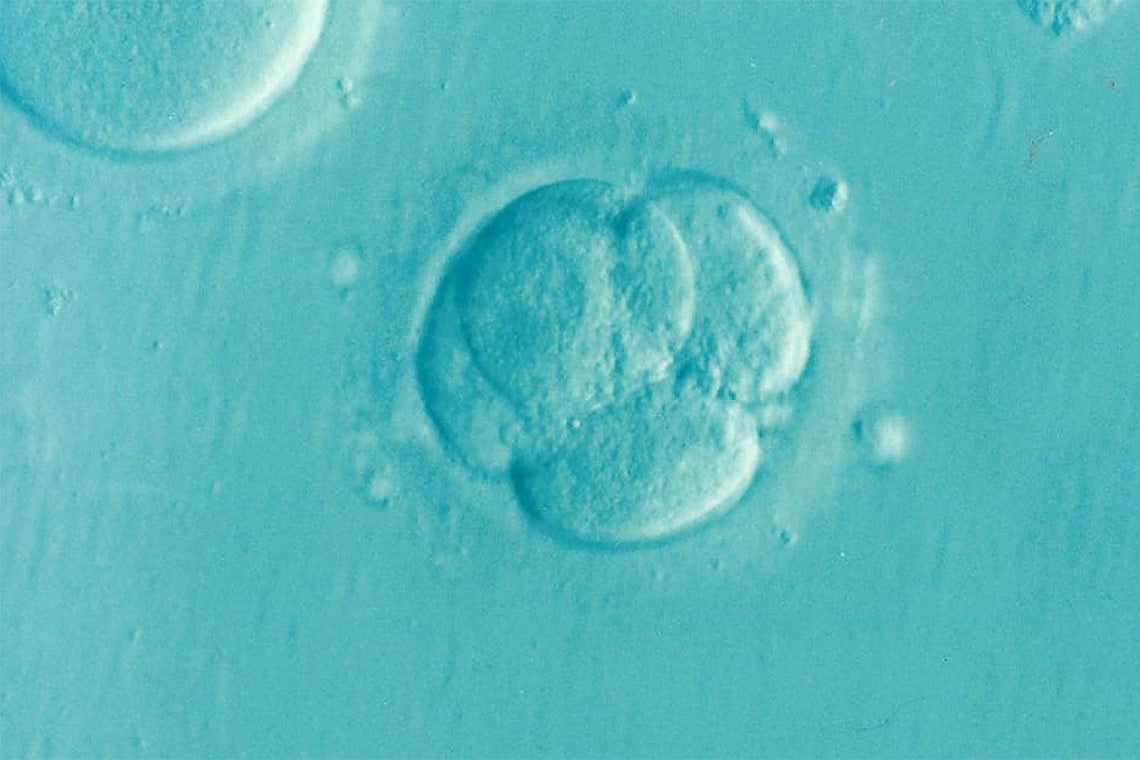 New research by cell biologists at the University of Toronto provides significant new insight into the first step stem cells go through to turn into the specialized cells that make up organs.

The findings, published online in Genes & Development, implicate the ability of proteins to hang around in cells – their stability – as a major factor in controlling a stem cell’s state, and in the decision to remain a stem cell or transform into a specialized cell.

Stem cells are regulated by a network of proteins that maintain their ability to become any type of cell – a property known as pluripotency. These proteins – known as transcription factors – are produced from genes in an organism’s DNA and regulate the process by which cells decide whether to initiate development. The new findings highlight the role of KLF4, one of the transcription factors that gives stem cells their unique properties. 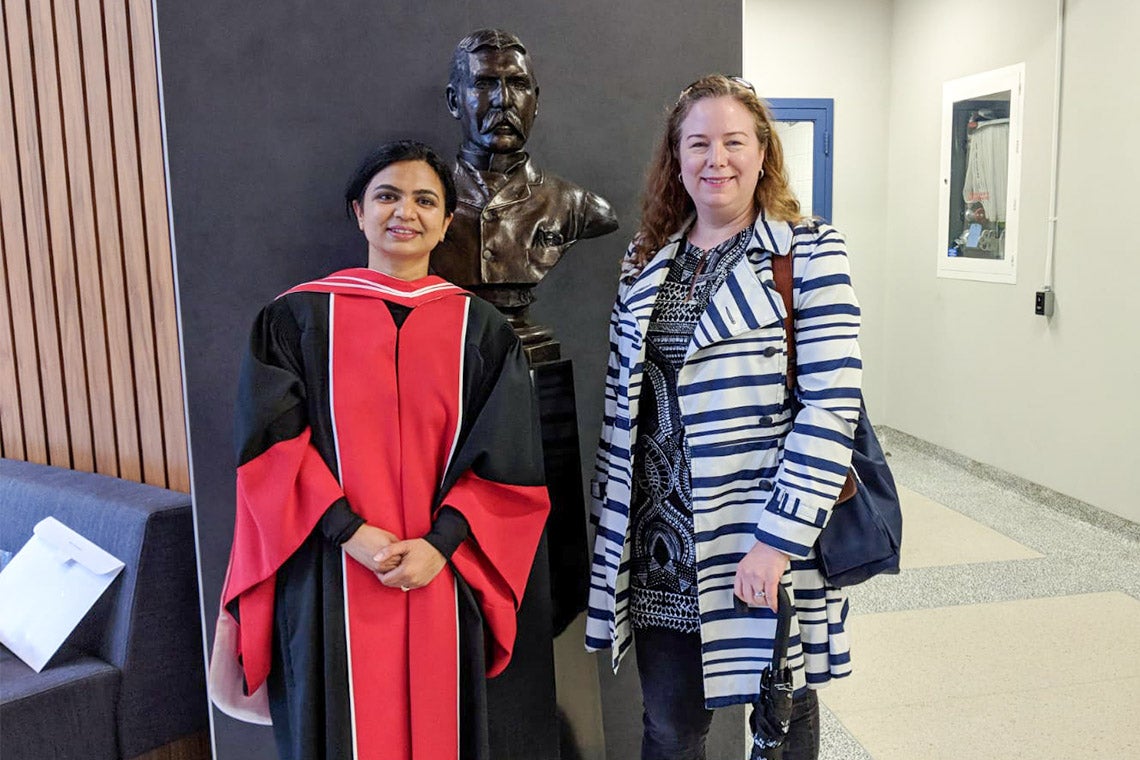 The study's lead author, Navroop Dhaliwal (left), recently completed a PhD with Jennifer Mitchell (right), an associate professor in U of T’s department of cell and systems biology (photo by Neil Macpherson)

“Many previous studies focus on the genes that are turned on or off as stem cells are destined to make specific organs,” says lead author Navroop Dhaliwal, who recently completed a PhD with Associate Professor Jennifer Mitchell in U of T’s department of cell and systems biology in the Faculty of Arts & Science.

“Our work exposes a situation earlier in the process where reducing gene expression by 90 per cent does not affect the amount of protein made. It was a really surprising finding when we first saw the results.”

The discovery was serendipitous as the researchers initially set out to investigate how the KLF4 gene is regulated during transcription, but soon turned their attention to the KLF4 protein instead.

The researchers found KLF4 proteins made one day remained functional 24 hours later – a particular surprise as transcription factors typically only last for two or three hours in a cell. When they looked at how stem cells differentiate and exit the stem cell state, they found KLF4 becomes unstable during the process, and by preventing this breakdown the cells can’t differentiate.

“We discovered that the KLF4 protein is highly stable and locks cells in the stem cell state,” said Dhaliwal.

“Breaking it down, however, releases stem cells to specialize and eventually become the different organs of the body.”

Dhaliwal and her colleagues say the findings indicate that KLF4 protein destabilization is a critical step in the ability of a stem cell to become any one of the hundreds of special cell types found in a mature organism.

“These findings have important implications for regenerative medicine as building new organs requires a detailed understanding of how stem cells exit their immature state,” says Dhaliwal, now a postdoctoral fellow at the Hospital for Sick Children in Toronto.

“Knowing this, we can now develop more efficient ways to produce patient-specific stem cells and differentiate these cells to more mature cells, which will be the focus of my postdoctoral work.”

Beyond its role in stem cells, KLF4 is also involved in numerous cancers. The researchers suggest the mechanisms uncovered here may shed light on its role in the development of breast cancer, squamous cell carcinoma and gastrointestinal cancer.

“The data we present highlight the importance of studying both transcriptional control and mechanisms that affect protein abundance,” says Mitchell.

“These mechanisms are particularly timely to keep in mind as more and more work shifts to a focus on gene expression using techniques like single-cell RNA sequencing, which would not have revealed the mechanisms we uncovered.”

Support for the research was provided by the Canadian Institutes of Health Research, the Canada Foundation for Innovation, the Ontario Ministry of Research and Innovation and the Ontario Graduate Scholarship program.