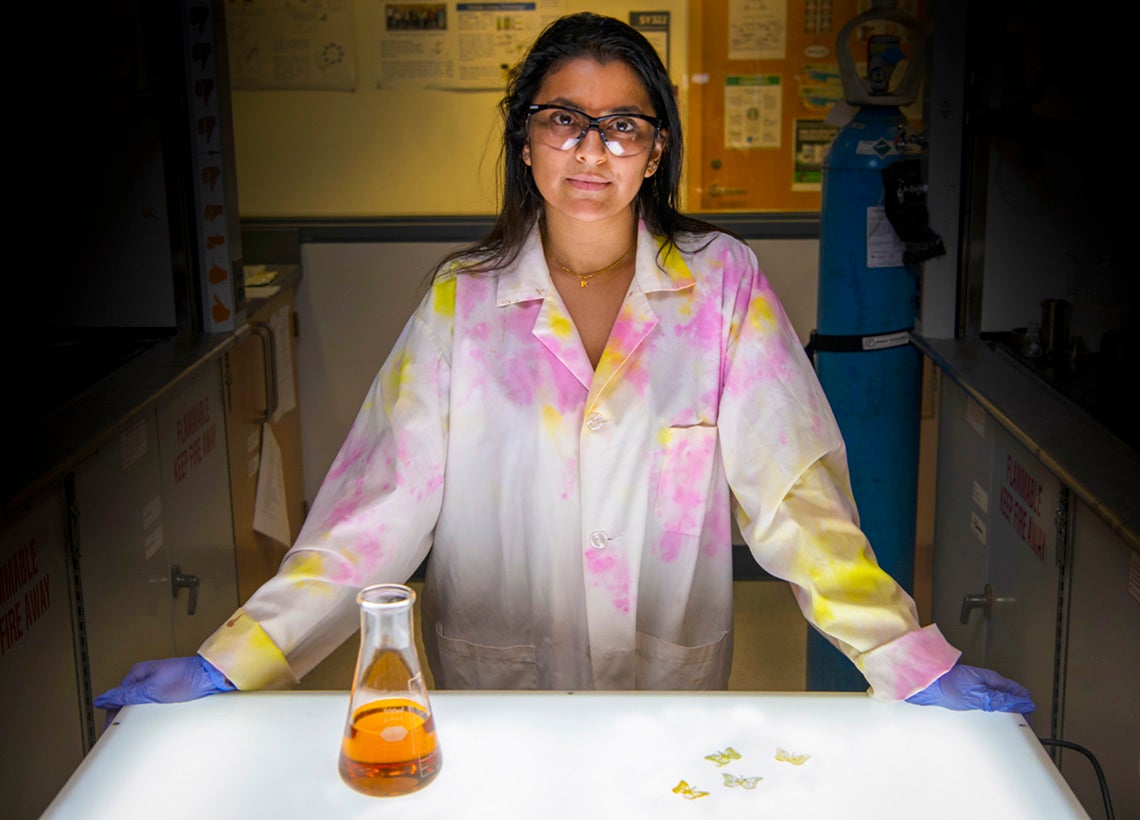 Rajshree Biswas, a PhD student in the lab of U of T Scarborough Professor Andre Simpson, shows off biodegradable plastic butterflies made using a 3D printer and resin derived from McDonald's waste cooking oil (photo by Don Campbell)

Researchers at the University of Toronto Scarborough have, for the first time, turned waste cooking oil – from the deep fryers of a local McDonald’s – into a high-resolution, biodegradable 3D printing resin.

Using waste cooking oil for 3D printing has significant potential. Not only is it cheaper to make, the plastics made from it break down naturally unlike conventional 3D printing resins.

“The reasons plastics are a problem is because nature hasn’t evolved to handle human-made chemicals,” says Andre Simpson, a professor at U of T Scarborough’s department of physical and environmental sciences who developed the resin in his lab.

“Because we’re using what is essentially a natural product – in this case fats from cooking oil – nature can deal with it much better.” 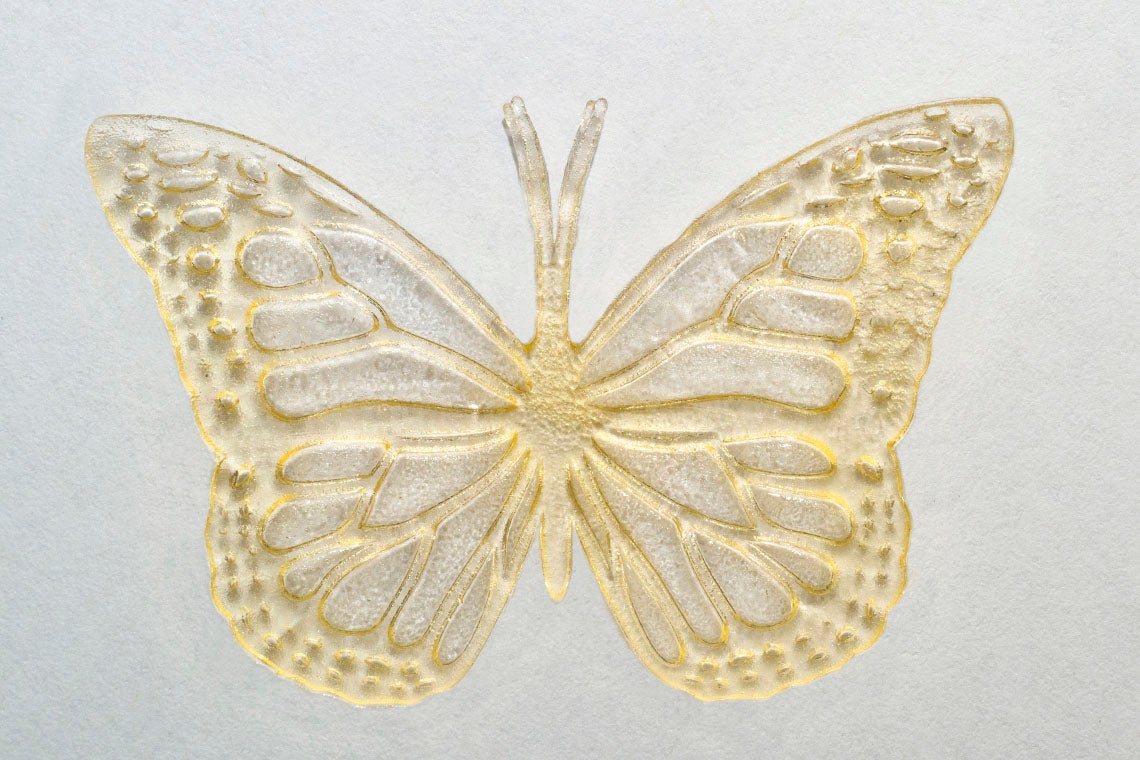 Simpson first became interested in the idea when he got a 3D printer about three years ago. After noting the molecules used in commercial resins were similar to fats found in cooking oils, he wondered whether one could be created using waste cooking oil.

One challenge was finding old cooking oil from a restaurant’s deep fryers to test in the lab. Despite contacting several major national fast food chains, the only one that responded was McDonald’s. The oil used in the research was from one of the hamburger chain’s Scarborough restaurants. 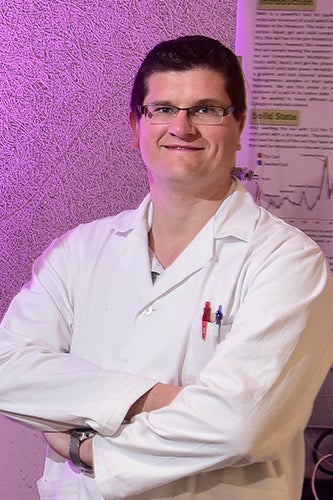 Simpson (left) and his team used a straightforward one-step chemical process in the lab, using about one litre of used cooking oil to make 420 millilitres of resin. The resin was then used to print a plastic butterfly that showed features down to 100 micrometres and was structurally and thermally stable, meaning it wouldn’t crumble or melt above room temperature.

“We found that McDonald’s waste cooking oil has excellent potential as a 3D printing resin,” says Simpson, an environmental chemist and director of the Environmental NMR Centre at U of T Scarborough.

Conventional high-resolution resins can cost upwards of US$525 per litre because they’re derived from fossil fuels and require several steps to produce. All but one of the chemicals used to make the resin in Simpson’s lab can be recycled, meaning it could be made for as low as US$300 per tonne, which is cheaper than most plastics. It also cures solid in sunlight, opening up the possibility of pouring it as liquid and forming the structure on a work site.

Another key advantage is biodegradability. The researchers found that burying a 3D-printed object made with their resin in soil lost 20 per cent of its weight in about two weeks.

“If you bury it in soil, microbes will start to break it down because essentially it’s just fat,” Simpson says.

“It’s something that microbes actually like to eat and they do a good job at breaking it down.”

The results of the research are published in the journal ACS Sustainable Chemistry & Engineering. Simpson received funding from the Natural Sciences and Engineering Research Council of Canada, the Canada Foundation for Innovation, the Government of Ontario and the Krembil Foundation.

A local #ScarbTO @McDonaldsCanada gave the researchers the old oil to test it out—and it WORKED! https://t.co/524Vhxx9WV #UTSC #UofT pic.twitter.com/XRFNSOSLZn