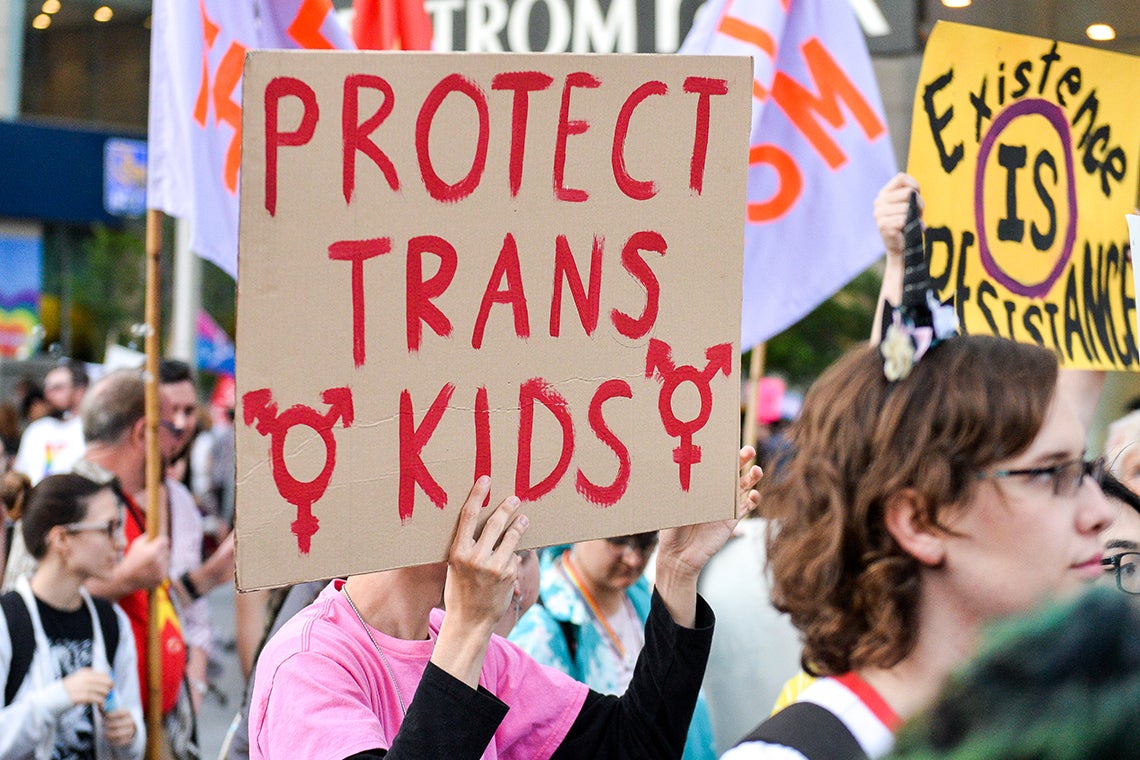 A participant in Toronto's 2019 Trans March, held in June, holds up a placard (photo by Anatoliy Cherkasov/SOPA Images/LightRocket via Getty Images)

Trans people do not have access to adequate and inclusive medical care. Gay, bisexual and other men who have sex with men face discriminatory policies when donating blood. When measuring homelessness, researchers cannot determine how many LGBTQ youth and young adults are affected.

When Canada doesn’t collect data on gender identity, it’s to the detriment of the community. But one researcher at the University of Toronto says that could be about to change.

Along with their PhD students, Assistant Professor Alex Abramovich and Associate Professor Lori Ross – both of U of T’s Dalla Lana School of Public Health – helped develop 23 recommendations that were presented to the House of Commons Standing Committee on Health in June. If enacted, the recommendations would allow the government to collect inclusive data – a significant change the LGBTQ community has been requesting.

“Trans people are often not included in national health data, such as suicide data,” says Abramovich. “There is still so much that we don’t know regarding LGBTQ2S health.

“Collecting this data will allow us to implement interventions and save lives.” 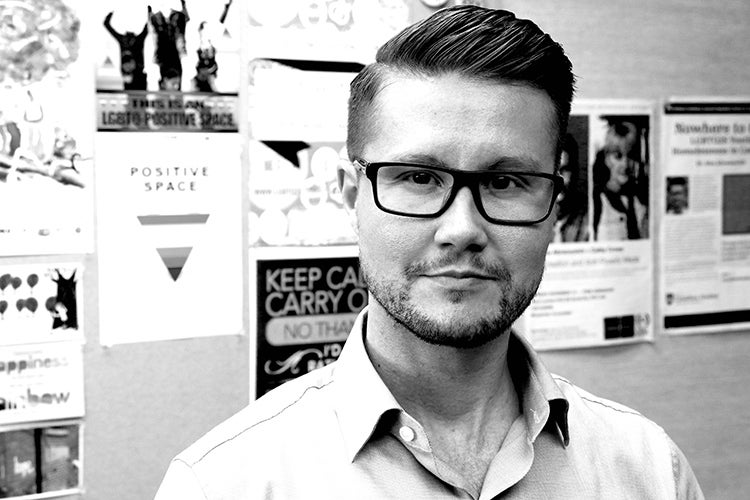 Abramovich has been studying the issue of homelessness among LGBTQ youth and young adults for over a decade and does a lot of work in the area of trans health. With enough data, he says, public health specialists can provide safe housing for LGBTQ youth and education for health providers across Canada.

The report also recommends an end to all discriminatory practices related to blood, organ and tissue donation for men who have sex with men and trans people.

“I am thrilled this report has meaningfully included the research findings of community-based organizations I am fortunate to work with, including the Community-Based Research Centre (CBRC),” says Daniel Grace, an assistant professor at Dalla Lana.

In a recently published qualitative study in the journal BMC Public Health, Grace spoke to 47 Canadian men who wanted policies to catch up to evidence on HIV testing. Grace says an HIV-negative man told him his blood shouldn’t be deemed “better or worse” and that we “should look more at risky sexual behavior – independently of a person’s sexual orientation or gender.”

To give blood just three years ago, a man had to abstain from all sexual contact with other men for at least 12 months. Today, the deferral period is three months – an incremental step in the right direction, but still discriminatory, according to Grace.

In his latest op-ed in Vancouver’s Georgia Straight, Grace and his collaborators expressed the importance of a scientifically-informed blood donation policy that removes discriminatory bans while ensuring Canada’s blood supply is safe and readily available.

“This study on LGBTQ2S health that the committee undertook is historic. Many people have waited a long time for something like this to happen,” he says.

“I am honoured to have been invited as a witness, especially as a trans-identified researcher, studying LGBTQ2S youth homelessness.”