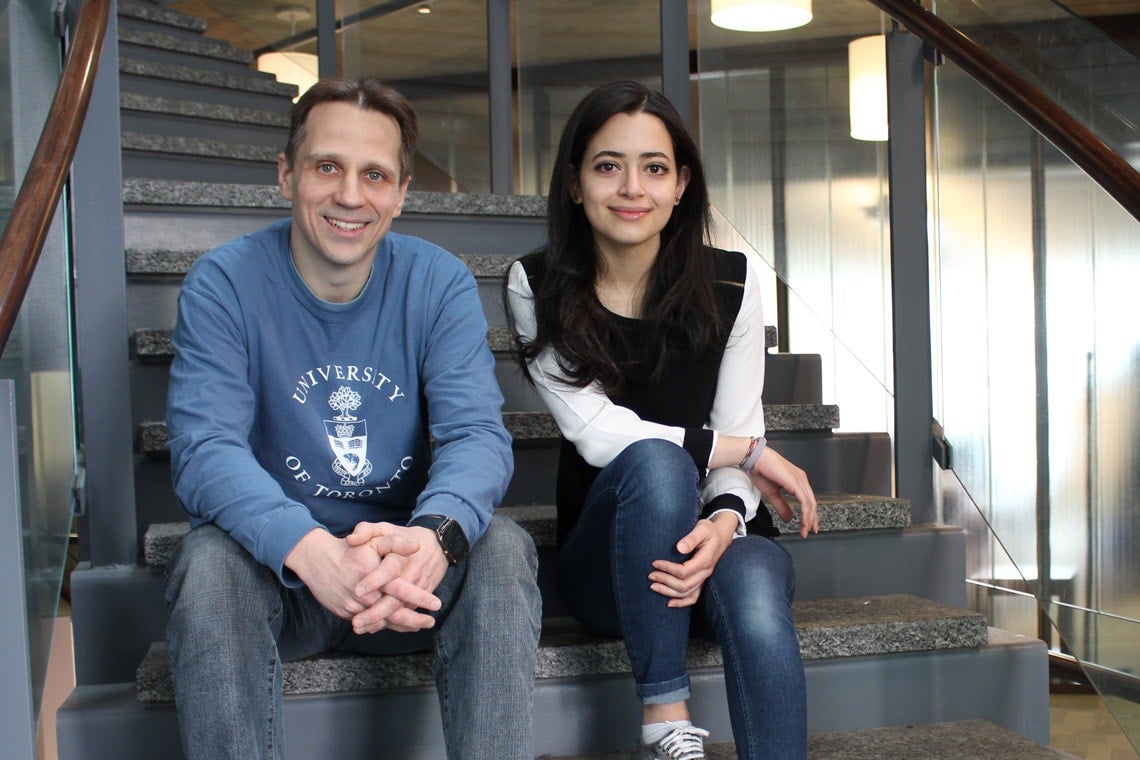 Technological advances are moving everyday tasks online – including banking, shopping, communicating, and refilling prescriptions – and many seniors can't keep up.

So researchers at U of T are looking at ways to help them avoid social isolation.

Cosmin Munteanu, an assistant professor at U of T Mississauga’s Institute for Communication, Culture, Information and Technology and the Faculty of Information, has teamed up with first-year master's student Hiba Rafih to research the issue.

They are analyzing and assessing seniors, their relationship to technology, and their access to information online.

“Many older adults are marginalized digitally,” says Munteanu, co-director of the Technologies for Aging Gracefully Lab (TAGlab). “Facilitating their online participation may lead to a reduction of their social isolation, which will lead to several other indirect benefits," such as improving their health or finances.

But research into the extent of the problem is limited, he says.

Rafih explains that there's often a lack of data on senior citizens. For those aged 65 and over, their digital knowledge and habits increase their feeling of isolation, she says.

As they become socially isolated, it may become more difficult for them to reach out for help in navigating the Internet. Senior citizens’ social circles are typically small, or for older seniors, can be non-existent. This means that asking for assistance, or even knowing how to articulate a question regarding technology, can be a major roadblock for seniors attempting to use the Internet for social interaction, information, or tasks, Rafih says.

Society cannot fix the problem, she warns, until we identify who is vulnerable, and until then “the divide will continue to widen between seniors with low digital literacy and the exponential advancements made in technology.”

Munteanu began collaborating with Rafih when she was an undergraduate student at U of T Mississauga’s Institute for Communication, Culture, Information and Technology last year.

While the research project is in the pilot stage, the duo hope to identify major barriers, and what society might do to address seniors’ lack of access to technology, and how that affects their social circles, and quality of life. Munteanu hopes their research will reduce adults' digital marginalization, spread cyber safety awareness and knowledge, and increase online participation among seniors.