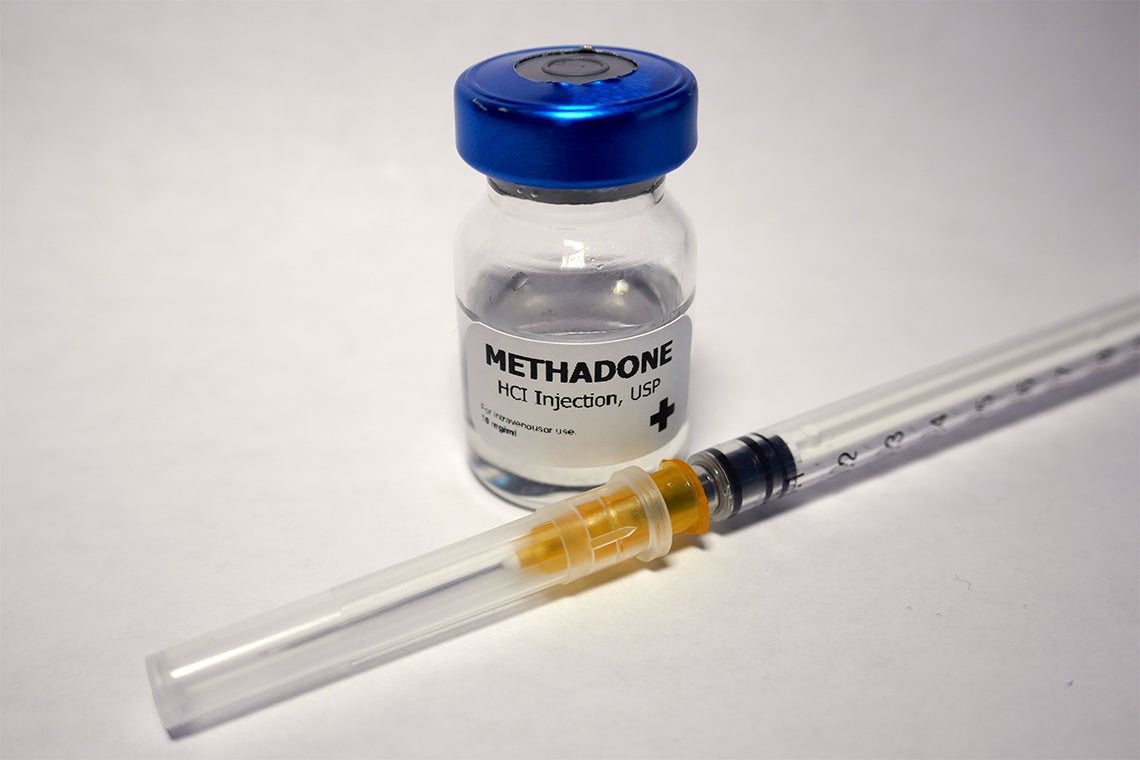 Methadone and other types of opioid agonist therapy can be an effective way to treat an opioid use disorder, but researchers found patients face stigma because of methadone's association with heroin use (photo by Hailshadow via Getty Images)

Researchers from the University of Toronto have identified four types of opioid-related stigma that depend on a variety of factors, including the context of opioid use, the social identity and networks of the person who is consuming the opioid, and what type of opioid is being consumed, including prescribed opioids.

Each type requires targeted strategies to address the unique stigmas and reduce health inequities, the researchers say. The study was published in the December 2019 edition of the International Journal of Drug Policy.

“We know that stigma is both a driver and consequence of the current overdose crisis, but opioid-related stigma is poorly understood,” said Daniel Buchman, an assistant professor at the Dalla Lana School of Public Health and a senior author of the paper.

North America is in the grips of an opioid-related overdose crisis and stigma, discrimination and prejudice are major contributors. Substance use in general is highly stigmatized, but stigma is a complex concept. Researchers say that there’s a lack of good evidence on the specific sources of opioid stigma, how it manifests in various contexts and its impact on affected groups.

Buchman worked with a research team to conduct a review of publications on opioid-related stigma. The team identified more than 8,500 papers of which 51 were analyzed. Four main themes emerged: interpersonal and structural stigma toward people accessing opioid agonist therapy, which involves taking long-acting opioid medications like methadone and buprenorphine to prevent withdrawal symptoms; stigma related to opioids for the treatment of chronic pain; stigma in health-care settings; and self-stigma.

“Labels like ‘addict,’ ‘drug-seeker’ and ‘junkie’ are barriers to accessing treatment and many people who use opioids internalize these labels and report feelings of self-blame, loathing, despair, shame and moral weakness,” said Melissa McCradden, first-author on the paper and a master of health science student at the U of T Joint Centre for Bioethics.

Opioid agonist therapy is the gold standard of treatment for opioid use disorders, but researchers found that individuals receiving this treatment face stigma from multiple angles.

For example, methadone’s association with heroin use stigmatizes the medication and the people who use it. The literature suggests that some physicians refuse to prescribe opioid agonist therapy out of fear of being stigmatized by their colleagues. Some patients who are prescribed opioids for cancer pain feel compelled to disclose their identity as a ‘cancer patient’ at the pharmacy in order to differentiate themselves from people on methadone and avoid barriers in accessing their medications.

Stigma in health-care settings was another theme identified by the research team, both in the perception of physicians, nurses and pharmacists toward people who use opioids, as well as within health care’s bureaucratic systems. For example, excessive regulation, paperwork and requirements specific to prescribing opioids may intensify the stigma experienced by people who use opioids.

“This makes a harsh moral distinction between so-called ‘deserving’ and ‘undeserving’ patients. It entrenches stigma.”

Ultimately, researchers say that a paradigm shift is needed to address the structural forms of stigma – including social and economic determinants, laws and public attitudes – in order to have an impact at the individual level.

“Stigma is considered a fundamental cause of population health inequalities and an independent social determinant of health,” said Buchman, who is also a bioethicist at the University Health Network.

The social determinants of health are the conditions in which people live that are shaped by the distribution of money, power and resources. Social disadvantages – such as poverty, housing instability and discrimination – often occur simultaneously and can intensify stigma toward those who use opioids. This further marginalizes individuals, exacerbates health inequities and perpetuates stigma.

Buchman and McCradden say that evidence-based strategies to address stigma and its long-term impact on population health are critical to curb the overdose crisis.

“The more familiar you are with a person, the less likely you are to stigmatize them, so there’s tremendous value in including and amplifying the voices of people who use opioids in health policy-making,” said Buchman.

“Humanizing people who use drugs and moving towards decriminalization of all drugs are key to a cultural shift in re-thinking substance use and redressing opioid-related stigma.”