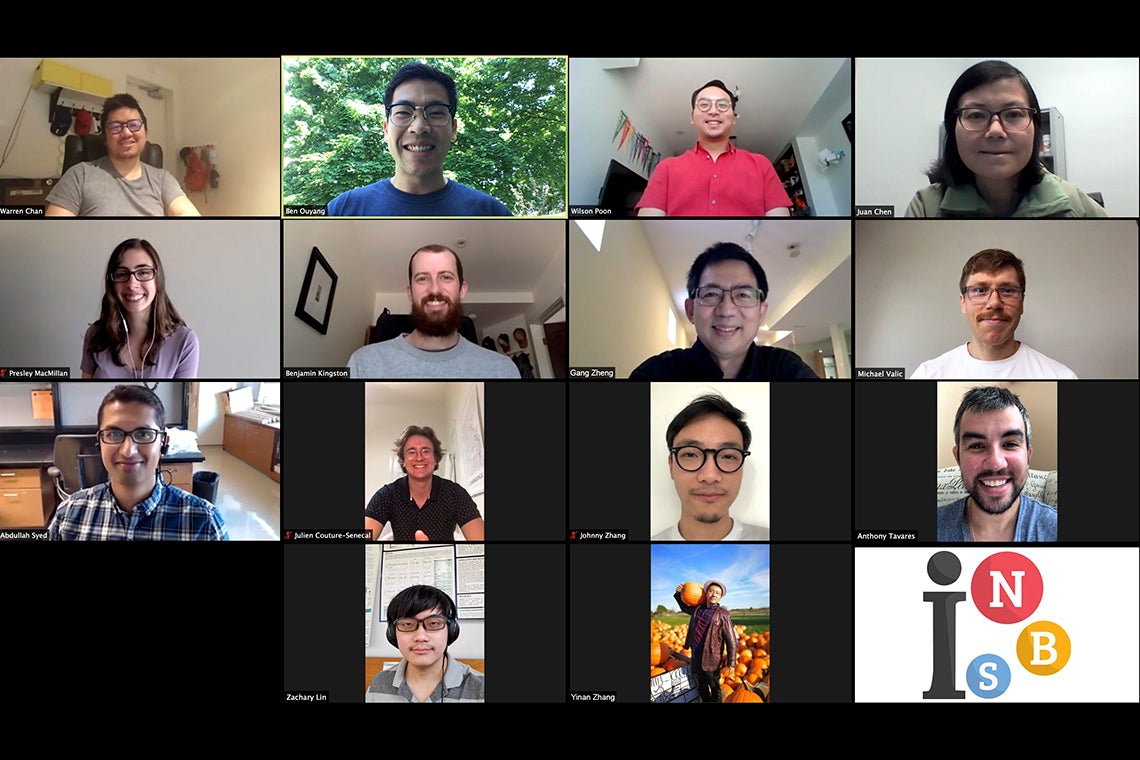 Researchers in the University of Toronto's Faculty of Applied Science & Engineering have discovered a dose threshold that greatly increases the delivery of cancer-fighting drugs into a tumour.

The findings, published recently in the journal Nature Materials, provide a potentially universal method for gauging nanoparticle dosage and could help advance a new generation of cancer therapy, imaging and diagnostics.

“It’s a very simple solution – adjusting the dosage – but the results are very powerful,” says Ben Ouyang, an MD/PhD candidate who led the research under the supervision of Professor Warren Chan of U of T's Institute of Biomedical Engineering (BME) and the Donnelly Centre for Cellular and Biomolecular Research.

The team’s research provides a potential solution to a drug-delivery problem previously raised by Chan and other researchers four years ago in Nature Reviews Materials.

Nanotechnology carriers are used to deliver drugs to cancer sites, which, in turn, can help a patient’s response to treatment and reduce adverse side effects, including hair loss and vomiting. However, in practice, few injected particles reach the tumour site.

In the Nature Reviews Materials paper, the team surveyed literature from the past decade and found that a median of only 0.7 per cent of the chemotherapeutic nanoparticles make it into a targeted tumour.

“The promise of emerging therapeutics is dependent upon our ability to deliver them to the target site,” says Chan. “We have discovered a new principle of enhancing the delivery process. This could be important for nanotechnology, genome editors, immunotherapy and other technologies.”

Chan’s team saw the liver, which filters the blood, as the biggest barrier to nanoparticle drug delivery. They hypothesized that the liver would have an uptake rate threshold – in other words, once the organ became saturated with nanoparticles, it wouldn’t be able to keep up with higher doses. Their solution was to manipulate the dose to overwhelm the organ’s filtering Kupffer cells, which line the liver channels.

The researchers discovered that injecting a baseline of one trillion nanoparticles in vivo was enough to overwhelm the cells so that they couldn’t take up particles quick enough to keep up with the increased doses. The result is a 12 per cent improvement in efficiency in delivering nanoparticles to the tumour.

“There’s still lots of work to do to increase the 12 per cent but it’s a big step from 0.7 per cent,” says Ouyang. The researchers also extensively tested whether overwhelming Kupffer cells led to any risk of toxicity in the liver, heart or blood.

“We tested gold, silica and liposomes,” says Ouyang. “In all of our studies, no matter how high we pushed the dosage, we never saw any signs of toxicity.”

The team used the threshold principle to improve the effectiveness of a clinically used and chemotherapy-loaded nanoparticle called Caelyx. The strategy shrank tumours 60 per cent more when compared to Caelyx on its own with a set dose of the chemotherapy drug doxorubicin.

Because the researchers’ solution is a simple one, they hope to see the threshold have a positive impact in current nanoparticle-dosing conventions for human clinical trials. They calculate that the human threshold would be about 1.5 quadrillion nanoparticles.

“There’s a simplicity to this method and it reveals that we don’t have to redesign the nanoparticles to improve delivery,” says Chan. “This could overcome a major delivery problem.”

The research received support from the Canadian Cancer Society, the Canadian Institutes of Health Research and the Natural Sciences and Engineering Research Council of Canada, among others.