U of T researchers developing rapid test for COVID-19 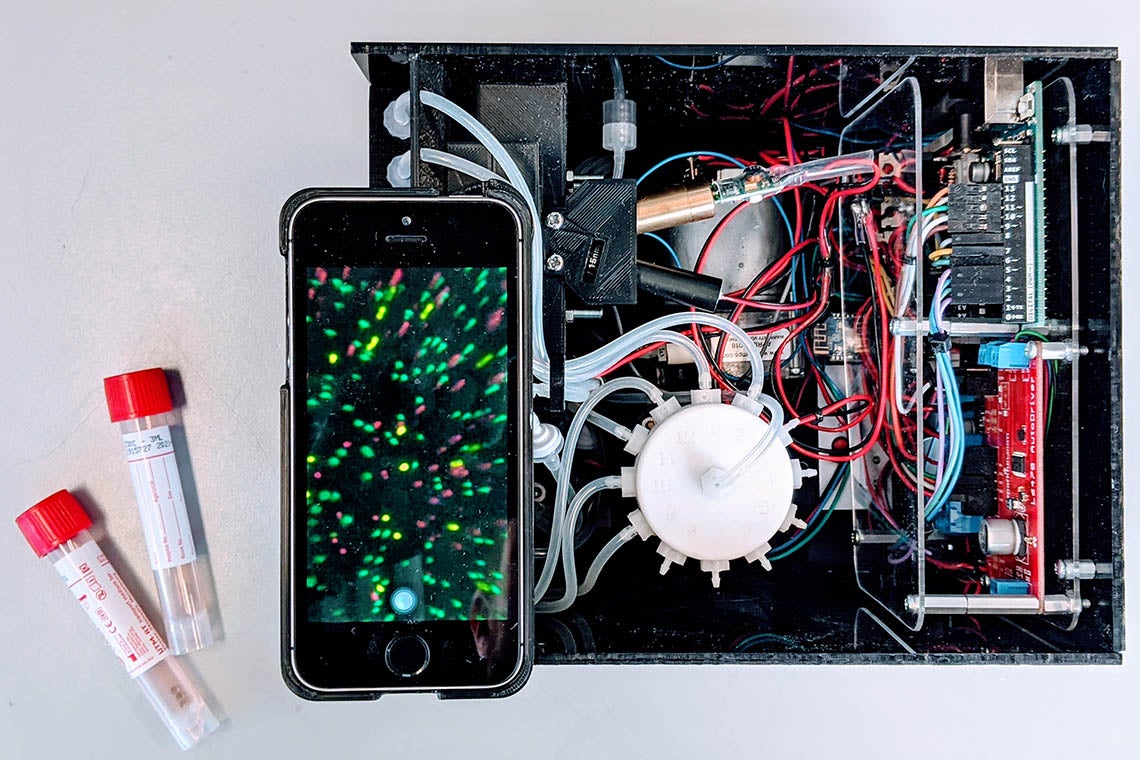 Powered by tiny light-emitting nanocrystals known as quantum dots, the test being developed by the lab of U of T's Warren Chan can simultaneously detect multiple components of the SARS-CoV-2 genetic material (photo by Alexandros Sklavounos)

While most people are sheltering at home, it’s more or less business as usual for Professor Warren Chan and his team at the University of Toronto as they rush to develop an automated, more sensitive and rapid test for COVID-19 to help curb the pandemic.

In fact, the current global lockdown has only strengthened the Chan team’s resolve to complete their work. That’s because widespread testing is needed to detect and quickly isolate infected people with mild or no symptoms to halt the novel coronavirus’s rapid spread.

“It is very rewarding being able to work with everyone and do something that is contributing to this and future epidemics,” says Hannah Kozlowski, a graduate student in her fourth year of U of T’s MD/PhD program.

Powered by tiny light-emitting nanocrystals known as quantum dots, the test can simultaneously detect multiple components of the SARS-CoV-2 genetic material, making it more sensitive than most available methods, which measure only one viral gene at a time. Single tests have a level of uncertainty and can give false negative results in people who are infected.

“A lot of available tests out there are faulty but people are using whatever is available and works best at this point,” says Chan, who is director of U of T’s Institute of Biomaterials and Biomedical Engineering in the Faculty of Applied Science & Engineering and principal investigator at the Donnelly Centre for Cellular and Biomolecular Research.

“Some of the tests were developed without even being tested on patient samples,” he added, meaning that the tests have not been optimized for variable amounts of the virus across patients.

The project is funded through the $8.4-million Toronto COVID-19 Action Fund, which was launched last month to support high-impact research at U of T and its partner hospitals in the global fight against the novel coronavirus. 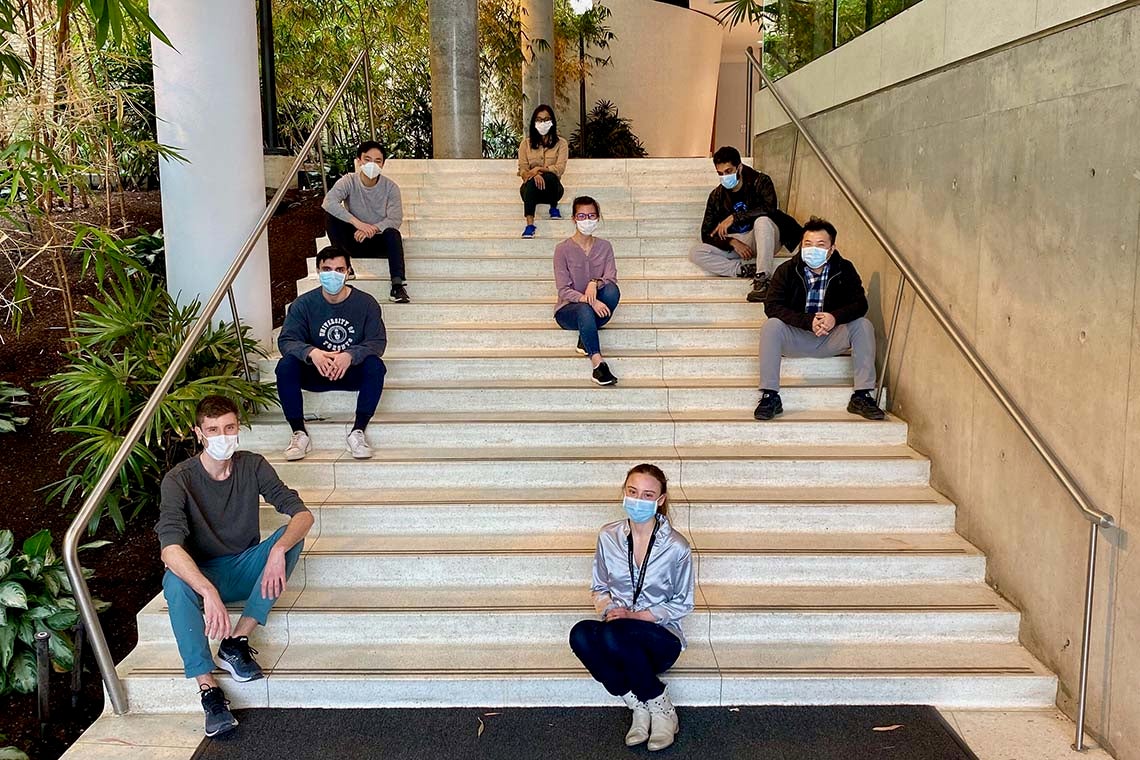 Graduate students working through the lockdown to develop a portable, rapid and sensitive COVID-19 test are pictured in the Donnelly Centre lobby wearing masks and practising physical distancing (photo by Alexandros Sklavounos)

Chan is collaborating with infectious disease specialists in U of T’s department laboratory medicine and pathbiology in the Faculty of Medicine: Samira Mubareka, who is also with Sunnybrook Health Sciences Centre, and Jonathan Gubbay of Public Health Ontario. The pair are providing patient swab samples from the front line so that the test can be calibrated for clinical use. They previously joined forces in 2016 to develop a test for the Zika virus, but switched their focus to COVID-19 as it began spreading out of China.

The team is also working with Gary Bader, a professor of molecular genetics and computer science in the Donnelly Centre, who is tracking how the virus is evolving so that the test can be adjusted to capture new strains as they appear.

The test is based on quantum dots, nano-scale particles that glow in bright colours when struck by light. These particles can be fitted into microscopic machineries, each looking for signs of the virus while emitting a unique spectrum of light that can be harnessed for test readout. Such collective chemistry produces more data points and serves to increase result confidence.

The test is also rapid, revealing results in under an hour, and it can be carried out outside hospitals or specialized labs. On-the-go testing like this employs a relatively recently developed chemistry in which DNA is amplified at constant temperature unlike the standard method that requires frequent temperature changes obtainable only with specialized instruments.

Matthew Osborne, a second-year graduate student in the lab, is tasked with fitting the entire process – from receiving a swab sample to detecting viral material inside it – into a portable device with a smartphone readout.

“The general idea is that you have a reusable platform that you plug disposable cartridges into, where each cartridge processes a single patient sample,” says Osborne.

“We want the user who’s using the device to have to do the least amount of work as possible,” he says.

The newest member of the lab, Hongmin Chen, who joined the team in January, is taking care of software development.

The device prototype stems from a career marked by deadly outbreaks. SARS was wreaking havoc in Toronto in 2003 soon after Chan joined U of T as a young faculty member. He set out developing diagnostics with quantum dots, whose application in life sciences researchers were just beginning to explore.

While the device is currently being optimized for the detection of SARS-CoV-2 genetic material, it can also be adapted for antibodies generated in response to the infection to find out who is immune.

“We have been putting this in place for 18 years,” says Chan. “We took the time to develop all the science behind it and now we have a plug-and-play system that can be applied for various applications,” he says.

The team collectively made the decision to continue working on their COVID-19 project during lockdown, obtaining special permission from the university.

“It’s a project that we’ve already been working on and the pandemic has really pushed us to improve and hopefully make an impact sooner,” Osborne says.