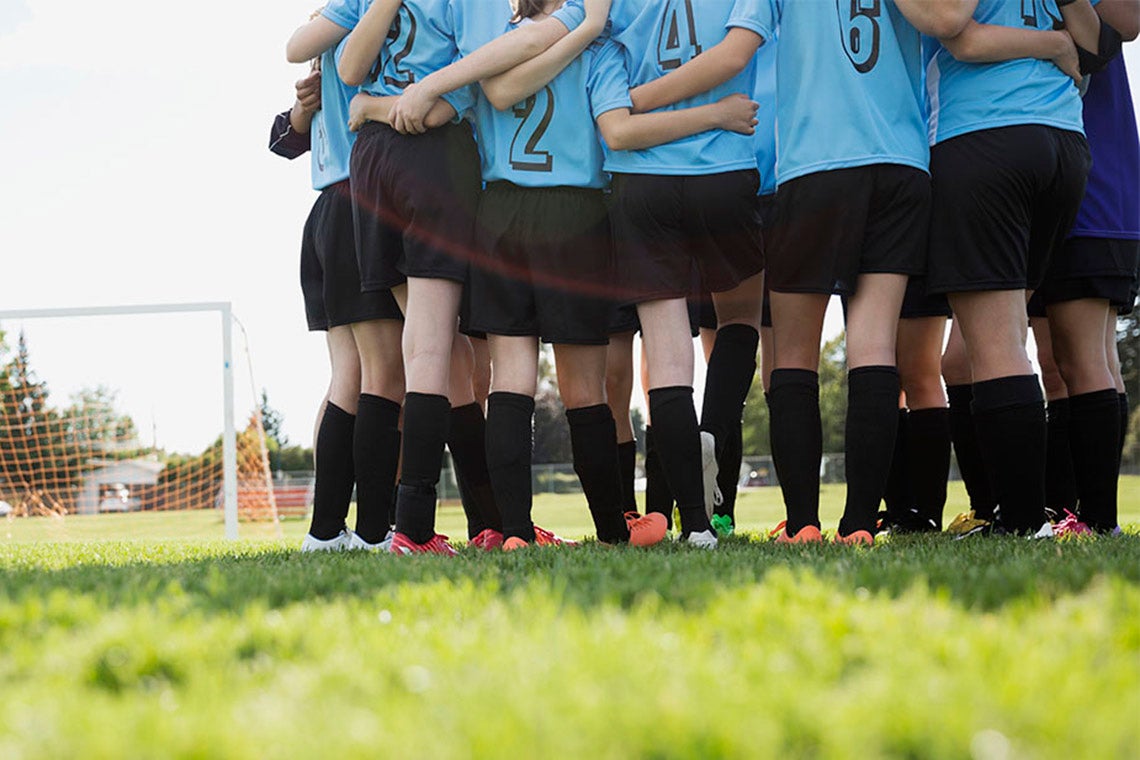 Tackling abuse in Canadian sports has long been a topic of discussion – one that gained even more momentum in the wake of the #MeToo movement and recent convictions related to sexual abuse in the sports world.

This, in turn, has resulted in several significant commitments to safe sport in Canada, including the Red Deer Declaration for the Prevention of Abuse, Harassment and Discrimination in Sport and the development of the Universal Code of Conduct to Prevent and Address Maltreatment in Sport (UCCMS).

But there is still a long way to go, according to a group of University of Toronto researchers.

“For example: where do formal complaints go? Who will conduct investigations and adjudications? Who will determine sanctions? Who will maintain a publicly accessible database of sanctioned individuals? Who will provide supports and resources for athletes who have experienced maltreatment? And who will conduct the necessary educational programs to change the dominant culture?” says Gretchen Kerr, a professor in U of T’s Faculty of Kinesiology & Physical Education who specializes in research into athlete maltreatment.

Kerr recently co-authored a Centre for Sport Policy position paper on the topic with fellow KPE professors Bruce Kidd and Peter Donnelly. It was titled Advancing safe sport in Canada: A statement of independence

The central debate, according to Kerr, revolves around the extent to which the complaint and investigative processes should be independent from sport organizations.

“Currently, the term “independence” is being applied in very different ways,” says Kerr. “Some national sport organizations claim they use an independent system because they hire safe sport officers or independent investigators to investigate complaints. However, when the responsibility for any part of the process – deciding whether an investigation is needed, initiating investigations, assessing or applying penalties – within sport is borne by the very sports bodies within which allegations arise, they will always be compromised.”

Kerr says conflicts of interest may arise from pressures sport organizations face to win medals and maintain funding from government and sponsors, or their loyalty to colleagues in positions of power and attempts to maintain a positive image for their sport.

So, what would an independent safe sport complaint process look like? According to Kerr, Kidd and Donnelly, it would involve four fundamental components:

To ensure these components are adhered to, Kerr, Kidd and Donnelly recommend the creation of a single, pan-Canadian independent body that would: establish pools of trained people to triage, gather information and adjudicate in cases of maltreatment in sport; maintain a national, publicly accessible database of those criminally convicted or suspended by sport organizations; and provide referrals to independent support for complainants and provide education on safe sport.

“This is a sentiment echoed by Canadian athletes who have made repeated calls for an independent body to oversee safe sport in this country,” Kerr says.

At the National Safe Sport Summit held in May 2019, AthletesCAN called for the establishment of a Canadian safe sport body that would be independent of national and multi-sport organizations to oversee all aspects of safe sport – from policy, education and training to investigation and adjudication, support and compensation. Similar calls were also voiced in the 2019 study of maltreatment amongst Canadian National Team members, conducted by Kerr, Erin Willson, a Ph.D. candidate in KPE's exercise science program and former Olympian and KPE Associate Professor Ashley Stirling.

“By creating a single, independent, pan-Canadian independent body of investigation, adjudication and compliance, consistency in application of the UCCMS would be assured to all athletes regardless of sport, geographical location in the country or access to external supports and resources,” says Kerr.

“Furthermore, such a body would provide consistent, equitable support and expertise to sport organizations – both big and small – thus freeing up capacity and resources to pursue other endeavours. Finally, it would have and deserve the trust of all participants in sport and be able to deliver on the promise of safe sport in Canada.”