U of T researchers awarded $46.4 million by NSERC 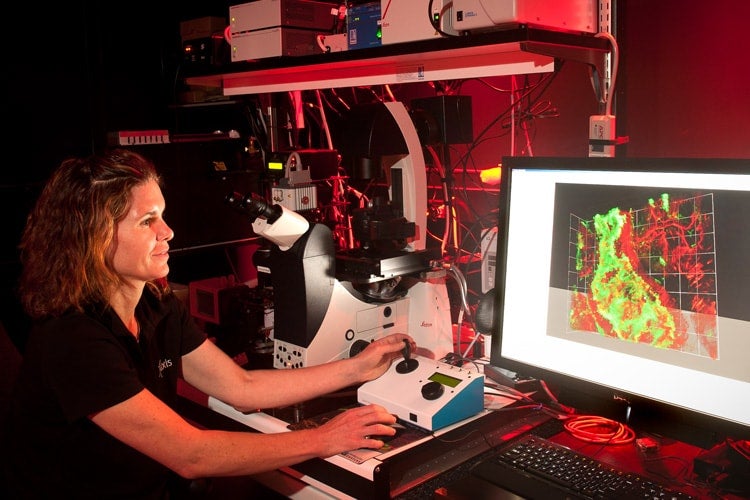 More than 300 researchers at the University of Toronto are receiving a big boost — $46.4 million —from the Natural Sciences and Engineering Research Council of Canada (NSERC) to help fund their cutting-edge research.

The amount, awarded today by federal Science Minister Kirsty Duncan at an event in Hamilton, will help support a broad spectrum of research at U of T from modernizing electric power grids, to studying primate evolution and even probing the universe with the world’s largest refractor.

“The research community at the University of Toronto is profoundly grateful to the Government of Canada and NSERC for their ongoing investment in the globally ground-breaking work that happens here,” said Professor Vivek Goel, U of T’s vice president of research and innovation.

“Discovery Grants accelerate the work of our top researchers who are furthering our understanding of the world and how it works, which benefits all Canadians. NSERC scholarships and fellowships help support the next generation of researchers as they pursue their areas of research in earnest.”

The U of T funding was among more than 4,000 awards totalling $465 million announced today by NSERC for scholarships, fellowships, research supplements and equipment grants.

“Today’s investment will allow many of Canada’s scientists and engineers to explore the frontiers of knowledge where they can make exciting new discoveries,” said Duncan.

“Our government is committed to investing in these future research leaders and in the cutting-edge ideas that will lead Canada to social and economic growth for a better tomorrow.”

In addition to the 206 research grants worth $36.4 million, there are 13 awardees sharing $1.6 million in funding to “accelerate progress and maximize the impact” of their highly original research through NSERC’s prestigious Discovery Accelerator Supplements Program. Each researcher’s supplement is valued at $120,000 over three years.

And, NSERC is helping launch a new generation of 93 scientists and engineers at U of T, with scholarships and fellowships worth $8.5 million to help support their studies at the graduate and postdoctoral level.