U of T researcher unpacks the genetics of inflammation 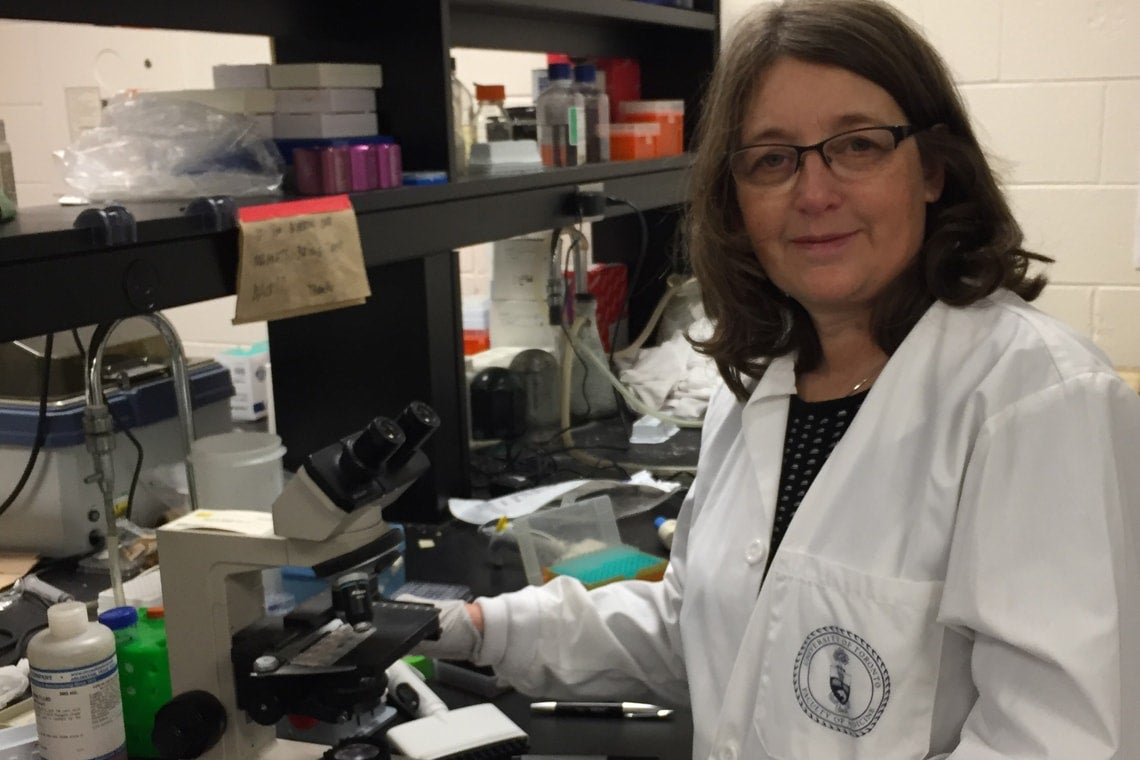 One in five people have a genetic change that’s associated with severe arthritis and sepsis, a serious bacterial infection.

Now, University of Toronto researcher Tania Watts has discovered how this tiny change worsens these conditions by increasing inflammation in our bodies.

Watts first published her results in the online edition of Nature Immunology Nov. 28.

For those who have the genetic trait, each infection they get makes a little less of an anti-inflammatory protein called TRAF1, which is normally created in white blood cells during infections. This deficiency causes increased inflammation each time someone has an infection and makes inflammatory diseases like rheumatoid arthritis a bit worse.

Although this genetic trait does not cause disease on its own, in people who have the constellation of traits that lead to rheumatoid arthritis, it appears that people with this particular genetic trait are more likely to develop disease or have worse disease symptoms.

“Although we don’t know the full implications yet, it is possible that people with rheumatoid arthritis who have this genetic change may need to be monitored more carefully for flare-ups after an infection and treated accordingly,” says Watts, a professor of Immunology in the Faculty of Medicine. “It might be more important to treat infections more quickly and aggressively for these patients.”

The genetic change is probably a leftover from evolutionary days, as inflammation is important in the control of infection. However, the downside is that for people with chronic, inflammatory diseases, this trait makes inflammation worse – leading researchers to examine its role in more detail.

“Understanding how one gene is contributing to the disease and knowing how each genetic contribution is modifying the immune response we hope will be useful for designing more customized therapies,” says Watts.