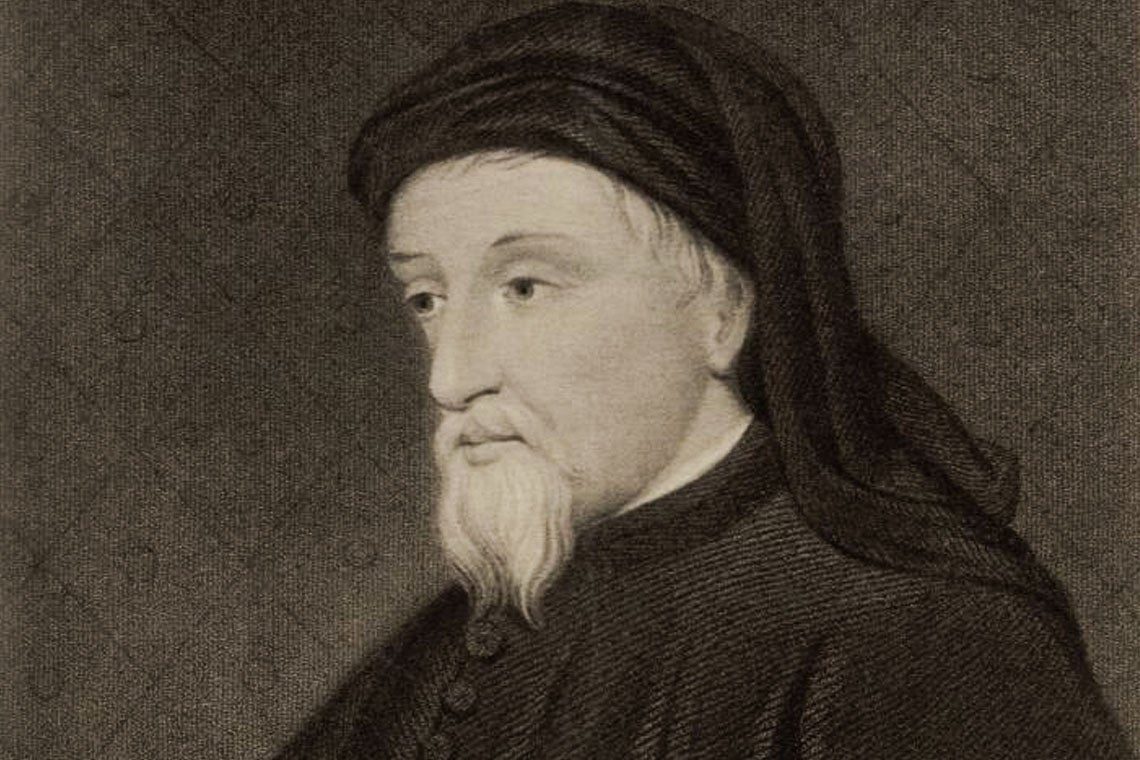 Geoffrey Chaucer, a14th-century English poet and author is depicted in a portrait from the Welsh Portrait Collection at the National Library of Wales (image via Getty Images)

Long-held assumption about 14th-century English poet Geoffrey Chaucer are being challenged by new research co-led by the University of Toronto’s Sebastian Sobecki and covered by The New York Times.

In a development that has rocked the world of medieval literary studies, Sobecki, a professor in the department of English in the Faculty of Arts & Science, and Euan Roger of the British National Archives unearthed court documents that they say establish that Chaucer and Cecily Chaumpaigne – who was previously believed to have accused Chaucer of rape – were in fact co-defendants in a labour case. The documents, discussed in The Chaucer Review, show that the case was brought by a Thomas Staundon, who accused Chaumpaigne of leaving his employment without his authorization to go work in Chaucer’s home. Sobecki and Roger found the key writ in the case, from 1379, in the records of the King’s Bench – the top criminal court in England at the time – held in a deep storage facility in a former salt mine in Cheshire in northwest England.

In a blog post discussing the discovery, Sobecki and Roger note that while it is “impossible to rule out an act of physical or sexual violence” or coercion around Chaumpaigne’s move from Staundon’s employment to Chaucer’s, the new evidence shows that the accusations against Chaucer “were not charges of rape, and they probably did not refer to a physical abduction (or at least there is no evidence for this among the court’s records), but rather related to a labour dispute.”

However, Sobecki told the New York Times that the finding shouldn’t be used to discredit the feminist critiques of Chaucer, which is why he and the journal’s editors sought commentary from three eminent feminist scholars. In their article, Sobecki and Roger also emphasized that it remains vital to continue exploring how Chaucer “participated in hegemonic discourses that shaped the lives of all women.”

Read the scholarly article in The Chaucer Review