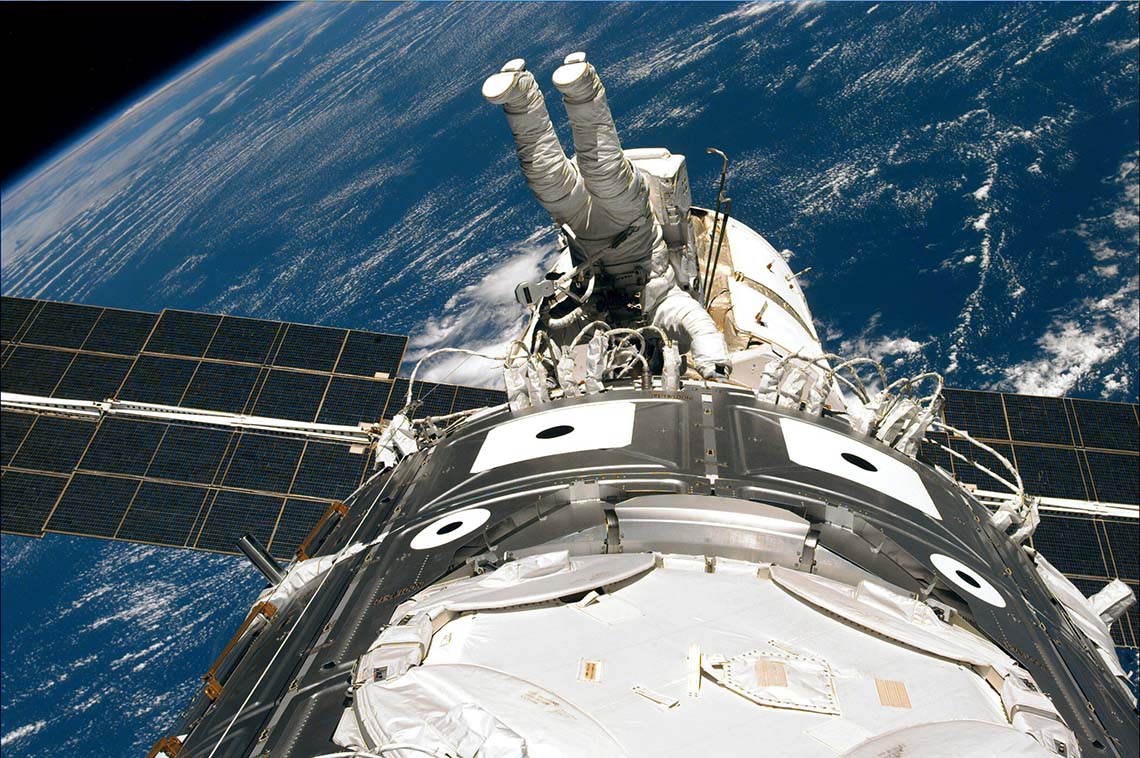 This image released by NASA in December, 2016 shows a space shuttle crew member wrapping up work on the outside of the Unity module of the International Space Station (photo by AFP/Getty Images)

A University of Toronto scientist will perform real-time blood cell analysis on astronauts to determine how time, space and speed affect the immune system – novel research he hopes will lead to new understanding of how stress and other environmental factors impact our ability to fight disease.

Dr. Chen Wang, a professor in the Faculty of Medicine’s department of laboratory medicine and pathobiology and a clinician-scientist at Mount Sinai Hospital, will lead the project, called Immuno Profile, to study the astronauts on the International Space Station over the next five years.  Canadian astronaut David Saint-Jacques, a physician, will be part of the next mission to the Space Station, and will participate in a number of Canadian-made health experiments announced by the Canadian Space Agency.

“It has been documented that spaceflight has significant impacts on the immune system, probably due to microgravity, high G force and stress,” says Wang. “So far, all the tests have been performed on ground with blood samples taken before and after spaceflight. This study will be the first time we’ll be able to see the immunity changes in real time on the International Space Station.” U of T's Dr. Chen Wang will lead the project, called Immuno Profile, to study the astronauts on the International Space Station over the next five years

Wang will use a novel device that astronauts can operate to take finger-prick blood samples themselves during their flight missions. They will then beam the results down to him for analysis.

“We expect to see immune cell and cytokine mediator changes,” says Wang. “We’ll develop a way to identify different types of immune cells and to see if the cells are functioning well or not.”

Immune dysfunction relates to many diseases, including cancers, viral infections, MS, type I diabetes, and even the aging process, he says. A space flight provides a unique environment in which to study immune system stressors: The weightlessness of space can also be used to learn more about the less-understood lymphatic system, which depends on pressure to flow properly.