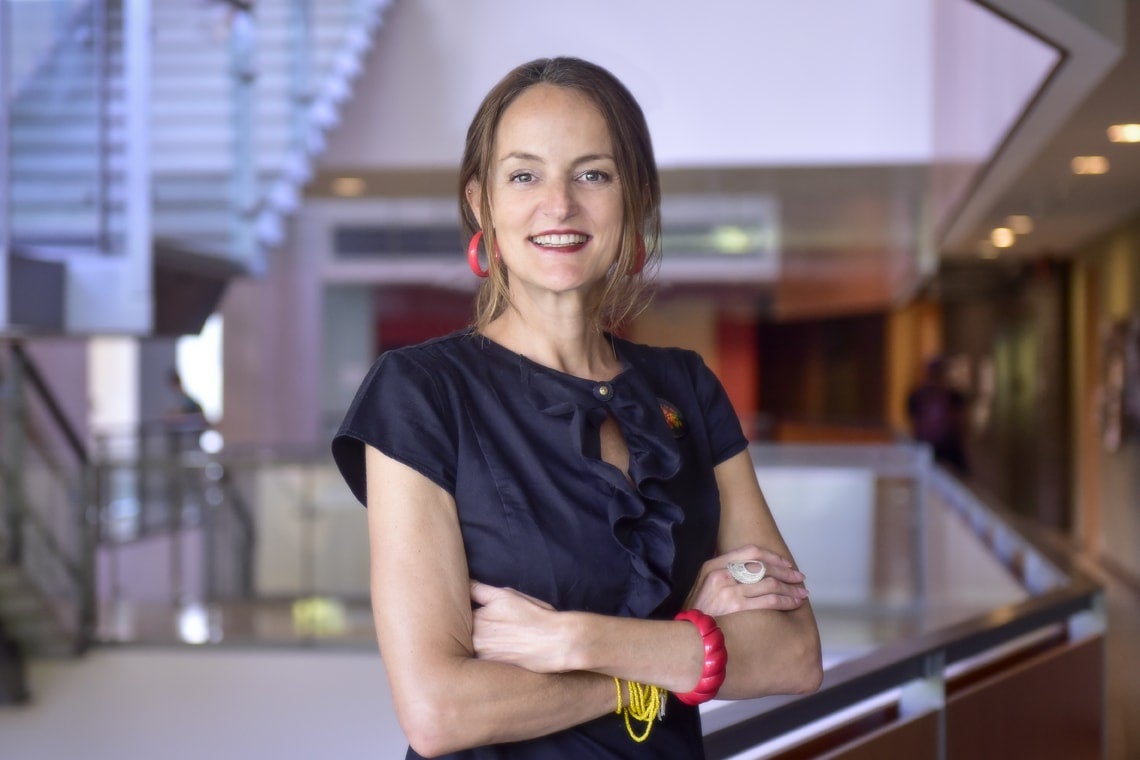 Laura Bisaillon: "This coverage has negative effects on public opinion because it not only stigmatizes people living with HIV, it stereotypes black immigrant men living with HIV in particular” (photo by Ken Jones)

While black immigrant men only accounted for 15 per cent of defendants in these cases, they were the focus of 61 per cent of newspaper coverage, researchers found.

“We were surprised by the massive imbalance in coverage that focused on black immigrant men,” says Laura Bisaillon, an assistant professor in U of T Scarborough’s health studies program and one of five authors of the report.

“This coverage has negative effects on public opinion because it not only stigmatizes people living with HIV, it stereotypes black immigrant men living with HIV in particular.”

The report, “Callous, Cold and Deliberately Duplicitous,” is the first of its kind. Researchers analyzed 1,680 articles published in Canadian newspapers from 1989 to 2015. The articles focused on cases involving defendants facing criminal charges for not disclosing their HIV status before having sex.

One of the key findings in the report is that 68 per cent of newspaper articles focused on racialized defendants – with African, Caribbean and black men disproportionately represented in coverage.

“Our evidence shows that most people who face criminal charges in these cases are actually white, yet newspaper coverage focused mainly on black male defendants,” says Bisaillon.

Read the Toronto Star story on the report

The authors also discovered a cluster of coverage by Canadian newspapers on four specific men who faced HIV non-disclosure cases. Nearly half of all coverage focused specifically on the cases of these men, all of whom are black immigrants.

The report’s authors were also critical of the language used in the newspaper coverage, which they believe contributes to inflaming stereotypical and xenophobic ideas, particularly relating to black immigrant men with HIV.

“It’s upsetting to read myths masquerading as news and repeating the theme of how black men living with HIV are hypersexual, dangerous ‘others,’” says Erik Mykhalovskiy, a professor of sociology at York University and the study’s lead author.

The authors call for reform in media coverage, including having cases of HIV criminalization covered by health rather than crime reporters. They also insist that coverage about HIV-transmission use current scientific research, specifically about the negligible risk of transmitting HIV where the person has an undetectable viral load.

The authors took aim at the use of mug shots in stories and called for removing story descriptions that are “inherently racist or demonize the defendant.” They also urge media to rely on AIDS service organizations for their knowledge and insight in stories about HIV criminalization.

“Misinformation about HIV transmission contributes to fear and hostility towards people living with HIV,” says Bisaillon, whose research looks at the organization and production of knowledge about the Canadian immigration system. “I hope that these results will be used for transformative purposes to spark open and honest discussion about how the Canadian public is learning about cases of HIV criminalization.”