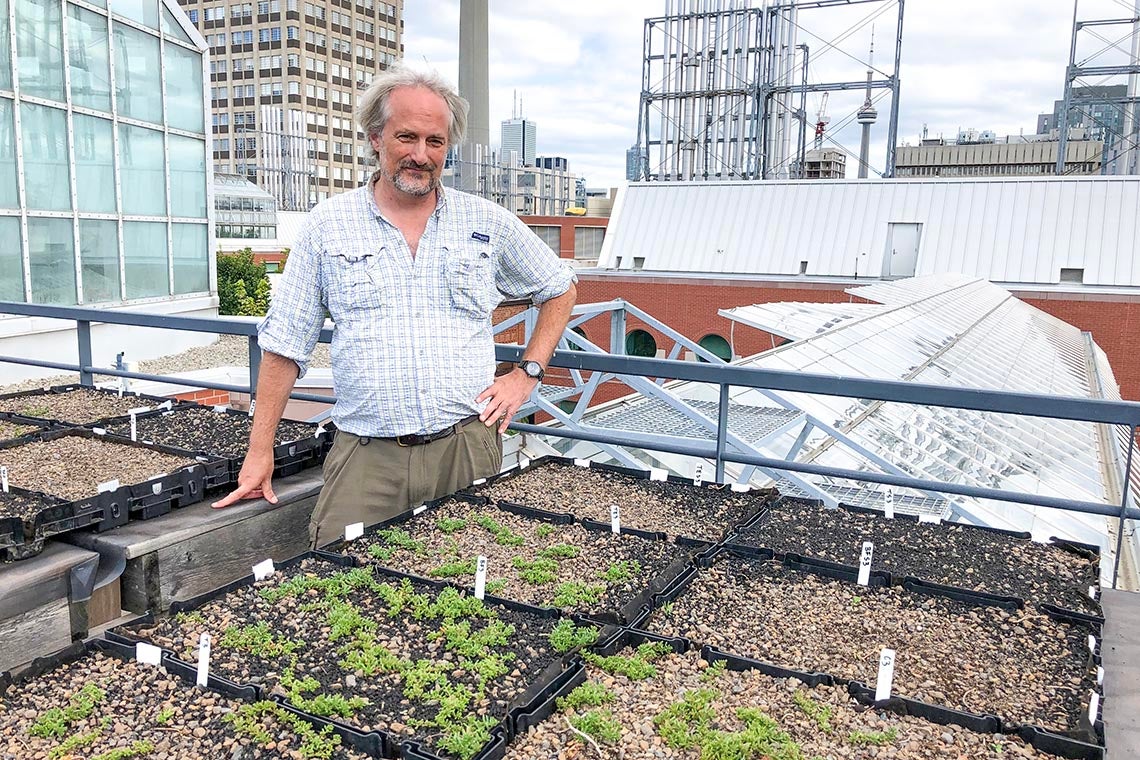 Sean Thomas was a co-author on an international study, involving more than 100 institutions, that found the world's tropical forests are losing their ability to absorb carbon from the atmosphere (photo by Sean Thomas)

The world’s tropical forests are losing their ability to remove carbon dioxide from the atmosphere – a development that could have serious implications on efforts to forestall climate change.

That is one of the findings of an international study by dozens of researchers – including the University of Toronto’s Sean Thomas, a professor of forestry at the John H. Daniels Faculty of Architecture, Landscape, and Design – that was featured on the cover of this week’s issue of Nature.

In the mid-1990s, Thomas helped establish four 10-hectare research plots in the Ituri Rainforest in what is now the Democratic Republic of the Congo. The densely treed areas, teeming with small forest antelope, monkeys, and the occasional zebra-striped okapi, were essentially living laboratories that, a quarter century later, yielded key data for the global study led by researchers at the University of Leeds. 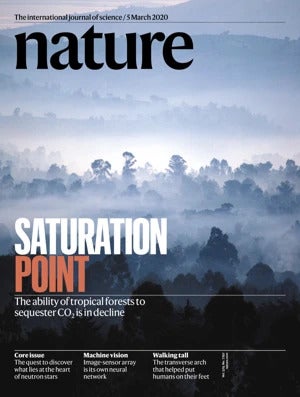 “Intact tropical forests have been offsetting global carbon dioxide emissions, [but] that's going to go away,” says Thomas of the study’s findings.

“That makes the problem of achieving the goals of the Paris Accord and stabilizing temperature increases much more difficult."

Using tree measurements from Thomas's research forests, along with similar measurements from hundreds of other tropical forests in Africa and South America, the study's researchers concluded that intact tropical forests – that is, those that haven't been logged or otherwise commercially exploited – absorbed only about six per cent of manmade carbon emissions by the 2010s. That’s compared to 17 per cent in the 1990s.

Furthermore, the study’s results suggest the forests’ ability to remove carbon will keep declining in the future.This means the ability of tropical forests to absorb and capture carbon has already passed its peak. In the parlance of environmental scientists, these forests are becoming "carbon saturated."

Trees capture carbon by absorbing carbon dioxide from the air and chemically transforming it, via photosynthesis, into the complex sugars that fuel tree growth. When a tree dies, the opposite happens: it releases carbon back into the environment as it decomposes.

Scientists have long understood that intact tropical forests are capturing more carbon than they're releasing, essentially scrubbing the atmosphere of manmade pollutants. 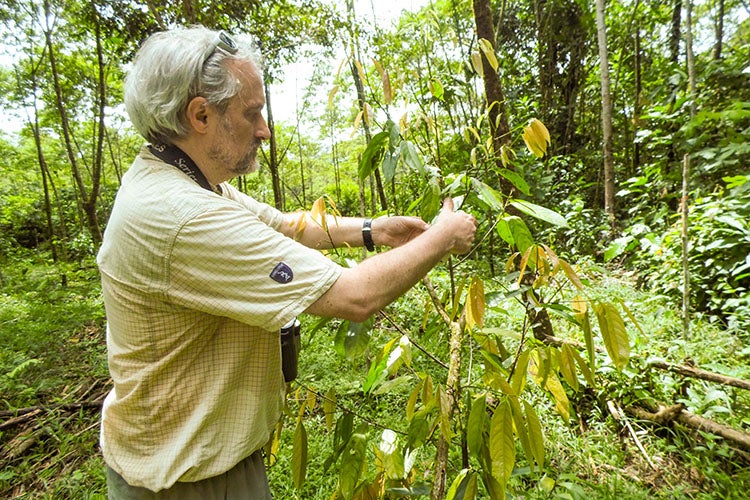 Until recently, the general scientific assumption was that the net amount of carbon being captured by each hectare-sized unit of these forests was mostly unchanging. That's partly because carbon dioxide is tree food. If humans add more of it to the atmosphere, as they have been doing since the industrial revolution, plants have more fuel available to them. Well-fed plants absorb more carbon dioxide. It's a feedback loop, and it means that forests can, to a certain extent, increase their carbon capture capacity in sync with increases in atmospheric carbon dioxide.

But, according to Thomas and his co-authors, that beneficial feedback process is not what's currently happening in Africa and South America because too many trees are dying. The scientists aren't sure why tree death is increasing, but climate change is considered a likely culprit.

As a result, these tropical forests are losing their ability to capture more carbon than they produce. If the trend continues, the forests may actually become a net source of carbon, rather than a carbon sink. In other words, the amount of carbon released into the environment from decaying plants will be greater than the amount of carbon absorbed by living plants.

"That point of diminishing returns has been thought to be not for a long while, maybe 100 years away," Thomas says. "Now we know that it's already here, or imminent.”

Thomas's role in the study, which involved participation from nearly 100 different institutions, was to help analyze three decades' worth of measurements of the heights and diameters of trees in the four Congolese research forests he played a part in establishing so many years ago. Using those numbers, he was able to extrapolate information about how the forests' ability to capture carbon has changed over time. He also participated in writing the final paper.

The details of the study's findings are sobering. The intact tropical forests of Amazonia – the rainforest region of South America – are rapidly losing their ability to capture carbon. The study predicts that, by 2030, those forests will have lost so much of their carbon capture ability that they will be a net source of carbon.

In African tropical forests, the subject of Thomas's analysis, the data points to a different conclusion.

Unlike South America's forests, Africa's intact forests haven't shown a significant decline, per hectare, in their carbon capture ability over the past three decades. But they aren't immune to the same sort of decline currently afflicting the Amazon. The latest data shows the beginnings of a slower downward trend that could dramatically reduce Africa's carbon capture in coming decades.

The divergence in the fates of the two forests is likely related to differences in geography. "The Amazon has much lower elevation, on average," Thomas says. "At the mouth of the Congo is a series of waterfalls, so it's completely above the elevation of the Amazon." The higher elevation makes African forests cooler and less prone to the adverse effects of global warming.

As dire as the study's findings may seem, Thomas cautions that the reality may actually be even worse, because researchers weren't able to take all possible measurements of carbon saturation into account.

"This study is all based on live tree measurements," Thomas says. "But a large part of the carbon in forests is in the soil. What you worry about, as temperatures increase, is that the decomposition processes in the soil will be accelerated, and there will be loss of soil carbon."