U of T research sheds new light on glaucoma, provides hope for patients 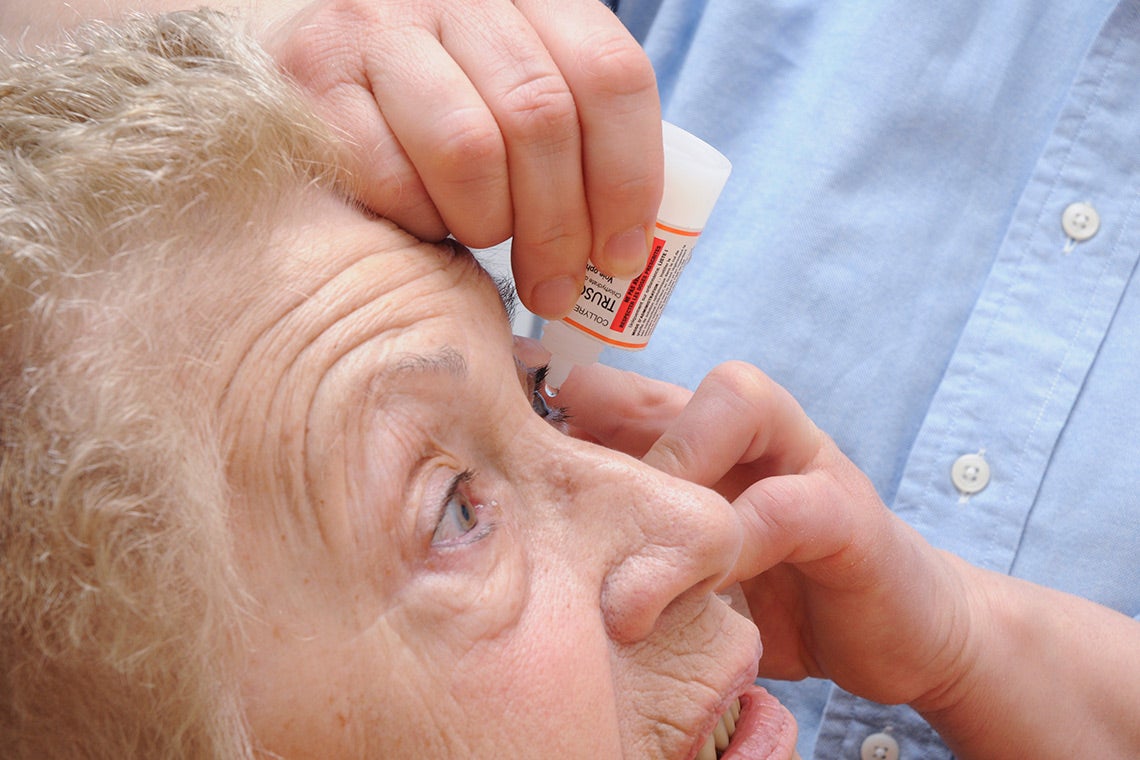 University of Toronto researchers have shown that fluid which flushes out the eye’s optic nerve doesn’t flow properly in mice with glaucoma – one of the world’s leading causes of permanent blindness. The researchers – Neeru Gupta (left) and Yeni Yucel, both professors in U of T's Faculty of Medicine, as well as student Emily Mathieu – were the first to find, recently, that cerebrospinal fluid from the brain penetrates the optic nerve, rather than simply surrounding it.

Now, the team has uncovered that in a glaucoma model, far less of this fluid enters the optic nerve than in mice without glaucoma. The findings were published in the December issue of the journal Investigative Ophthalmology & Visual Science.

“This casts an entirely new light on glaucoma,” said Gupta (left), who is also chief of glaucoma at U of T's Faculty of Medicine and a clinician-scientist at St. Michael’s Hospital.

Glaucoma is often undetected in its onset and once a patient receives the diagnosis, progressive vision loss is inevitable. The disease causes gradual degeneration of the optic nerve. While treatments help to protect vision, currently, there is no cure.

This is a puzzle the U of T team members have dedicated their research to solving. Gupta and Yucel – both professors cross-appointed to U of T's department of ophthalmology and vision sciences and the department laboratory medicine and pathobiology – discovered nearly a decade ago that the eye has a lymphatic system, which clears fluid and waste out of tissues. The inability to clear fluid from the eye causes a buildup of pressure, and pressure is a major risk factor for glaucoma.

“There's much more to this disease than we would like to think,” Gupta says. “Right now, we are able to tackle pressure in the eye that's measureable. If we can drop it, we slow progression. It's not a cure.”

The current finding is the first step to a new body of research, according to Yucel (below). “Now that we know there’s a problem, we need to drill down to understand the elements of it. It may even explain space flight-associated neuro-ocular syndrome,” he says, referring to optic nerve fluid shifts and vision impairment suffered by astronauts in space missions.

Next, the team will explore why the flow is disrupted and what impact this has on the optic nerve.

“I see many people who are slowly losing their sight from glaucoma,” says Gupta. “Despite many of our treatments, it’s sometimes not enough. This discovery potentially offers new hope. As long as we keep looking, there’s hope for a better future for our glaucoma patients.”

The team's research was supported by the Canada Foundation for Innovation, Canadian Institutes of Health Research, Glaucoma Research Society of Canada and the Natural Sciences and Engineering Research Council of Canada, among others.