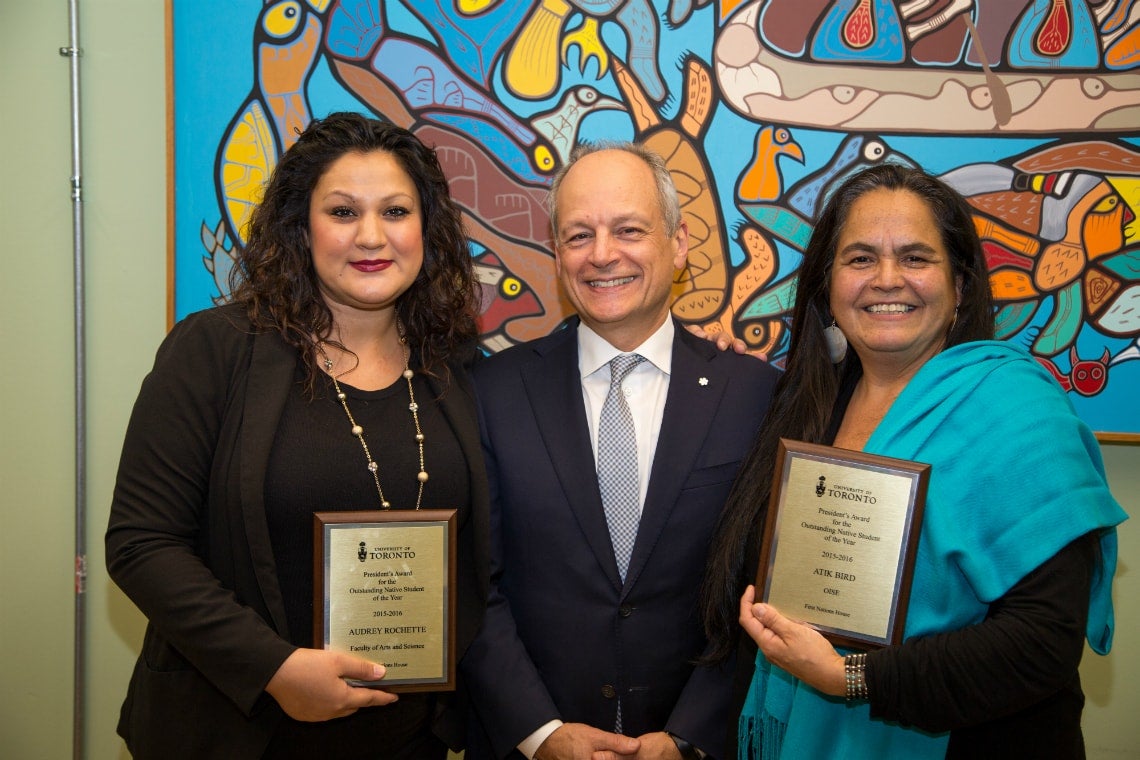 Audrey Rochette and Atik Bird worked hard in university to excel and give back to their Indigenous communities. Now they hope to inspire others by example.

Rochette, a leader in the Native Student Association, and Bird, who has worked with Indigenous victims of domestic abuse, were each awarded the Outstanding Native Student of the Year Award at the University of Toronto’s First Nations House on Thursday. Worth $4,000, the award recognizes Indigenous undergraduate and graduate students at the top of their class who contribute to their communities.

It’s important to celebrate excellent Indigenous students like Rochette and Bird because their examples encourage others to succeed, said Jonathan Hamilton-Diabo, director of Aboriginal student services at First Nations House and coordinator of U of T’s Council of Aboriginal Initiatives. “Many of our students struggle to get here,” he said. “To hear their stories, it shows other people that they’re not alone.” 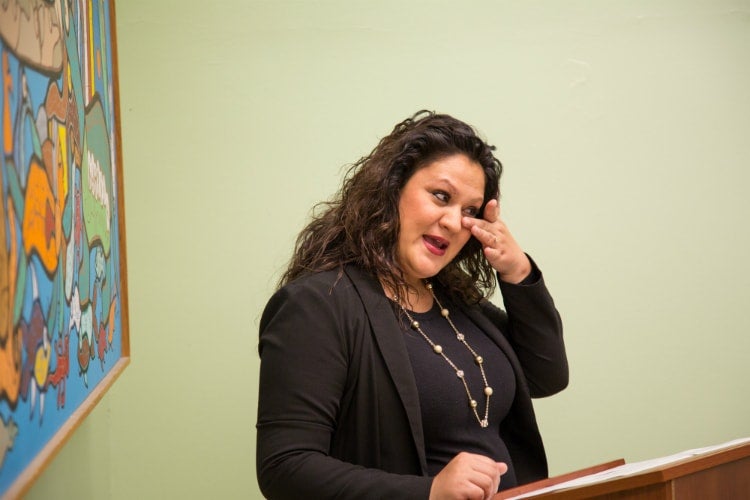 Audrey Rochette started at U of T in her 30s, has acquired a BA in political science and is now working towards a master's. She wiped away tears after accepting an award for the undergraduate Outstanding Native Student of the Year (photo by Johnny Guatto)

Rochette always wanted to attend university, but wasn’t sure she would after becoming pregnant before the end of high school. She worked in corporate sales to support her family until starting at U of T in 2012 and earning a BA in political science last June. The Woodsworth College alumna is a graduate of the Millie Rotman Shime Academic Bridging Program.

“You come from such a place that you think, am I going to make it to graduation? Do I belong here?” she told U of T News. “Once you start getting involved in the community, you end up going for a master’s, a PhD and the sky's the limit.”

She is now working toward a master’s in religious studies. If all goes to plan, she will have a new study buddy at U of T next year: her son Justin, who is applying for undergrad. They got a taste of what it’s like attending the same university last summer when Justin completed a mentorship program in medical sciences.

Rochette made an impression on campus as Crane Leader in the Native Students’ Association. She petitioned the university for more Indigenous content in U of T classes across all departments. And as a result, she was appointed co-chair of a university working group of faculty and students looking at Indigenous teaching and learning within the arts and sciences.

She has also spread awareness of Indigenous issues through film screenings organized with the imagineNATIVE film and media arts festival.

Rochette’s family cheered her on when she went to accept her award. 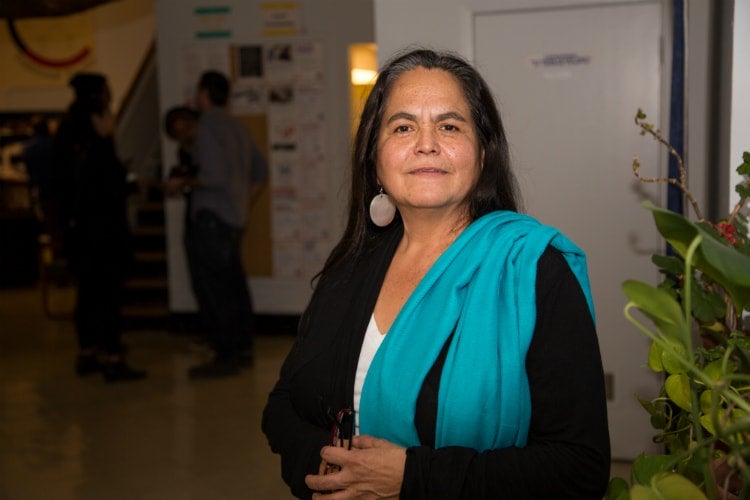 Atik Bird learned about the history of colonialism at U of T, then returned for a master's and is now applying for a PhD (photo by Johnny Guatto)

Bird's experience as a counselor at an Indigenous women’s shelter in Toronto inspired her to go to university.

“I met a lot of women who had no idea why there was a need for an Indigenous women’s shelter, why there was violence, why they couldn’t get out of that cycle,” said Bird, a member of the Montreal Lake First Nation.

She went to U of T hoping to answer these women's questions and to use that knowledge to then empower her community.

She majored in history, studying colonialism and English, taking courses that improved her writing and taught her to dissect poetry. She earned her BA in 2012 and later returned to the university to do a master's in education at the Ontario Institute for Studies in Education.

The next year, she took a class called Indigenous Worldviews with her younger sister, a second-year undergrad in Aboriginal studies. Cynthia would have graduated this year, but was diagnosed with cancer and died before finishing her studies.

When Atik earned her master's degree, she felt as though her sister was there with her, she said.

"Our parents were both in residential schools so the idea that both of us were here at this amazing university – it just blows all the stereotypes away."

The mother of four and grandmother of three is now considering applying to PhD programs, although she hasn't decided on a subject yet.

Her partner, children and grandkids were in audience at First Nations House to support her.

“It’s good to know all her efforts and all the sacrifices she made were worth it,” said her son Jon Bird.