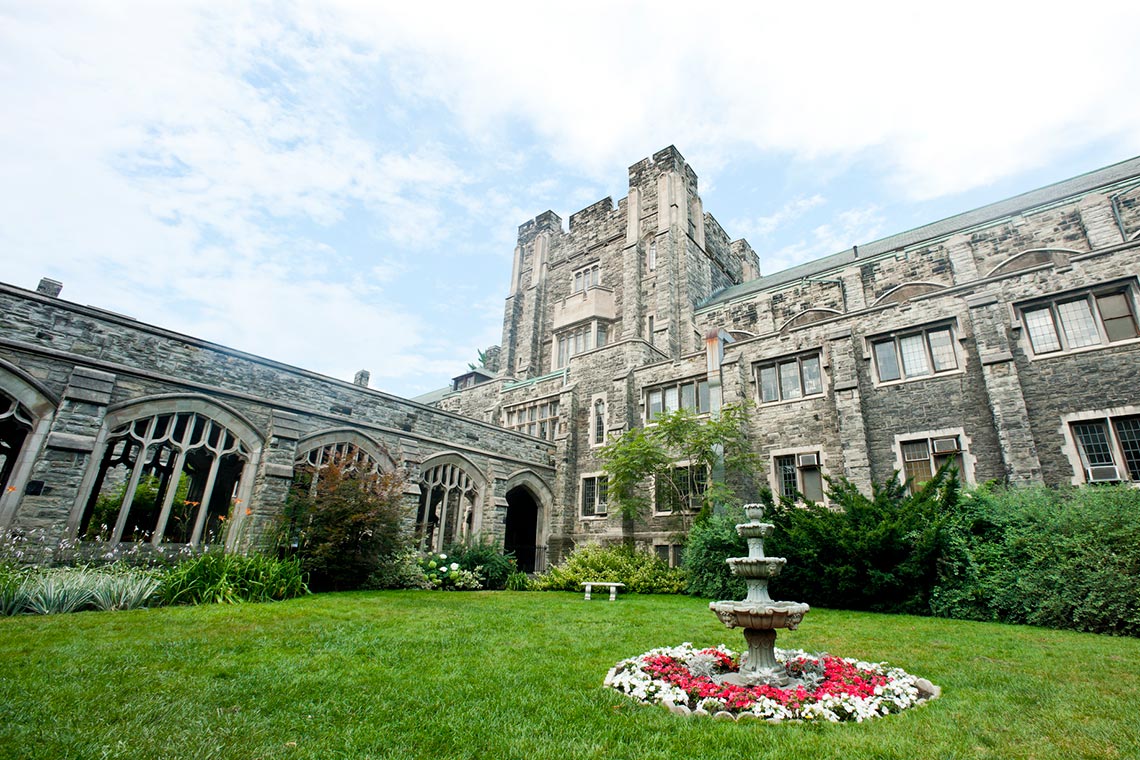 Knox College was founded in 1844 and became affiliated with U of T in 1890. The building itself was constructed between 1912 and 1915 (photo by Arthur Kwiatkowski)

The University of Toronto has reached an agreement to acquire the Knox College properties at 59 and 63 St. George Street in a deal that will bring the college’s neo-gothic building under the university’s ownership while freeing up Knox to focus on its mission of theological education and programming.

For U of T, Knox College is seen as one of the last missing pieces of the St. George campus and therefore a strategic acquisition for the university. It’s located at the campus’s historic core on King’s College Circle – a stone’s throw from Convocation Hall, Simcoe Hall and University College.

“The agreement to acquire the Knox College building is a truly momentous occasion for the University of Toronto,” said Scott Mabury, U of T’s vice-president, operations and real estate partnerships. “It has been a beloved part of the St. George campus for over a century – with the grandeur of Front Campus owing much to the property.

“The chance to acquire such a historic gem to help meet the future needs of students, faculty and staff – while also being able to continue U of T’s longstanding relationship with Knox College – makes this opportunity one the university simply couldn’t afford to pass up.”

The agreement will see U of T purchase Knox College, as well as the adjacent MacDonald-Mowat House (home of the School of Graduate Studies), for $45 million, once the transaction is complete. The east wing of Knox College (on King’s College Circle) will be leased back to Knox on a long-term basis, allowing the continued operation of a theological school for the Presbyterian Church in Canada. 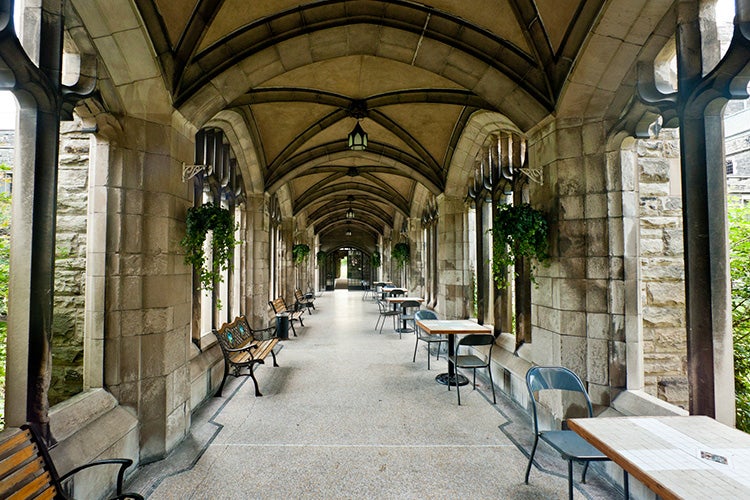 Rev. Dr. John A. Vissers, principal of Knox College, said the deal will enable the college, a Christian theological school and seminary of the Presbyterian Church in Canada, to ensure it has a robust and sustainable future.

“This is an important opportunity that unlocks the value of the Knox College properties,” said Vissers, a professor of historical theology. “It frees the college from the responsibility of owning and operating the whole building and will allow us to focus our efforts and resources on our programs and mission.

Vissers noted that Knox’s ability to continue using the classrooms, offices, chapel and library in the east wing for years to come means that the college will continue to operate in much the same way.

“The rich student experience will only be enhanced as we are able to focus our efforts and resources on our programs and mission,” he said.

The building itself was constructed between 1912 and 1915 after the college decided to move from its previous location at 1 Spadina Crescent – now home to the John H. Daniels Faculty of Architecture, Landscape, and Design.

The building’s edifice has a U-shaped configuration that’s divided in half by a covered gallery, creating two stunning courtyards. Wrapping around the cloisters are classrooms, office spaces, a library, chapel and roughly 100 student dormitory rooms that house U of T undergraduate and graduate students as well as Knox College theological students.

Operation of the residences will be turned over to U of T following the acquisition, which has been approved by the Business Board of U of T’s Governing Council.