U of T ranked number one in Canada for graduate employability, first among North American public universities 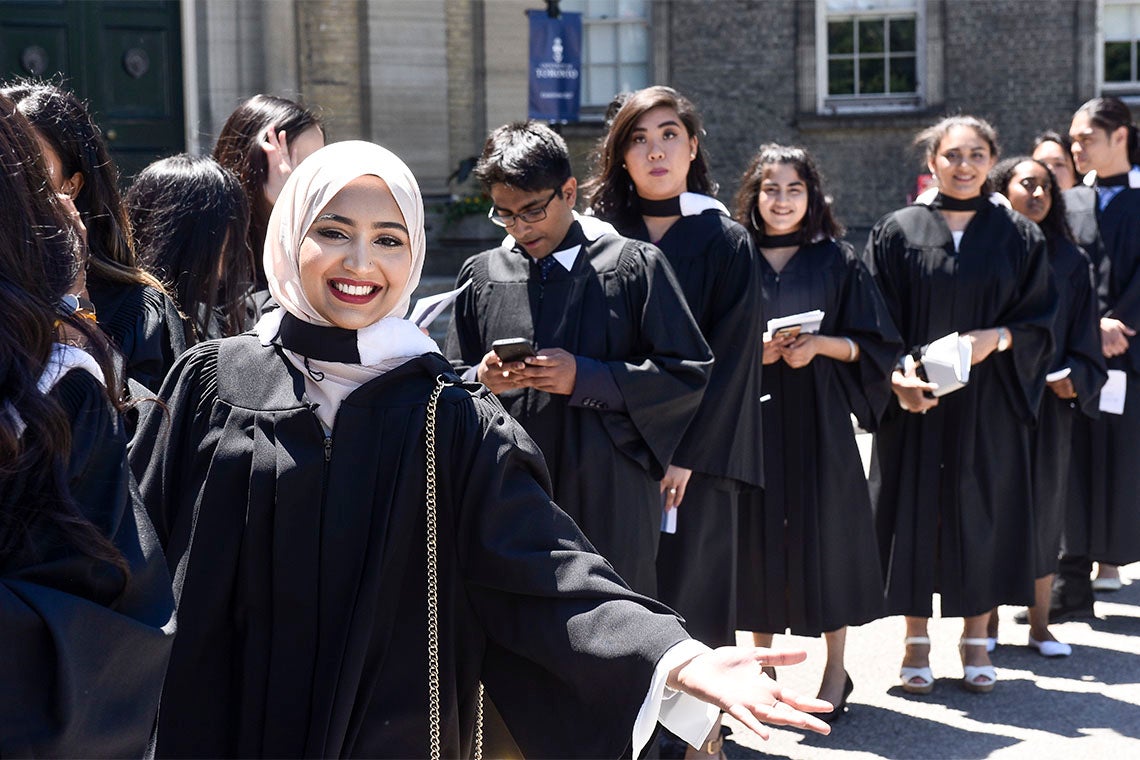 U of T ranked 15th globally when it comes to producing work-ready graduates, according to the latest employability rankings by Times Higher Education (photo by Ken Jones)

Recruiters at top companies surveyed by Times Higher Education say University of Toronto graduates are among the best equipped in the world to join the workforce.

U of T was ranked the number one university in Canada and the top public institution in North America for producing work-ready graduates, according to the recently released Global University Employability Ranking 2019.

The same ranking placed U of T 15th overall among 250 universities in 41 countries, and eighth among the world’s public universities.

“Employers in Canada and beyond recognize the value of a University of Toronto education,” said U of T President Meric Gertler.

“The university’s faculty and staff work tirelessly to equip students with the skills and experience they need to succeed in an ever-changing and competitive global job market.”

The Times Higher Education Global University Employability Ranking 2019 was based on the combined results of two surveys of thousands of recruiters and managing directors at large international companies. In total, 91,000 votes were cast for more than 5,000 institutions.

The surveys, designed by Paris-based human resources consultancy Emerging, were conducted between May and September of this year.

In its description of U of T, Times Higher Education wrote: “In disciplines from medicine to engineering, the university attracts world-leading scholars to undertake groundbreaking research and transfer that knowledge to students.”