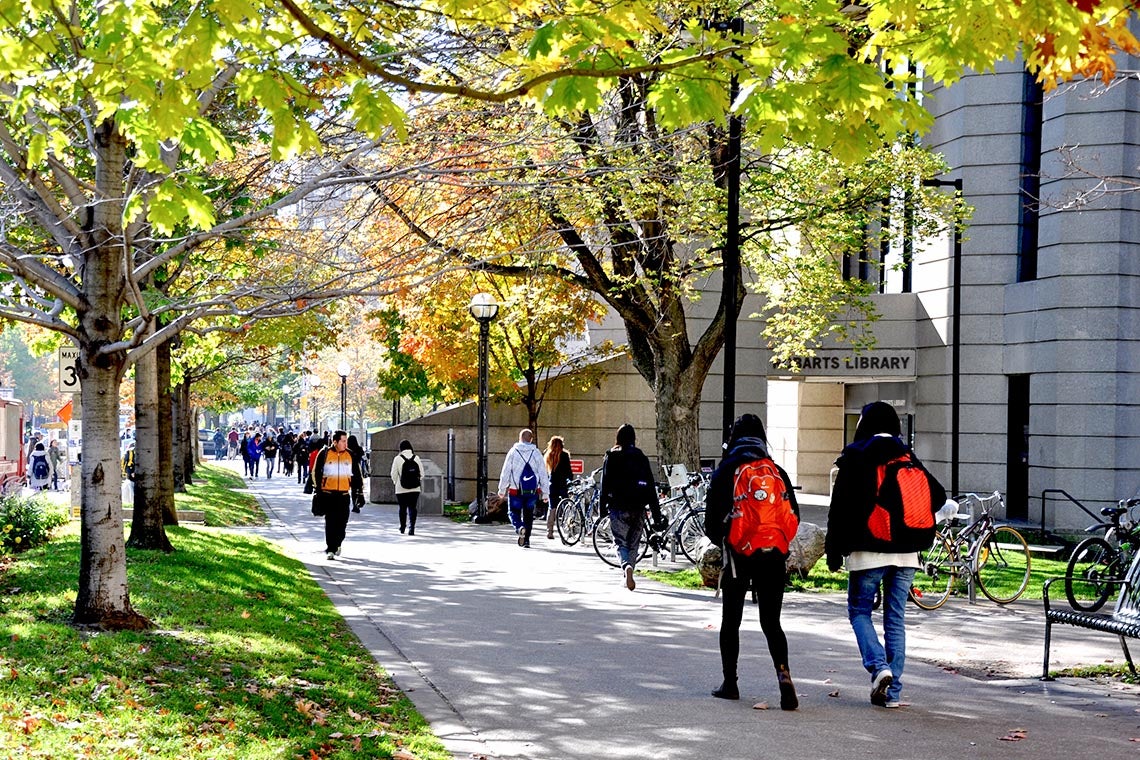 The University of Toronto has been ranked among the top 20 universities in the world – and among the top two public institutions in North America – in the prestigious Times Higher Education World University Rankings.

Buoyed by its strong research performance, U of T ranked first in Canada and 18th in the world in the closely watched international rankings, which measure the research output, teaching and the international outlook of some 1,800 research-intensive institutions globally (up from 1,600 last year). It’s the fourth year in a row that U of T has held the 18th spot.

U of T’s performance was even more impressive when compared to other public schools. It ranked eighth globally and second in North America – behind only the University of California, Berkeley.

“This latest ranking confirms again the University of Toronto’s world leadership across key aspects of our mission – from research impact and teaching excellence to fostering a global outlook,” said U of T President Meric Gertler. “Our consistent performance in these and other global rankings reflects the outstanding talent, creativity and drive of U of T scholars across a vast array of disciplines.

“Students, faculty, staff and librarians across our three campuses can be very proud of this performance, which places us among the top post-secondary institutions in the world.”

The Times Higher Education World University Rankings 2023 measure universities’ performance based on 13 indicators, grouped into five pillars. Research, citations and teaching are each weighted at 30 per cent. The remaining 10 per cent measures a university’s international outlook, using metrics such as the ratio of international to domestic students, and research income from industry.

U of T’s highest ranking came in the research category, where it placed 12th in the world.

The rankings were released during the Times Higher Education World Academic Summit, which is being held in New York this week. The summit brings together higher education leaders, researchers and prominent political and business figures from around the world. They include President Gertler, who is scheduled to participate in a panel Wednesday on addressing inequities in post-secondary education, and Cheryl Regehr, U of T’s vice-president and provost, who took part in a panel discussion on personal development a day earlier. Wisdom Tettey, U of T vice-president and principal of U of T Scarborough, took part in a discussion focused on education technology at a related event.

In addition to holding its top position among Canadian universities, U of T consolidated its overall 18th spot globally in this year’s ranking after sharing it with University College London in the 2022 edition of the rankings.

Other Canadian universities in the top 100 included: the University of British Columbia (40th), McGill University (46th) and McMaster University (85th).