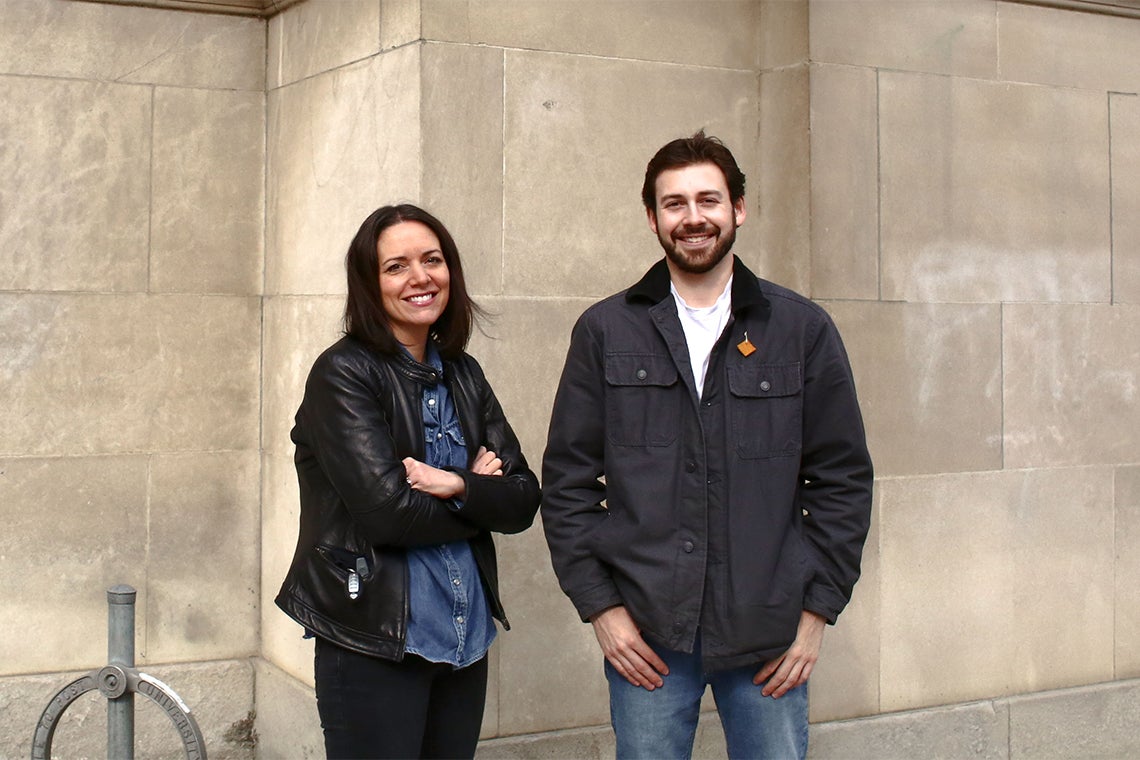 As part of a University of Toronto enrichment program geared toward Indigenous youth, 18-year-old Mya Simpson was invited to design a STEM activity for youth that could be used at future camps or outreach events.

She and her partner designed an exercise that teaches individuals to loom bead keychains, using different colours to represent the different layers of the Earth. “I loved the experience because of how relevant it was to me as an Ojibwe youth,” Simpson says.

“We had the opportunity to hear from so many Knowledge Keepers and STEM professionals, and we talked a lot about how we, as Indigenous people, are scientists – and have been scientists for long before colonization tried to tell us otherwise.”

The Indigenous Design & Engineering Academy – IDEA, for short – is hosted by the Engineering Outreach Office in U of T’s Faculty of Applied Science & Engineering. It offers land-based learning to inspire Indigenous secondary students to pursue an engineering education and career. Returning for its second year, the program reinforces the ways scientific knowledge is ingrained in Indigenous cultures and traditions.

“The motivation behind the creation of IDEA was similar to many of our other Engineering Outreach programs,” says Darlee Gerrard, who co-leads IDEA with Ethan Boyer, a master's student at Trent University. “We want to engage audiences that find themselves underrepresented and underserved in STEM fields, especially engineering.”

“We are aware of and recognize that Indigenous knowledge and perspectives – as well as the people and communities – are often left out of these conversations and left out of this content,” says Boyer. “We want to engage youth participants in a way that prioritizes their knowledge, traditions and experiences.”

IDEA provides a suite of programming for Indigenous students of all ages. Its first offering is Leader-in-Training (LIT), a program for secondary school students, which will be held in two sessions this summer, one earlier this July and another the first week of August. This year, IDEA is introducing a new program called Horizons for students in Grades 3 to 6. Registration opens this month. 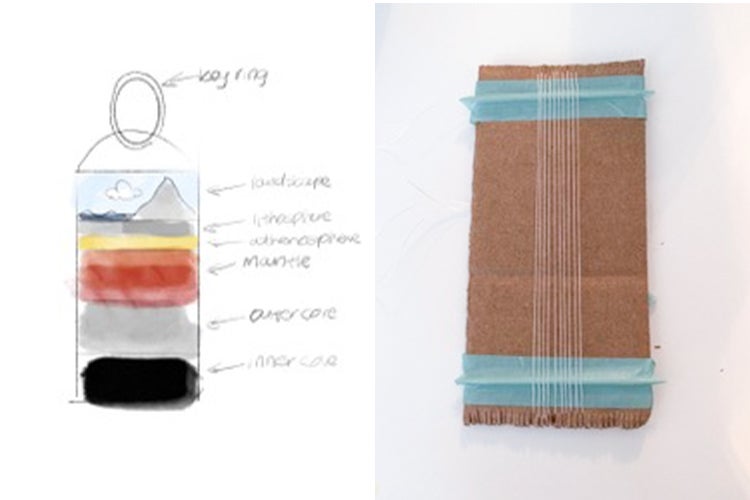 Mya Simpson’s sketch of the Earth’s layers, left, is seen next to the cardboard loom she and her partner created for the beading project (photo by Mya Simpson)

LIT is an Indigenous-led experience for Indigenous students that focuses on the connection between traditional Land-based knowledge systems and STEM through workshops, presentations and hands-on activities that prepare participants for future leadership opportunities working with children and youth.

“I am a citizen of the Métis Nation of Ontario, and for a long time, I’ve wanted my identity to be part of the programs that I have been coordinating,” says Gerrard, who received her PhD in the spring in Engineering Education, a collaborative specialization offered jointly by the Ontario Institute for Studies in Education (OISE) and U of T Engineering.

“I have a very deep personal connection to the content and our participants.”

More than 20 students participated in the first iteration of LIT, which was held virtually as result of pandemic restrictions in the summer of 2021.

The lessons the students learned through conversations with traditional knowledge keepers were especially impactful, says Nodin Outten-Joseph, 16, who is of L’nu and Mohawk ancestry.

“I’ve always strongly identified with my Indigenous roots and the LIT program very much delivered on the integration of diverse Indigenous ideologies – including my people’s – into various aspects of the program,” he says.

“The teaching of STEM and leadership resonated with me, but most importantly they brought incredibly wise Indigenous mentors to expand our understanding of the world through Indigenous mindsets.”

Outten-Joseph says one teaching that has stuck with him is that “there is no difference between ecology and economy.”

“We can find critical traditional knowledge everywhere, but society is keeping us fixated on empty successes,” he says. “Success is just being able to take care of yourself and you need to keep in mind, less is more.”

Students who complete the LIT program will be prepared to take on instructional roles at camps and workshops, and they will also have opportunities to take part in additional Indigenous leadership and training opportunities through the U of T Engineering Outreach Office and Actua, Canada’s largest STEM organization, which includes the Engineering Outreach Office as one of its network members.

“With IDEA, our goal has always been to create something that not only has representation, but also creates a sense of strength, identity and community,” says Boyer, who is a member of the Métis Nation of Ontario.

“Doug Dokis, the director of Actua’s National Indigenous Youth in STEM program, would often say to us that ‘You may not know what impact you’re having on a person, just know that you’re having one and understand that you won’t even see most of the impact of the work you’re doing.’”