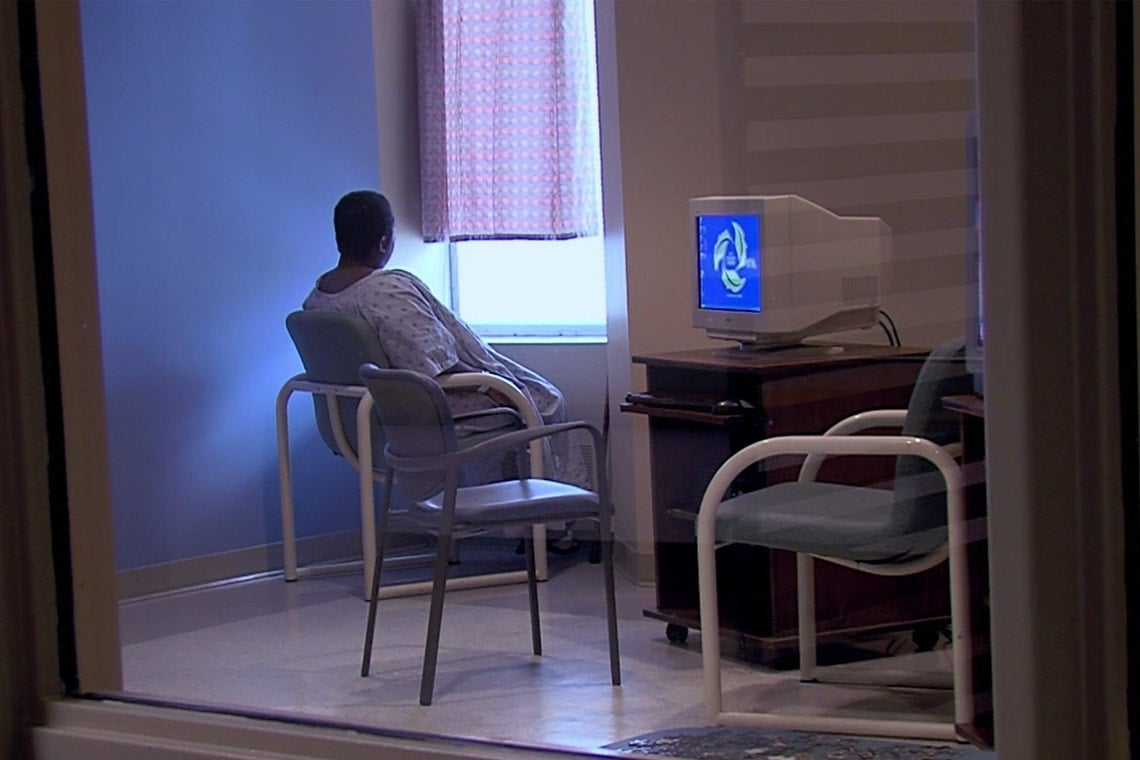 “The arts, humanities and social sciences have a significant contribution to make”

Directed by Jason Lapeyre, Faceless is an intimate portrait of an inpatient unit in the cinema verite style. It was an official selection of the Big Sky Film Documentary Film Festival.

Skorzewska, an assistant professor in the department of psychiatry and director of the PICU, spoke with the Faculty of Medicine’s Liam Mitchell about the documentary.

Faceless from Jason Lapeyre on Vimeo.

What motivated you to produce this documentary?

I had already started a film program in collaboration with the Toronto International Film Festival for psychiatric inpatients which consisted of showing films to patients, inviting people involved in film to present and discuss films and provide filmcraft workshops. We thought it would be important to document the program and applied for a grant to make a film about it. When we got the grant and started working on it, it evolved into a film about the inpatient ward.

Documentaries allow people to tell their stories, but they can also expose their vulnerabilities. How did you work with patients to ensure they felt secure in telling their stories?

We went through a lengthy and arduous process with the hospital to ensure that patients' confidentiality and rights were respected. The patients had complete control over their involvement. They could pull out at any time. Also, the patients were the only ones who vetted the final edit of the film. We were prepared to take out anything they didn't like. Fortunately, they all loved it.

It is interesting, though, that for a film that was in part made to fight stigma and as an advocacy tool, most of the patients did not want their faces to be seen. They were worried that they would be recognized in the community and that it would affect their ability to get a job. So we couldn't put many faces in the film. As a result, we called the film Faceless.

How did the documentary help you reflect, as a psychiatrist, on the care patients received and the environment in which it was delivered?

We tried to portray the ward in as honest a way as possible. That's partly why we did it in a cinema verite style. It was difficult at times because the portrayal of the unit was sometimes unflattering and some of the information conveyed was false. This was both because patients don't always know what is happening behind the scenes or why things happen the way they do, and because the descriptions represented perceptions which are sometimes distorted. I had to stop myself from correcting or explaining some of the information in the film.

On the whole, it was a wonderful experience for the whole unit. The director was gentle and non-judgmental. (In fact, he told me that within a week on the ward all of his preconceptions about inpatient psychiatry were completely eliminated.) He spent time with all the staff and patients. I believe the nurses learnt something about the patients and patients learned things about the nurses. There was a dialogue happening.

You previously partnered with the Toronto International Film Festival to establish Reel Comfort. How do films advance understanding and teaching about mental illness?

Reel Comfort was the result of a chance meeting with Jane Schoettle, a long-time TIFF programmer and founder of the TIFF kids film festival, a remarkable woman with enormous vision and creativity. From that meeting, however, a conversation began. The result was Reel Comfort, for which we got a Johnson & Johnson funded grant from the Society of the Arts in Healthcare – one of only six given and the only one in Canada.

The point was to provide a hospital activity that would be stimulating and entertaining in a universal medium that appeals to everyone. I also wanted our patients to feel that they were important enough that an international and prestigious arts festival would take an interest in them and that famous directors, editors, actors and others would be interested in talking to them.

Our program has now expanded to most of the teaching hospitals and some others. TIFF has a wonderful full-time coordinator for the program, Elysse Leonard, who has grown the program and added elements.

Do you see other opportunities for the medical profession to use documentaries or movies to advance public perceptions or support teaching?

I believe that all the arts, humanities and social sciences have a significant contribution to make to public perceptions of medicine in general. I also believe it can help teach things that are difficult to teach – collaboration, communication, empathy, professionalism, and critical thinking.

I have developed a seminar for psychiatric residents on the arts in psychiatry in which I use literature, film, theatre, visual art and philosophy/sociology/anthropology/history to teach various aspects of psychiatry. This includes placing some of our practices into historical perspective – humbling – to a critical examination of psychiatric nosology – also humbling – to helping residents make the imaginative leap into other people’s lives.

I’ve also just co-edited a book, with Allan Peterkin, on the use of arts and humanities in postgraduate medical education that will be published by Oxford University Press in the spring – so stay tuned.

Faceless is available to rent or buy on Vimeo. Twenty per cent of the profits from the documentary will be donated to the inpatient psychiatry unit at Toronto General Hospital.