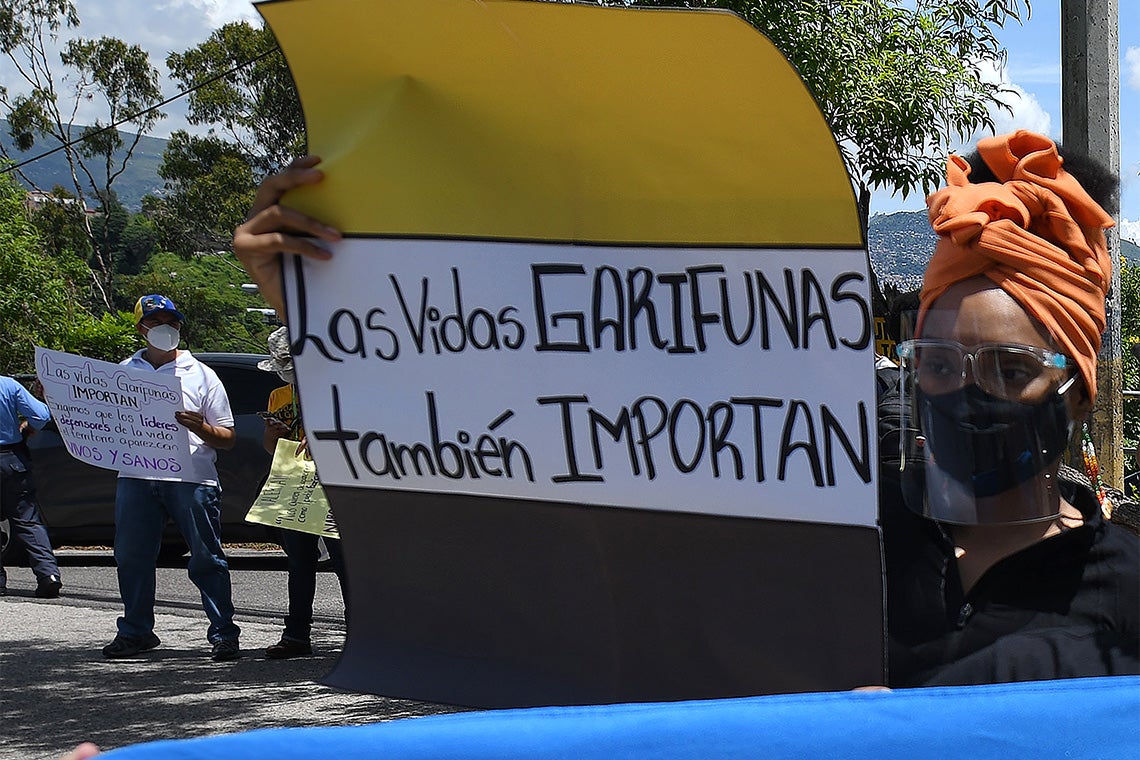 A member of the Garifuna ethnic group holds a sign reading "Garifuna Lives Also Matter" during a protest in front of the Supreme Court of Justice in Tegucigalpa in July, 2020 (photo by Orlando Sierra/AFP via Getty Images)

Sharlene Mollett studies the relationship between land and culture, as well as how gender and race shape access to natural resources. A feminist political ecologist and cultural geographer at the University of Toronto Scarborough, she largely focuses on communities displaced by land grabbing in Central America – and the policies that fail to protect them.

Land grabbing refers to the legal or sometimes illegal process of appropriating property – often by fraud or force – by individuals or groups ranging from agricultural companies to tourism operators. 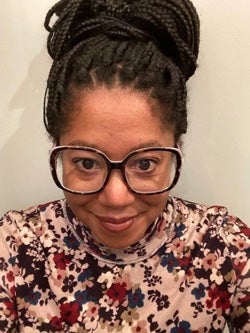 In some cases, corporations and elites – enabled through state corruption – buy contested lands. But often, powerful elites grab land through loopholes or they take advantage of vague language in the law. Almost always, economically poor small landholders and the landless are dispossessed.

“When we think about land grabbing, we often think of the land itself,” says Mollett, an associate professor in the department of human geography at U of T Scarborough.

“I wanted to think about the relationship between land and [human] bodies, and not only when there is land dispossession. There's an embodied process that is happening to the people who exist on the land.”

Published in The Routledge Handbook of Critical Resource Geography, Mollett’s latest chapter, “Resistance against the land grab,” traces the lives of Garifuna Defensoras, women who serve as land and community defenders on the north coast of Honduras. The chapter focuses on the tourism industry and criminalization of Garifuna women.

Communities in coastal regions, often prime real estate for tourism corporations, have a constitutional right to communal lands. And yet, Garifuna people – particularly women – are often and mistakenly seen as trespassers while they travel along coastal beaches that have been appropriated by hotels. Often, Garifuna women and girls are harassed by hotel staff and security, and experience sexual harassment by tourists.

In the chapter, Mollett sketches how Garifuna women have long been land defenders in Honduras. “Defenders are not just defending their lands,” Mollett says. “They're also defending their communities from different kinds of embodied violence by those who get to usurp their land.”

Mollett’s work also follows the Miskito peoples, an Indigenous community in the Honduran Mosquitia region, located in the easternmost part of the country.

“These two fields [feminist political ecology and cultural geography] help me tell the story of people in Central America who are struggling to make claims to lands and territories against the Honduran state and elites who seek their dispossession,” Mollett says. 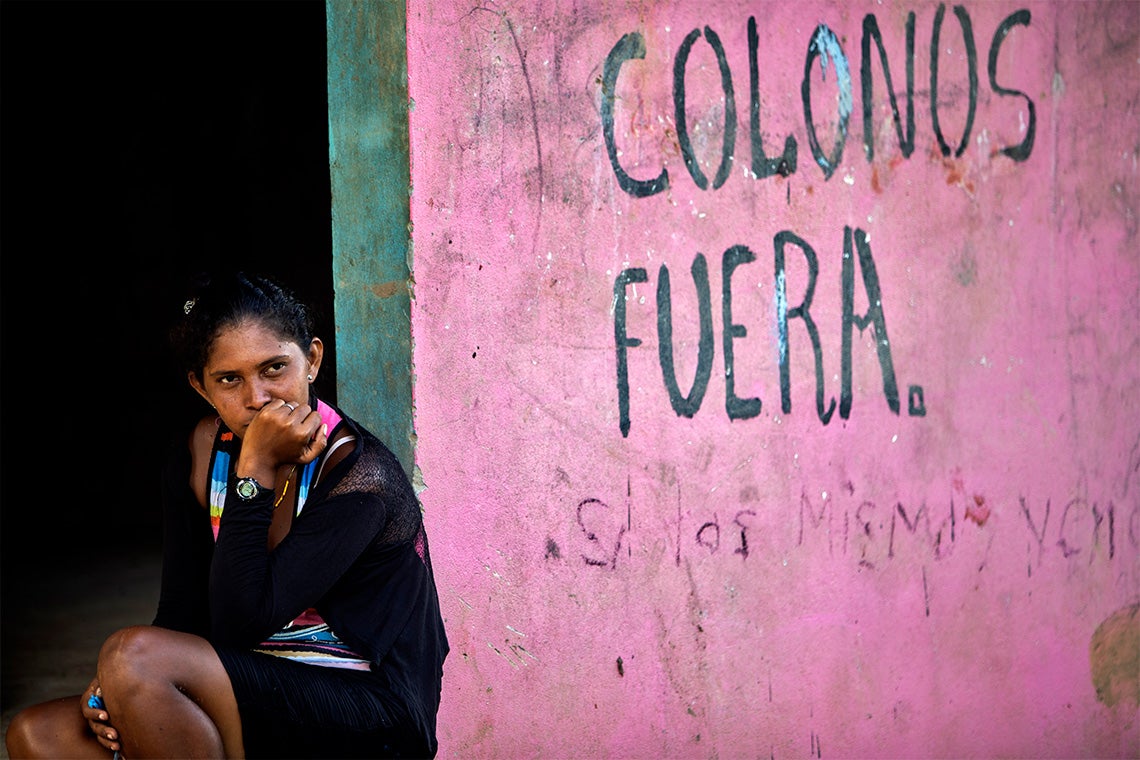 A Miskito woman sits next to a wall with graffiti saying "Settlers Out" in the community of Sangnilaya, Puerto Cabezas, North Caribbean Coast Autonomous Region of Nicaragua (photo by Inti Ocon/AFP via Getty Images)

She explains that, although Miskito and Garifuna lands and territories are organized along matriarchal forms of inheritance, the state uses a patrilineal framework for land registration. In discussing land struggles in the Rio Platano Biosphere Reserve, Mollett notes:

“The state is not only appropriating land in the name of biodiversity conservation but using patriarchal and racial ideologies to justify the disruption of matriarchal landforms in the Mosquitia.”

Along with other scholars who focus on Honduras, Mollett serves as an expert witness for North American asylum cases involving Hondurans seeking to flee the country.

“Many of us have contributed our time to writing detailed reports about the situation in Honduras in hopes that it will help asylum claims for Miskito and Garifuna peoples trying to enter North America,” Mollett says.

Back home, the on-the-ground change to which Mollett hopes to contribute comes down to inspiring her students to think critically about the world and systems around them – no matter the field or career they decide to pursue.

“I think teaching is one of the ways that we can really change minds towards more equitable policies shaping development intervention and inspire future generations to take human rights seriously,” she says.