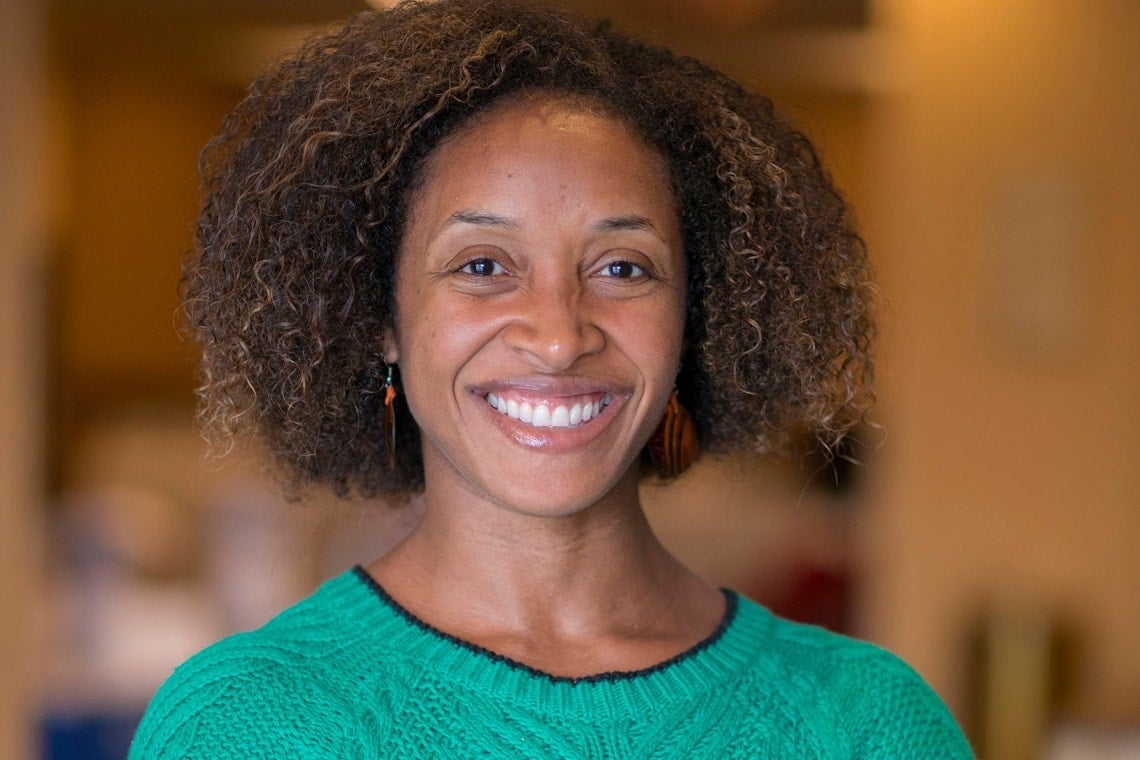 Dr. Aisha Lofters: “Rates of this disease are much lower in Canada than the rest of the world, but there are still big disparities here especially among people who are foreign-born” (photo courtesy of Institute for Clinical Evaluative Sciences)

Cervical cancer is highly curable if it’s caught early. But across Canada, screening rates for the disease vary wildly. Recent immigrants and women who live in low-income neighbourhoods are much less likely to get screened than other Canadians. Why?

That’s one question that drives Dr. Aisha Lofters, an assistant professor at U of T's Faculty of Medicine and Dalla Lana School of Public Health and a scientist at the Li Ka Shing Knowledge Institute at St. Michael’s Hospital.

Lofters has studied immigrant health and health equity for 10 years. She spoke with U of T's Jim Oldfield about her interest in health disparities, why demographic data on patients is critical, and what can be done to improve cervical cancer screening in women most at risk.

What inspired you to study cervical cancer screening?

As a practising family physician, a core part of my discipline is preventing illness before it happens. Some cancers you can’t predict, but some would be drastically reduced with ideal screening levels. Cervical cancer is a strong case in point – the literature says that with full screening we could virtually eliminate it. Rates of this disease are much lower in Canada than the rest of the world, but there are still big disparities here especially among people who are foreign-born. And, it doesn’t have to be that way.

Which groups aren't getting screened regularly in Canada?

We’ve known for some time that recent immigrants are less likely to be screened, but that's a pretty broad group. So a few years ago, my colleagues at St. Michael's and I began looking at this issue more closely. We found that screening rates vary by race/ethnicity, age and where a person lives. Whether a woman has a family doctor is also a factor. So for example, a woman living in a high-income neighbourhood in Toronto is about four times more likely to have up-to-date screening than a recent immigrant of South Asian descent who is over 50 and doesn't have a general practitioner. That's a pretty striking disparity.

What are the reasons for that disparity?

Well, many women in lower income countries have never been screened due to limited budgets for public health and prevention. Our data suggest that patterns of low screening persist for many of these women after they arrive here, for several reasons.

Sometimes, they aren’t aware that screening is an option. Competing priorities can be a factor especially among low-income women. They may have chronic mental or other types of illness to deal with for example so screening for cervical cancer is not a priority for them.

Cost can come into play as well – some women face transportation and child care expenses when seeking care so they will avoid those costs unless they have acute illness. There can also be issues with doctor-patient communication and whether a doctor is male or female, which can affect a women’s comfort level with testing.

How do you address those issues to improve screening?

It's important to know which groups of women are facing these barriers, and that's what my research has been trying to determine. We now have data in Ontario that gives us a good picture of the problem, and we're starting to test interventions.

Education for health care providers, women and family members can all make a difference. I'm working on a study in Peel region with family physicians who have many patients of South Asian descent. Volunteers, also of South Asian descent, work with these doctors and patients to talk about cancer screening in the office or call patients at home who are overdue for screening. The volunteers can often speak to patients in their own languages. In one doctor’s office, 30 to 40 per cent of patients contacted came in within six months for screening, which is encouraging.

You've done volunteer work in Jamaica on screening for cervical cancer. Can you talk about that?

Cervical cancer is the second-leading cause of cancer-related death for women in Jamaica. Screening rates are a big problem, but several efforts are underway to change that.

I've been there twice, most recently this past November with Medicine in Action. I travelled with a team that provided primary care to women, men and children in remote areas. Most rural Jamaicans have limited access to health care. Many women have never had a Pap test or other cancer screening. But a lot of the women we met were quite open to testing, so the issue was less about privacy and modesty, and more about education, cost and access. Hopefully these and other efforts such as HPV vaccination are having an impact.