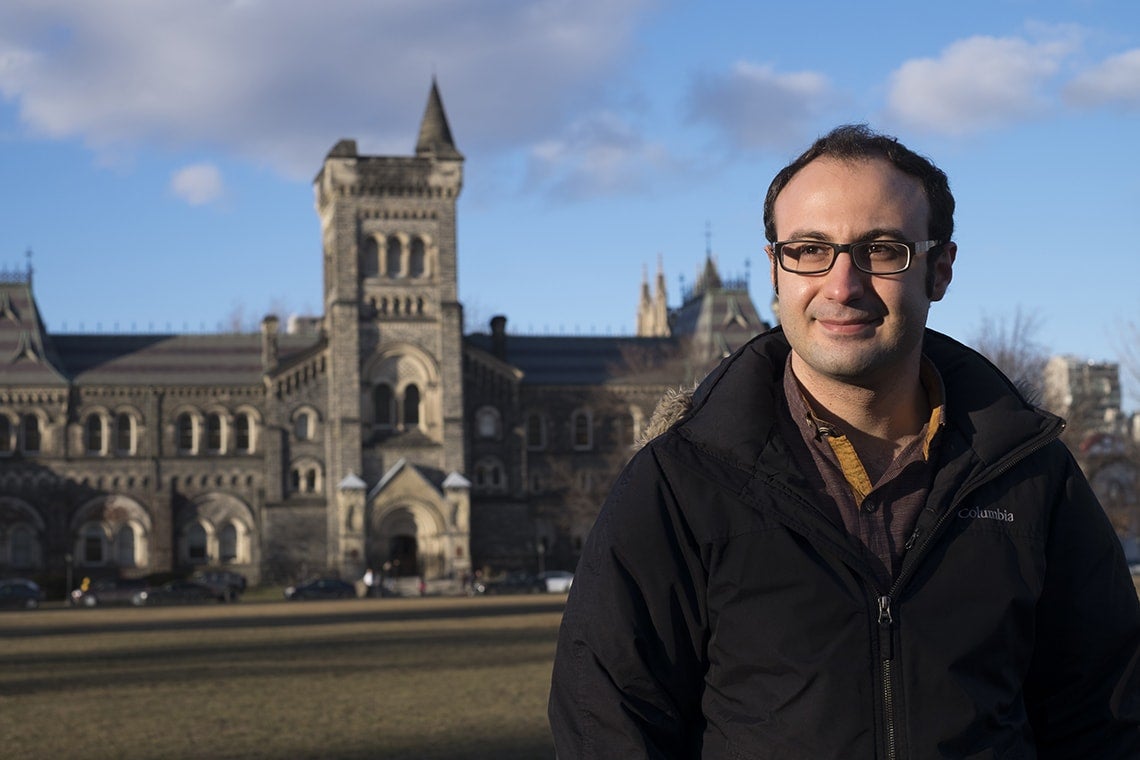 University of Toronto PhD student Ehsan Alimohammadian was among those detained at an American airport this weekend, in his case for 14 hours Friday night before being flown back to Toronto.

The Iranian native who has been at U of T for the last 2 ½ years was headed to a conference in San Francisco to present research findings to a group of his peers on making photonic devices, using light for biological applications.

Instead, he was questioned for hours at San Francisco International Airport before being asked to sign a form “voluntarily” withdrawing from the U.S.

Today, his supervisor, Professor Peter Robert Herman of the Faculty of Applied Science & Engineering, presented that research on his behalf.

Herman, who spoke to U of T News from the conference, said the United States is caught in “an Orwellian world of ‘alternative truths.’”

“My opening slides this afternoon will point this out and call on American scientists and conference organizers to think hard about how to save their country from the present dangerous path.  I am appalled that Ehsan had to suffer this poor welcome and want to remind him that America is great…at least many parts are.

Back in September, Alimohammadian heard that his research paper was chosen to be presented at a conference for SPIE, the international society for optics and photonics. His research looks at manipulating light to make photonic devices that have applications in DNA and sub-cellular studies.

He applied for a business visa and was approved back in November.

“It was while I was in the air, I guess, that this became effective so when I reached California, my visa was revoked. I was escorted by two Homeland Security officers and they started to ask questions and search all of my bags.”

Alimohammadian says the officers were “nice” and fed him dinner and breakfast and allowed him to call his dad in Iran and email his professor at U of T. But they began questioning him again at about 2 a.m. Saturday for another 2 hours and searched his bags – even after he agreed to sign a waiver to return to Canada.

“I couldn’t understand why they were searching through my stuff. The bags had already gone through security, and I already accepted that I will go back where I came from.”

After the questioning, he says, he signed the waiver. He flew out at 11 am Saturday. Two Homeland Security officers escorted him back to his flight to Toronto. U.S. officials took his passport, and he didn't get it back until he arrived in Canada.