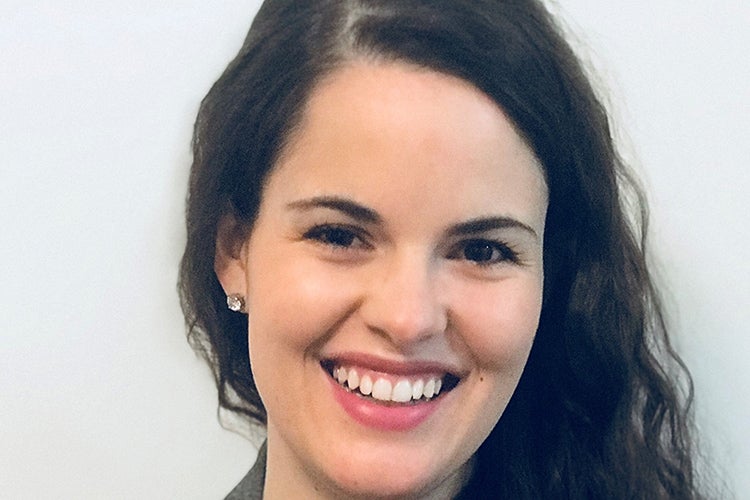 “I was very inspired by the resilience of the patients in the burn unit,” says Stephanie Mason, who graduated this week with a PhD in clinical epidemiology

As a general surgery resident at the University of Toronto, Stephanie Mason did not have much experience as a researcher before she decided to complete a PhD in clinical epidemiology.

“I wasn’t sure if I would be good at it, or whether I wanted this to be a part of my career, but I was really encouraged and supported to pursue some research training,” says Mason, who graduated this week with a PhD from the Institute of Health Policy, Management and Evaluation in the Dalla Lana School of Public Health.

As a little girl, Mason's favourite game was Operation, and she had little doubt growing up that she would end up in the medical field. But once in medical school, she worried about how she would be able to maintain a work-life balance, knowing the gruelling schedule most surgeons keep.

“Surgeons wake up earlier than most people, and I am a person who highly values sleep,” she jokes. “In spite of that, I found I not only enjoyed getting up for rounds, I also enjoyed participating in the care of critically ill patients.”

It wasn’t long before Mason’s dissertation came into focus. She began taking calls in the burn unit at Sunnybrook Hospital, and soon her research interests turned to burn patients and their long-term outcomes.

“I was very inspired by the resilience of the patients in the burn unit,” says Mason. “Although we never set out to examine mental illness in these patients at the start of our study, it kept reappearing in our data, and we knew we needed to tackle this head on.”

“It was really interesting to see that in the three months before a patient suffered a burn injury, there was a spike in mental illness, suggesting that mental health crises might increase the chance of suffering a burn injury,” says Mason.

Mason also came to realize that many of the burn patients had very different experiences with the health system after they were discharged from hospital. Some went through a period of post-traumatic growth, in which they saw the burn as a positive turn in their life. Yet others could only see the burn as the worst thing that had happened to them.

“Through my research, I hope to find a way to close that gap between these patients,” she says.

Given that Canada has a universal health-care system and all patients should be able to access the same services upon discharge, Mason wanted to find out why there were burn patients falling through the cracks.

After conducting a series of focus groups with burn survivors after discharge, a distinct difference emerged.

“What we thought patients needed as health-care providers was not always what the patients felt they needed,” says Mason.

She is hoping her research and the study she and her team conducted will inform the design of new ways to deliver mental health care to burn patients, particularly following their injury, in order to mitigate the impact of mental illness on their lives.

“Burn survivors are a relatively small group, but I hope our findings are also of interest to other surgeons, as they might be applicable to other groups of injured patients,” says Mason. That is why her recent award from the American College of Surgeons, committee on trauma, resident paper competition has been a real marker of success.

“This is the first time burn research has won that award, and overall as surgeons, I’ve found that we’re becoming more and more interested in the impact of mental illness on patient outcomes,” she says.