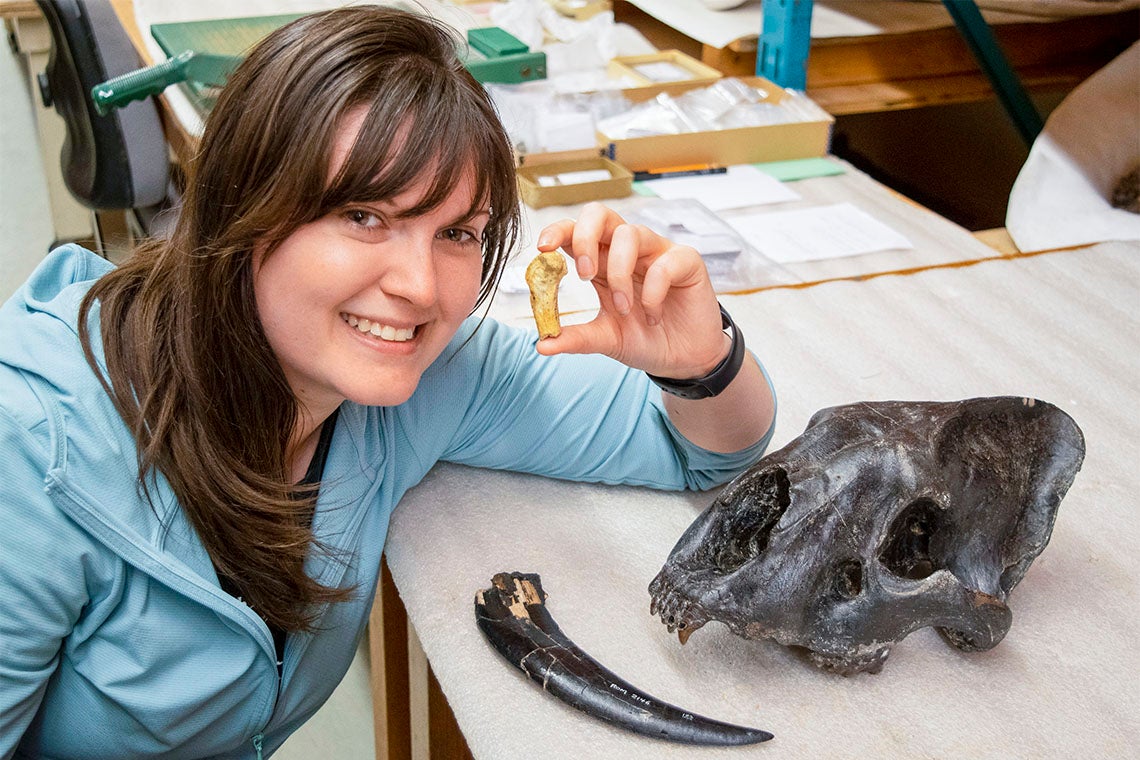 U of T PhD student Ashley Reynolds, lead author of the study, holds the Smilodon fatalis metacarpal from Medicine Hat. On the table are a S. fatalis skull and canine tooth from Peru (photo by Danielle Dufault/ROM)

New research shows that the fearsome sabre-toothed predator Smilodon fatalis lived in Alberta during the Ice Age, according to scientists at the University of Toronto and the Royal Ontario Museum (ROM).

This identification marks the northern-most record of the sabre-toothed cat by about 1,000 kilometres.

A study published Friday in the Canadian Journal of Earth Sciences documents the first known occurrence of a Smilodon fossil in Canada, based on a stout partial hand bone of one of the cat’s large forepaws. The fossil was identified during a review of collections at the ROM.

The study also documents bone specimens from three other types of cat from Medicine Hat, Alta., including the American lion (Panthera atrox), a lynx or bobcat (Lynx sp.), and what may be the most southerly record of the cave lion (Panthera cf. Panthera spelaea), which was previously only known in North America from fossils found in Alaska and the Yukon.

“Knowing now that Smilodon’s range extended this far north in Canada tells us a lot more about Pleistocene ecosystems and how they changed over time,” said Ashley Reynolds, a PhD student in the department of ecology and evolutionary biology in the Faculty of Arts & Science at U of T, who is based at the ROM. 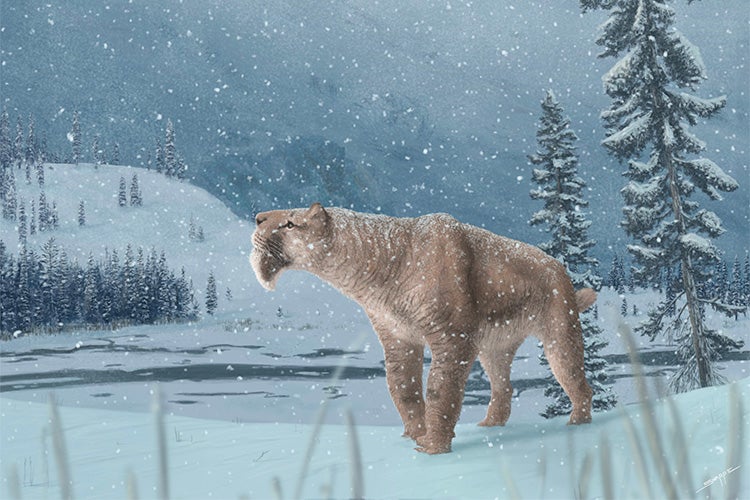 “This allows us to learn how plant and animal communities responded to changes in the past, and even how they may respond to human-related changes today and in the future,” Reynolds said.

Supersized cats like Smilodon and the American lion went extinct the same time their prey did, at the end of the Pleistocene epoch, around 11,000 years ago.

“This sharply contrasts with today when we have only one large cat in Canada, the mountain lion or cougar, which is smaller than the other big cats that roamed Canada during the Pleistocene.”

The mountain lion’s larger Ice Age cousins, including Smilodon, would have hunted large herbivores that were also present at the time, including camels, horses, giant ground sloths and young mammoths and mastodons, whereas the mountain lion today hunts mainly deer.

“Smilodon is best known from tar pit deposits in California and South America, so it’s both exciting and surprising to find evidence of this iconic sabre-toothed predator in Canada,” says co-author David Evans, an associate professor in the department of ecology and evolutionary biology and Reynolds's PhD supervisor. Evans is also the James and Louise Temerty Endowed Chair of Vertebrate Paleontology at the ROM.

Reynolds’s interest in the comparative anatomy of big cats has led her to specialize in the study of pre-historic cats for her PhD. “I was looking through the ROM’s collections one day to see what we had and was very surprised to find fossils from Alberta labelled as Smilodon,” she says. “I knew then that we had something really cool.” 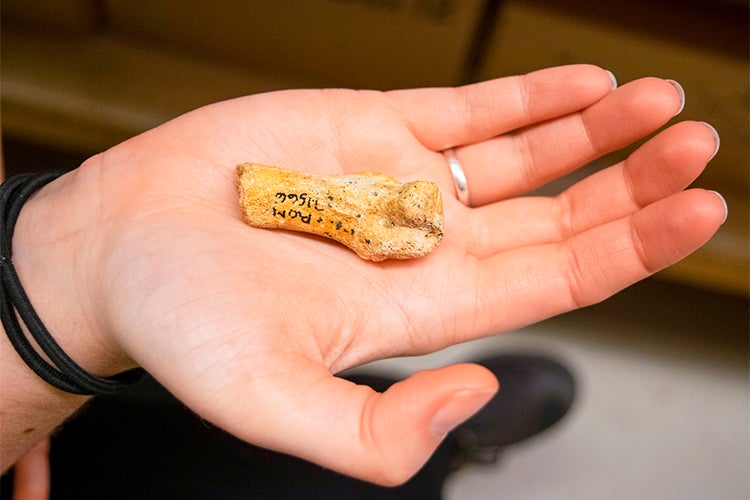 The fossils held at the ROM were collected in the late 1960s by U of T paleontologist C.S. Churcher and colleagues in the area around Medicine Hat. This latest research confirms the species to which the bones belonged to.

This past summer, Evans and Reynolds followed up by leading a team of graduate students to explore the Ice Age deposits and revisit the fossil sites in Medicine Hat.

The iconic Smilodon has captured the public’s imagination in pop culture. Fans of the big cat may know the animal as Diego from the 2002 movie Ice Age, or from the end credits of The Flintstones cartoon that shows Fred unceremoniously putting their sabre-toothed cat, Baby Puss, out of the house every night.