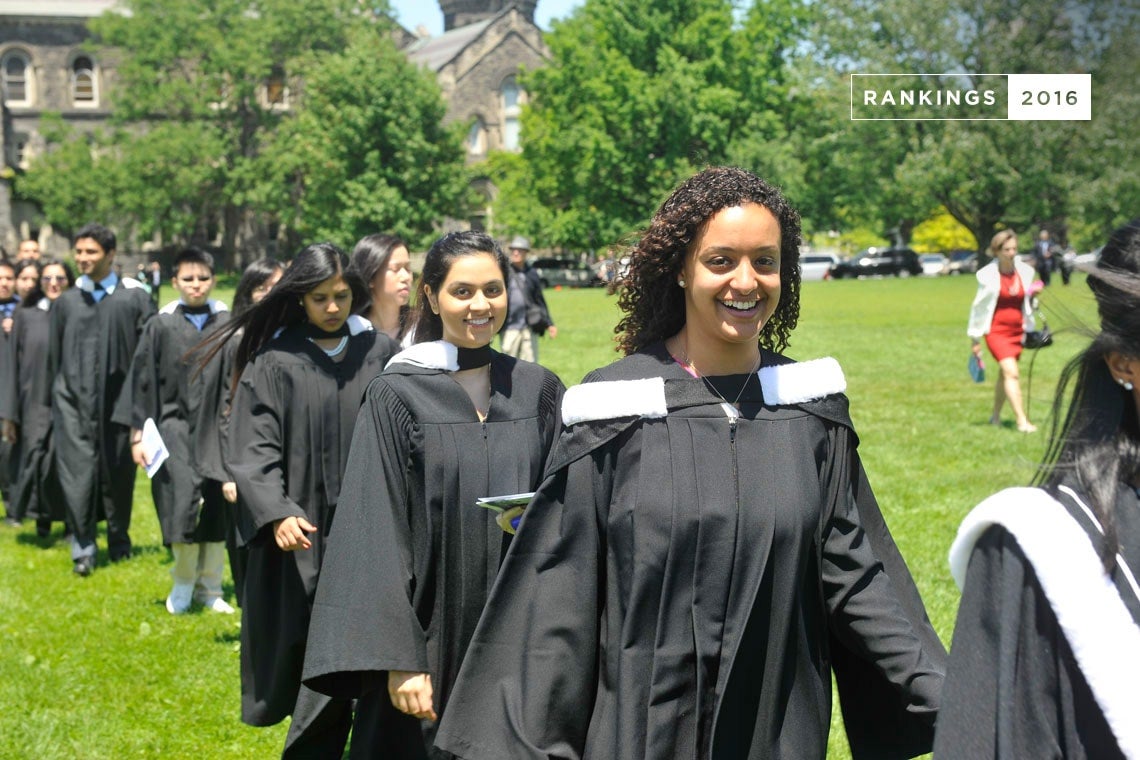 Students at convocation: Once again, U of T has been ranked as the top university in Canada (Ken Jones photo)

The students aren’t yet back but that doesn’t mean things are quiet on campus!

Today, Shanghai Jiao Tong University released its latest Academic Ranking of World Universities (ARWU) report, with the University of Toronto once again placing in the upper echelon of top-ranked global universities and retaining its spot as the leading institution of higher learning in Canada.

“Achieving excellence is something our faculty, staff and students at the University of Toronto strive for every day. The international rankings, despite differences in methodologies and data sources, consistently continue to place us among the leading institutions globally,” said Vivek Goel, U of T’s vice-president of research and innovation.

“We’re proud the ARWU has once again recognized the research excellence we foster and produce to help solve some of the world’s most pressing challenges.”

This is the first of several high-profile higher education rankings coming out over the 2016-2017 academic year, including:

The various independent ranking systems use different criteria and weigh them according to their own rules and standards.

For each indicator, the highest scoring institution is assigned a score of 100, and other institutions are calculated as a percentage of the top score.