U of T multi-sport summer program brings joy to children, relief for parents 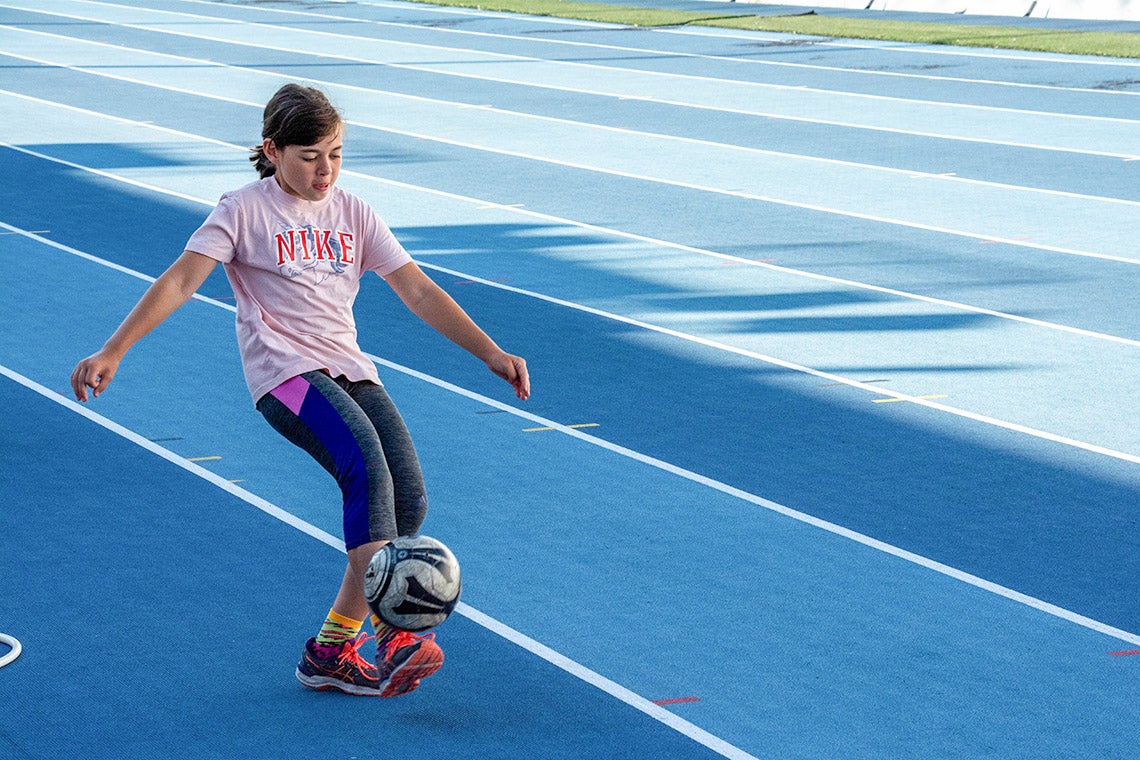 Vera Brudno practises with a soccer ball. She is one of 88 children who participated in Sport & Recreation's summer multi-sport program, which was open to children of U of T students, staff, faculty and librarians (photo by Paul Morrison)

You’ve seen it happen to others. Maybe it’s even happened to you. In the middle of an online meeting with your work colleagues, a child interrupts or the dog starts to bark. Working from home during the pandemic comes with its share of distractions – and that’s especially the case for parents of young children.

So, when the University of Toronto's Sport & Recreation division decided to offer a summer multi-sport program for children of the university’s staff, faculty, librarians and students, many parents rushed to sign up their children for a week of physical activity and some peace and quiet for themselves.

“We wanted to be able to offer an opportunity for kids to be active that had the added bonus of providing a childcare service for our university community,” says Will Kopplin, manager of children and youth programming at Sport & Rec. “The kids could be physically active in a safe, supervised environment, while their parents get some work done. As a parent myself, I know that can be difficult when you’re working from home.”

Based on the Canadian Sport for Life model, the program ran over four weeks in July and August and introduced children to the fundamentals of soccer, baseball, basketball, football, track, volleyball and tennis in a fun and non-competitive environment. A total of 88 children, aged eight to 12, went through the program. They were separated in pods of eight to minimize the risk of infection while instructors, U of T students and recent graduates, took numerous steps to maintain physical distancing. 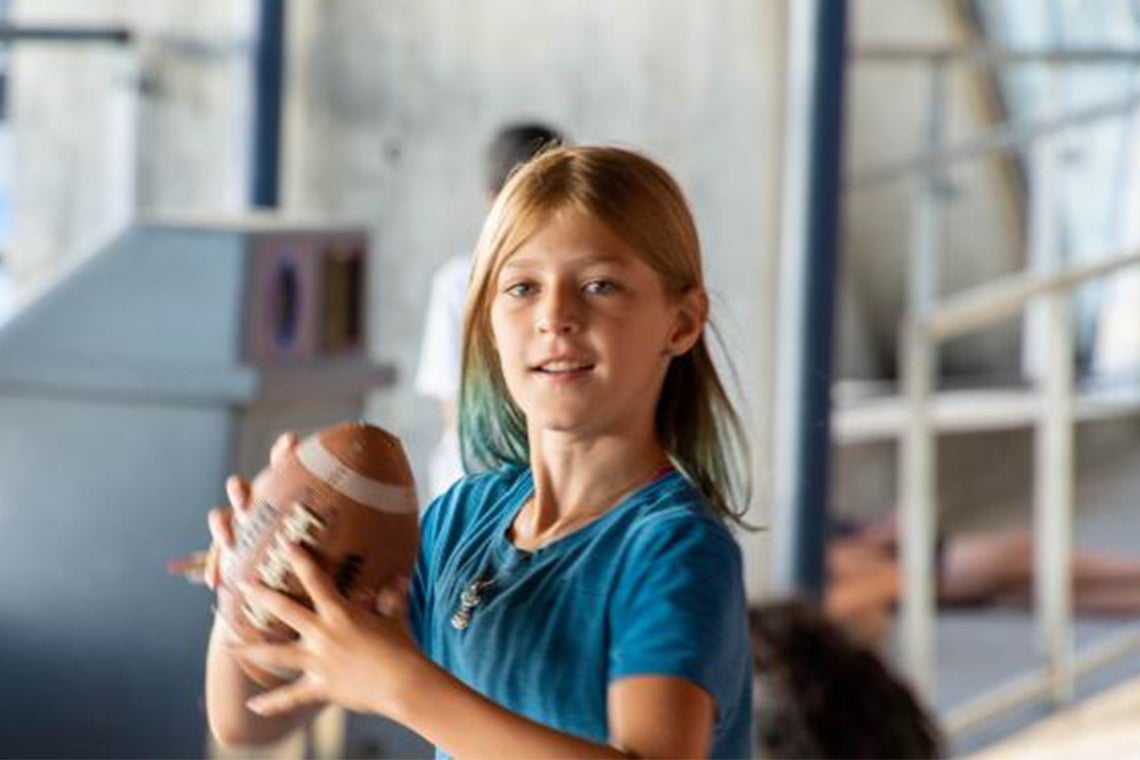 “I really enjoyed it and used my personal experiences of being on the varsity track and field team to engage the kids in activities that were beneficial for fitness, and that they would have fun doing,” says Femi Akinduro, a third-year kinesiology student and member of the Varsity Blues track and field team who worked as one of the instructors for the program.

“I got the impression from the kids that they were enjoying participating in the activities and just enjoyed being around other kids. Many of them mentioned that all they did before signing up for this program was stay home and play video games, so I think they really appreciated the social interaction they have been missing for several months.”

Mia Workman, a varsity volleyball athlete going into her second year of kinesiology, made a similar observation.

“The kids seemed to enjoy the program a lot – mainly because they were able to interact with other children their age outside their homes and do some much needed physical activity,” she says. “They loved the adaptations we made to the games to maintain physical distance and were able to make the best of what we had.

“The parents were happy to hear about how much fun their children were having during the day and they seemed pleased to hear about the safety measures we were taking.”

The instructors had to be creative to ensure the physical distancing guidelines were being followed. For example, when playing tag and capture the flag, the children used pool noodles to tag one another so that they remained six feet apart.

“We did so many sports and activities with the kids, but I think everyone’s favourite was dodgeball,” says Brianna Dover, a fourth year kinesiology student who plays hockey on the intramural team. “Things got very competitive with that one.”

Dover says many of the kids mentioned it was their first time away from their home in the company of someone other than their immediate family since the pandemic began.

“Kids are always very energetic, but this year they all seemed very eager to participate and play sports with other children their age, as well as connect with the staff,” she says. “I also noticed that they seemed to become closer with one another – maybe because the groups were much smaller than normal.”