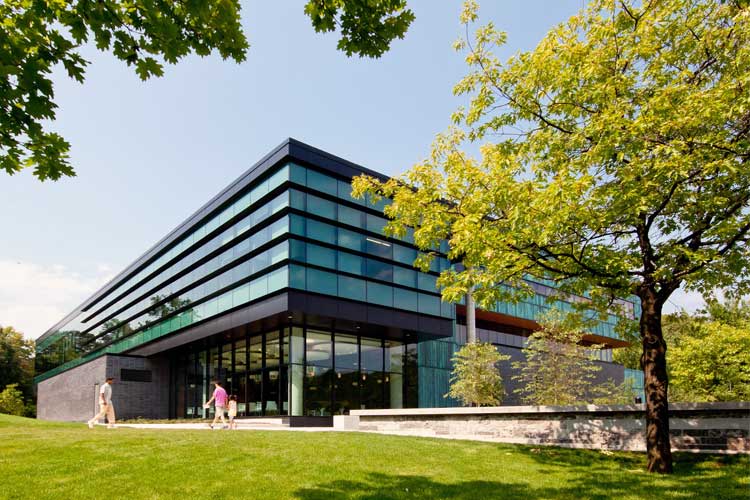 U of T Mississauga campus (photo by Scott Norsworthy)

The University of Toronto Governing Council approved the appointment at its May 19 meeting. Krull, a distinguished researcher and teacher, has a strong record of service and leadership at U of T. In 2015, he was appointed UTM’s acting vice-president and principal for six months during Professor Deep Saini’s administrative leave. Before this, Krull served at UTM as vice-principal, special initiatives (2012-2016); vice-principal, research (2003-2013); vice-dean, graduate (2006-2008); and associate dean of sciences (1994-1999).

“I am honoured to have the opportunity to serve as interim vice-president and principal at such a period of transition in the history of UTM,” said Krull. “On the cusp of UTM’s 50th anniversary, we have a number of exciting challenges ahead as we continue to transform our campus and our place within the University of Toronto.

“This will be a most opportune time for the UTM community to rally together to lay the groundwork for success in the years ahead.”

Krull has also held leadership roles, both locally and internationally. These include: chair of the Healthy City Stewardship Centre, vice-chair of Advantage Mississauga, and a member of the Scientific Advisory Board of the Europtrode Conference series. Awards and honours include the Faculty Teaching Excellence Award at UTM, the Paul W. Fox Alumni Award at UTM, the University of Toronto Faculty Award, the Life Sciences Ontario Community Service Award, the inaugural Outstanding Contributor Award from the School of Continuing Studies, and the McBryde Medal and the Maxxam Lecture Award from the Canadian Society for Chemistry.

Krull is recognized as one of the leading analytical chemists in Canada, and holds the AstraZeneca Chair in Biotechnology. His interests focus on bioanalytical research and the development of molecular diagnostics technology for biomedical and environmental applications. He received his PhD from U of T (1983), has over 200 refereed publications and eight patents, and has supported four start-up companies.