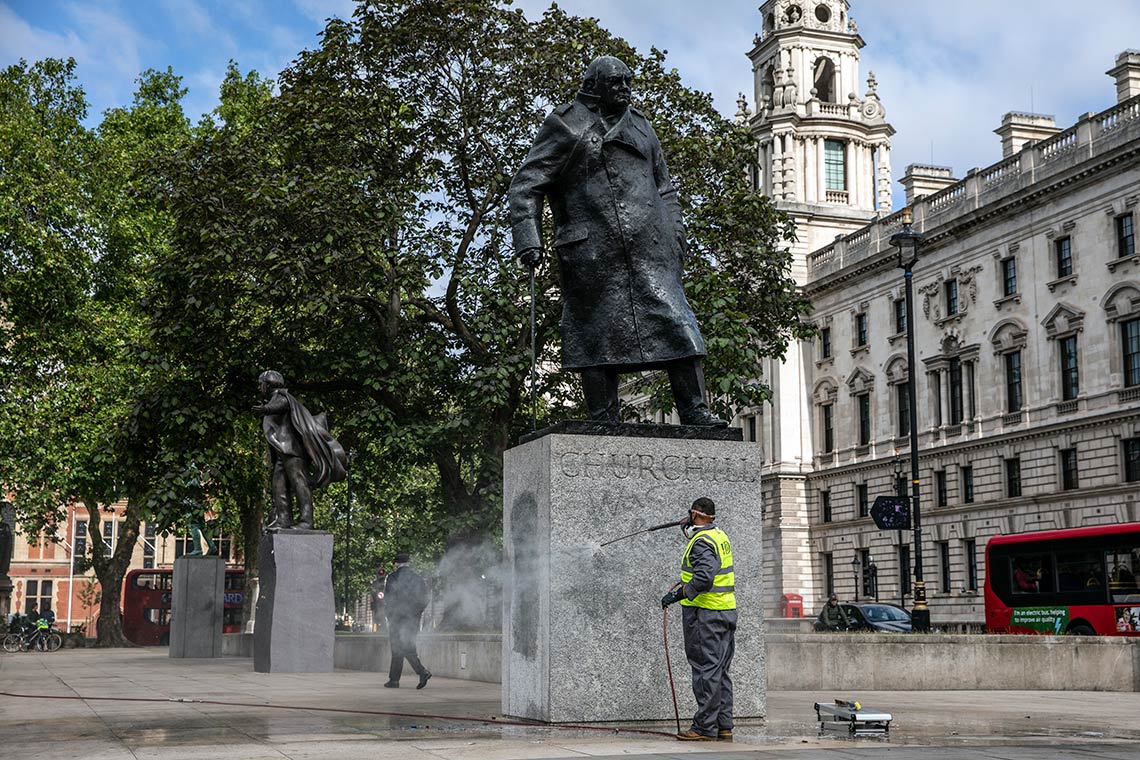 With a recent rise of anti-racism movements across the globe prompting reflection on how we label our public landscapes, University of Toronto alumnus Omar El Sharkawy decided to study the origin of several high-profile road names in Mississauga, Ont.

His research, undertaken during a one-year internship program with Heritage Mississauga, resulted in Colonial Connections and Naming Mississauga, a five-part series on the decision-making behind some of the city’s street names and the ideological dynamics that were at play.

“Road names subtly reflect the power relationships and politics in a given time and place,” says El Sharkawy, a graduate of U of T Mississauga’s historical studies program. “We tend to look at these names with a modern lens and cast judgment, [so] I tried to contextualize the names by illuminating the history surrounding how they were chosen.

“Understanding this context allows us to be more informed about how we address issues of racism and marginalization.”

Mid-20th century Mississauga was characterized by a new wave of British-influenced Anglo-Canadian nationalism, according to El Sharkawy. Drawing on a mix of primary and secondary source materials, he explains how Mississauga strengthened its attachment to the “motherland” through municipal decisions that imprinted British names onto the cityscape even as postwar Canadian national consciousness began shedding its Britishness and redefining its identity.

One example El Sharkawy shares is Winston Churchill Boulevard, a major north-south roadway commemorating the accomplished British statesman and wartime leader. The road was renamed from Town Line in 1965 following Churchill’s death – and the same year Canada grew more into its own distinct nation by adopting the new maple leaf flag – at the suggestion of Ron Searle, an English-born Mississauga councillor who served as mayor from 1976 to 1978. Searle was supported by his fellow conservative political peers.

“Searle and his peers had a specific interpretation and perspective regarding Churchill’s legacy, and they were certainly not a minority around the world given the enduring Churchillian legacy of the Second World War,” Sharkaway writes. “Concurrently, they did not speak for all of Mississauga’s citizens, nor did they entirely represent the most popular nationalism of postwar Canada.”

Today, Winston Churchill Boulevard is the focus of a renaming movement because of Churchill’s disparaging comments about some BIPOC groups. So is another road El Sharkawy explored in his research: Dundas Street, the major east-west artery connecting Toronto to Mississauga and other southwest Ontario cities. John Graves Simcoe, the British army general and the first lieutenant governor of Upper Canada from 1791 to 1796, named the street after Henry Dundas, the 1790s British Home Secretary and abolitionist obstructionist.

As El Sharkawy explains, naming the street “Dundas” was part of Simcoe’s “British settler project…that enforced a colonial ideology via the developmental and toponymic restructurings of the landscape.”

Toronto City Council recently voted to rename the street to promote the inclusion of marginalized communities.

“Omar’s research couldn’t be more timely,” says Matthew Wilkinson, a historian with Heritage Mississauga who is El Sharkawy’s research supervisor. “He did an amazing job of putting historical street naming in Mississauga into the context of the times.”

El Sharkawy’s series is being published in Modern Mississauga’s online magazine and can also be found on the Heritage Mississauga website.