U of T meta-study finds heart-healthy effects of soy over time – despite U.S. move to revoke health claims 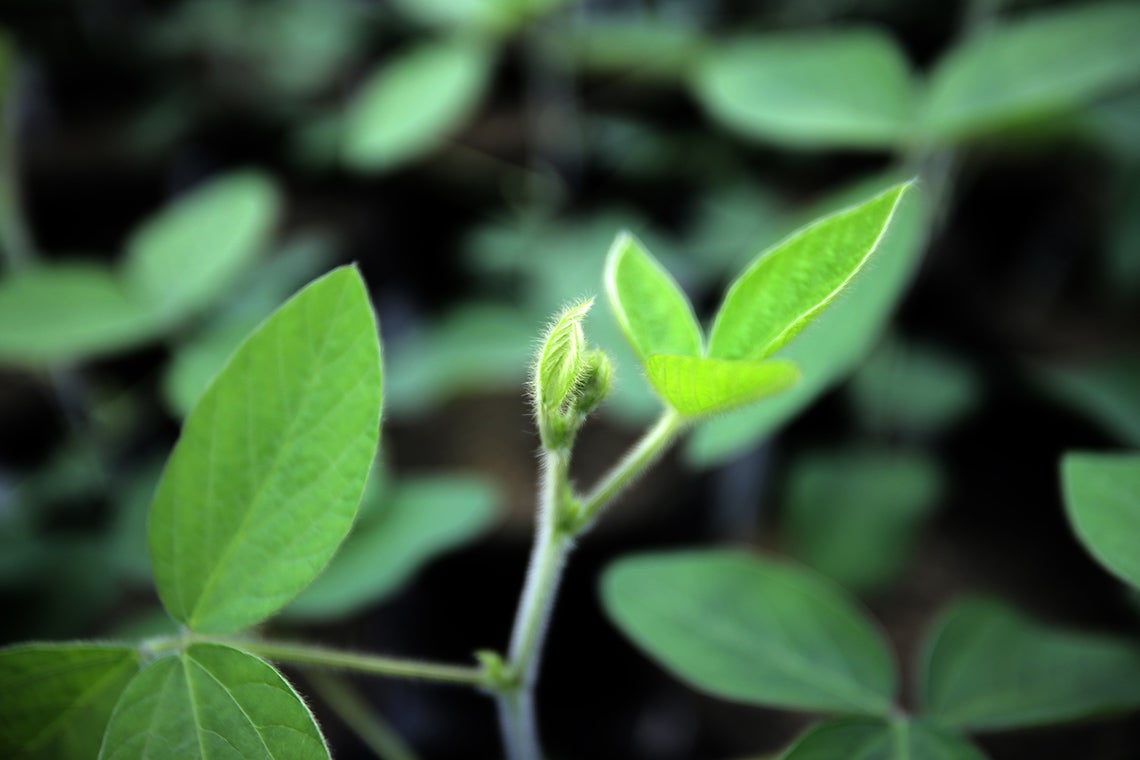 A soy plant grows in a greenhouse in Cambridge, Mass. (photo by LaneTurner/Boston Globe via Getty Images)

Researchers at the University of Toronto have found a consistent cholesterol-lowering effect for soy protein after studying pooled data from dozens of clinical trials that span the last two decades.

The study, published recently in the Journal of the American Heart Association, calls into question the U.S. Food and Drug Administration’s proposal to revoke the health claim for soy protein and heart disease.

“At no time since the original claim for soy as a reducer of serum cholesterol has its ability been in question,” says David Jenkins, a professor in the departments of nutritional sciences and medicine in U of T’s Faculty of Medicine.

“It’s been consistent since 1999. The data have not changed.”

The researchers showed a reduction in both total cholesterol and low-density lipoprotein cholesterol, which can damage the heart. The effect is steady across all 46 trials that the U.S. FDA cited in 2017, when it first proposed to revoke the health claim for soy based on recent trials that showed variable results.

“Sometimes you see a regression to the mean, where analyses with small studies produce big effects that diminish over time as sample sizes increase and results get more precise,” says John Sievenpiper, an associate professor of nutritional sciences at U of T and clinician-scientist at St. Michael’s Hospital who co-authored the study.

“We saw that with fish oil, for example. But in this case nothing has changed.”

The researchers performed a cumulative meta-analysis, which let them look at the effect of soy in all the trials combined, but at different points in time with the addition of data from each new trial. The FDA will likely make a decision on the health claim for soy this summer. Options include a full retraction and retention of a qualified health claim.

“These data strongly support the rationale behind the original FDA heart-health claim for soy,” says Jenkins, who is also a researcher in the Joannah and Brian Lawson Centre for Child Nutrition at U of T and a clinician-scientist at St. Michael’s Hospital. “And it’s important to note that while the reduction in cholesterol was less than five per cent, if you put that together with other plant-based foods in a portfolio you get a much stronger effect.” 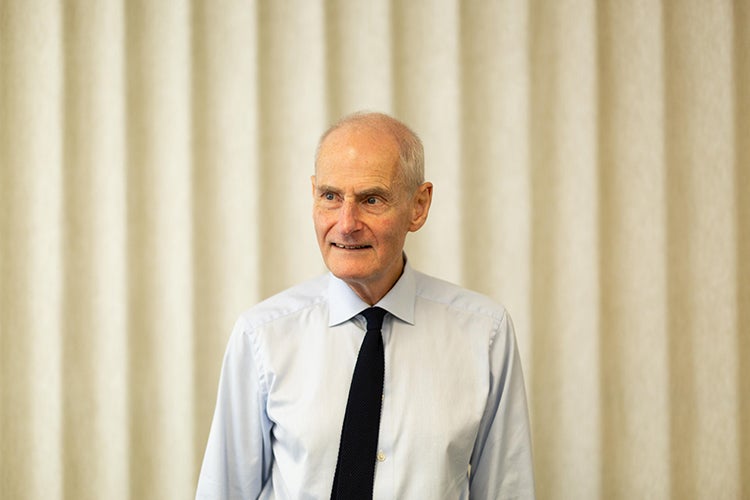 Professor David Jenkins, of U of T's departments of nutritional sciences and medicine, says the data supporting the heart-healthy effects of soy have been consistent since 1999 (photo by Mark Bennett)

Jenkins and his colleagues in the 1980s pioneered the glycemic index, which shows the effect of various foods on blood sugar levels. More recently, he helped develop a dietary portfolio that includes nuts, plant-based protein, viscous fibre and plant sterols, which together can lower risk factors for heart disease by up to 30 per cent.

This portfolio of foods has been incorporated into dietary guidelines by Heart UK and the European Atherosclerosis Society, among others. Health Canada released a national food guide that encourages plant-based eating this year, and the U.S. FDA maintains health claims for several other plant foods in the dietary portfolio.

“It’s disheartening that the FDA has focused on soy,” says Jenkins. “We see similar data for other foods in the portfolio. If you knock out one leg of that stool then the others could be up for grabs – right when concerns about health and the environment are bringing plant-based eating into the mainstream.”

Companies such as Beyond Meat and Impossible Foods have seen huge growth this year with plant-based alternatives to meat. Burger King plans to offer its soy-based burger throughout the U.S. by the end of 2019.

“We’re moving into an age of plant-based protein, and it would be a shame to see that shift undermined,” says Jenkins. “Plant-based food producers, industry and retailers need all the help they can get to make their products accessible.”

Note: The researchers have received support from government, non-profit and industry funding sources, including some companies and industry groups that produce or promote soy and other plant-based foods.