U of T Libraries’ giant collection of tiny books 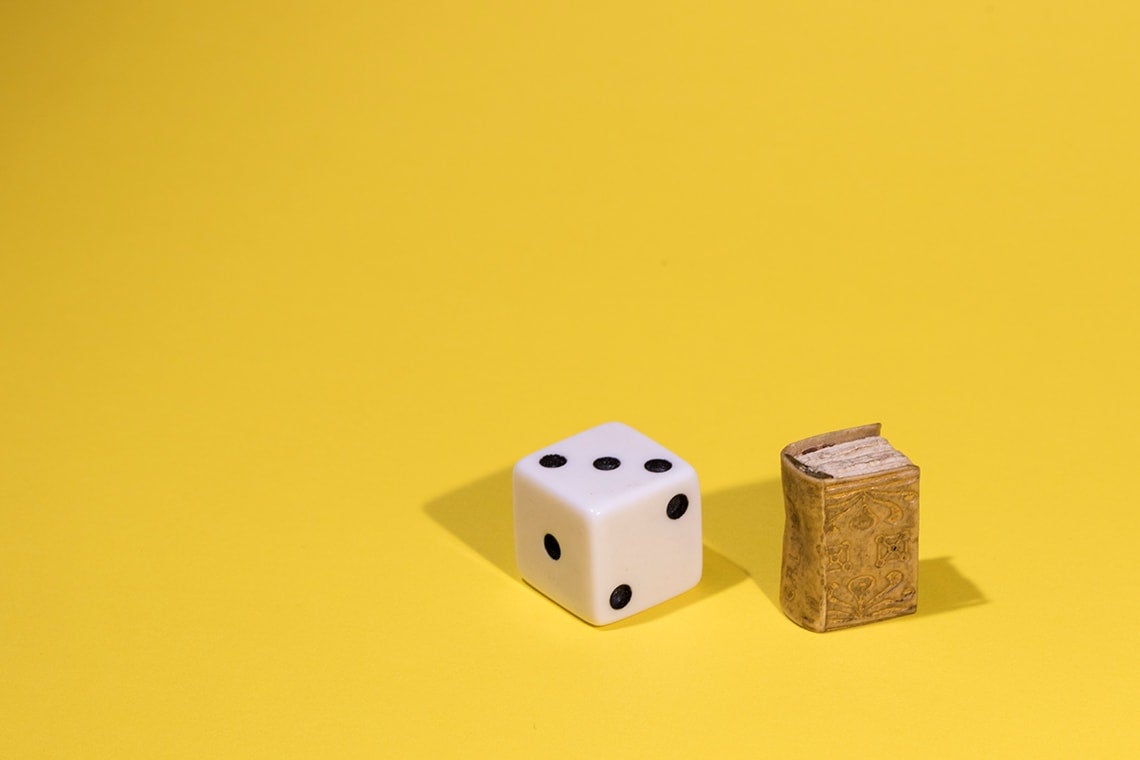 Letter from Galileo to the Grand Duchess Cristina, published in Italy in 1897, was probably a collector’s item, with its vellum binding. (photo by Geoffrey Vendeville)

University of Toronto Libraries has a few thousand mini titles  – some even smaller than a paperclip.

The collection spans religious manuscripts from the Middle Ages to a modern edition of Romeo and Juliet that's fit for a doll.

U of T News visited the Thomas Fisher Rare Book Library and librarian David Fernandez to learn more about seven of these tiny treasures. 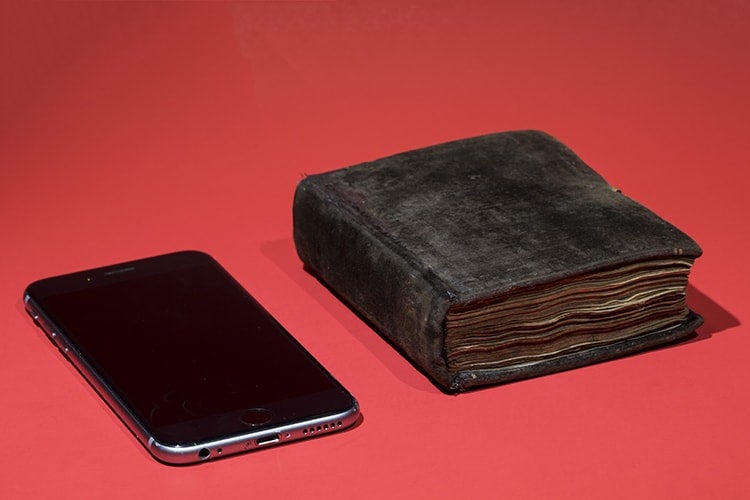 Nowadays, most people don't leave the house without their smartphone. But in the Middles Ages, they carried the book of hours, a prayer guide for the eight canonical hours of the day.

“The book was kept close to your body,” Fernandez says.

And like an iPhone, it could be personalized. “The binding would have been customized so the person who orders the book of hours, their personality, their religion, even their region and language, were captured in the book."

This is U of T Libraries’ oldest printed book from the Americas, published about a century after the introduction of the printing press to the New World.

The book of spiritual exercises and theology is small so readers could easily carry it with them where they went.

The black mark across its pages wasn't made by a clumsy library patron. It's a marca de fuego. “This was a tradition popular in Spain, Italy and later the New World," Fernandez explains. “A lot of the libraries of seminaries or churches would mark their books using a firebrand so that way they can identify items in their collection, because books were very valuable at the time.” 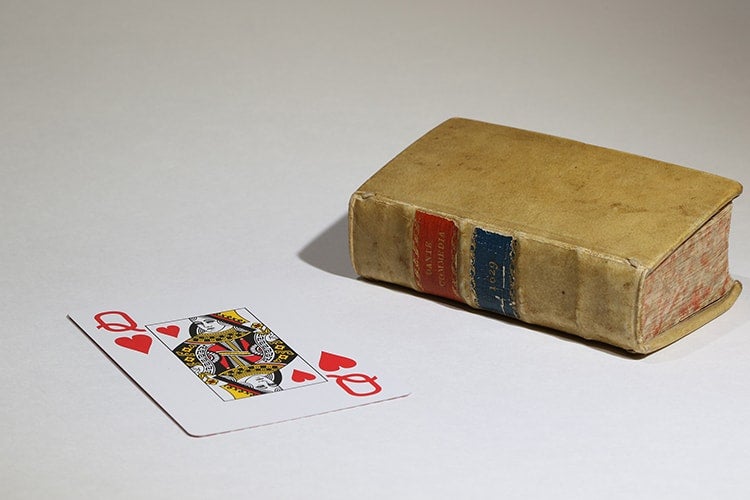 By the 17th century, religious literature wasn't the only material being printed in tiny editions. Hence this Divine Comedy-to-go.

“The Divine Comedy is such an important book and one that people have a very personal connection to,” Fernandez says. “They would learn different cantos by memory and recite them, using something like this to practise. ...The size tells you it was used for very personal and maybe constant reading.” 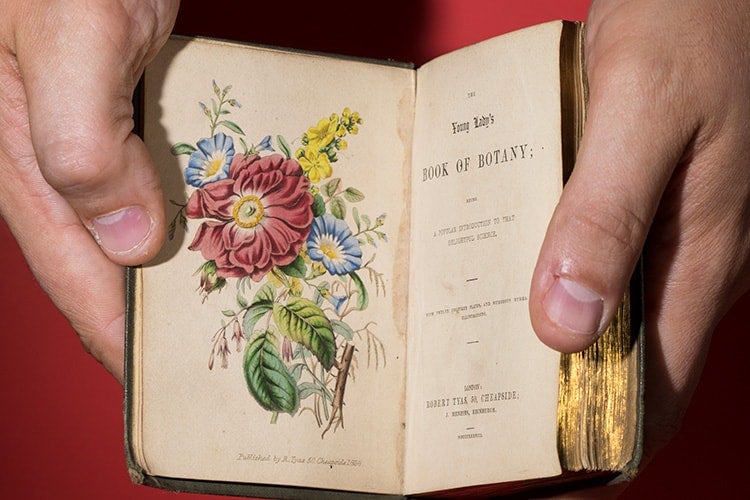 The 19th century was the heyday of the mini book. This guidebook on botany for “the young lady” was part of a wider tradition of Victorian books on the natural world, from bugs to seaweed. “A lot of these books have a very pedagogical and also Christian approach to them,” Fernandez says. 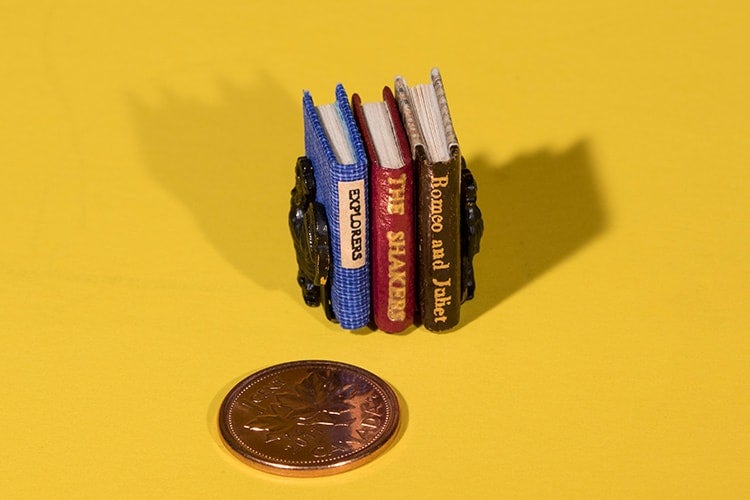 Though the era of the tiny book was long past by the late 20th century, it was not forgotten. Tiny-book nostalgia inspired a small press in Winterport, Me. to produce a set of mini marvels. Although they are novelties, all but a few of them contain actual text. 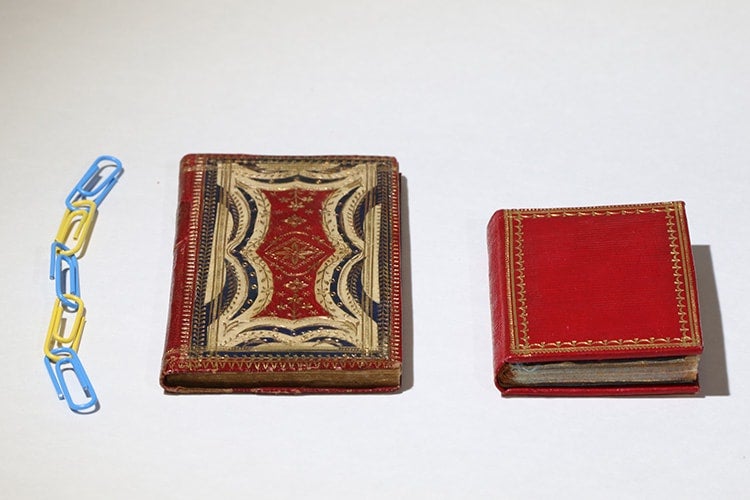 Showing off is a custom even older than the miniature book.

These two almanacs with intricate covers and bindings were early examples of conspicuous consumption, Fernandez says. “Something like this wasn’t cheap. Readers invested in this because it was something they carry, and when they took it out of their pockets they would be making a statement.”

7. Letter from Galileo to the Grand Duchess Cristina (Italy, 1897) 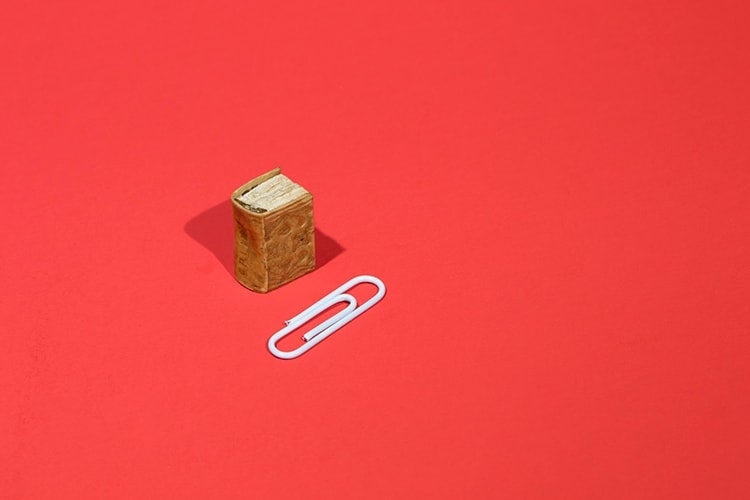 Galileo wrote his friend, Cristina di Lorena, in 1615 about reconciling religion and science – 18 years before he was tried for heresy. This mini version could have been a collector’s item, Fernandez says.

“In the 19th century with more technologies available, people get more creative. If you look at this one, it’s bound in vellum [fine-grained animal skin] and it tries to imitate the style of the original 17th century letter.”